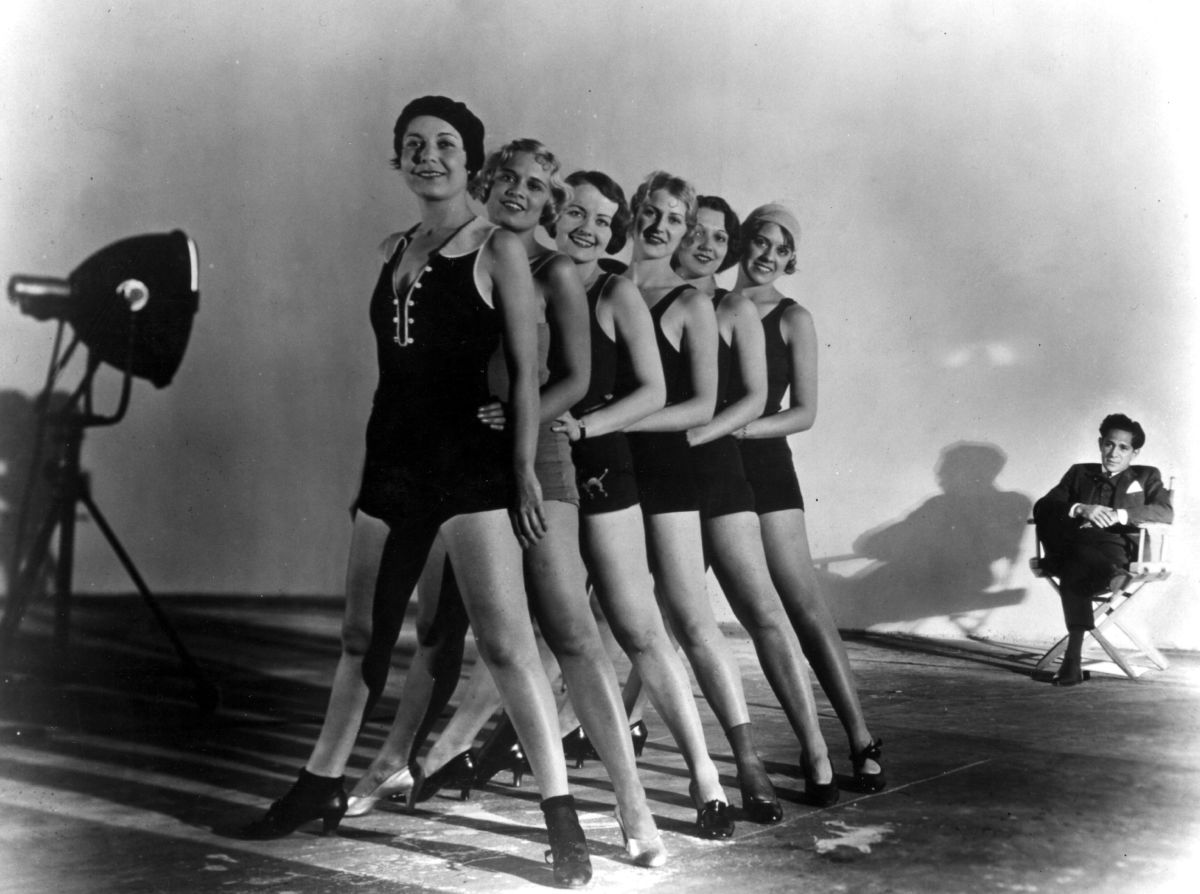 In the late 1930s, MGM was the pinnacle of Hollywood studios, renowned for having more celebrities than the night sky.

Patricia Douglas, however, was not one of them.

She was a young woman who aspired to be an actress and lived with her mother, who had never had any sexual experiences – until the fateful night when she was invited to participate in what she believed was a film shoot.

In reality, Patricia was one of many underage women brought in to entertain hundreds of salesmen who had flocked to Los Angeles for an MGM convention.

As the night progressed, cigar smoke filled the room and champagne bottles were opened.

By the end of the evening, Douglas, then a 20-year-old virgin (reports at the time, and with the above photo, wrongly said she was 17), was the victim of rape.

Despite pressing charges against salesman David Ross, powerful men conspired against her, and the case was dismissed.

Douglas was left devastated and became a recluse, refusing to talk about the incident for decades, until screenwriter and film historian David Stenn tracked her down and uncovered not only the truth about what had occurred but also a web of illicit ties between MGM executives, the DA’s office and even the doctor who examined the young woman.

That investigation is the subject of Stenn’s 2007 documentary, Girl 27. Here he discusses the story with The Hollywood Reporter:

What exactly happened to Patricia Douglas?

MGM held a convention in May of 1937 to reward its salesmen for the best fiscal year the studio had ever had. There was a ticker-tape parade.

They rented out the Ambassador Hotel. There was a lunch with all the stars. And the culmination was a private party held at the Hal Roach Ranch, which is now Beverlywood.

The dancers selected were told to report to Western Costume, where they were fitted in skimpy cowgirl outfits, then sent to the studio and bussed to this remote location — where there were no lights, cameras or crew.

Instead, after dark, the 282 conventioneers arrived; it was a party, and these dancers had been tricked, then trapped into service.

As it proceeded, these men got drunker and drunker and assumed these young girls wearing provocative outfits were party favors. And the girls had no way of escape.

And Douglas was raped?

One MGM salesman, David Ross, had been following her, trying to get her to teach him how to “truck,” the latest dance craze.

He and another man held her down and poured liquor down her throat. She felt sick and went outside; Ross followed her, dragged her to a car in the parking area and brutally raped her.

The parking attendant saw her trying to flee, but later lied under oath and denied it.

Douglas hired an attorney and sued. What went wrong?

The California state court dismissed her suit without prejudice, meaning it wasn’t a matter for state court. Patricia went to federal court. She did everything she possibly could, tried every possible legal recourse.

You found there was collusion among some powerful people in the studios and some of the attorneys.

There was also a campaign of character assassination. The studio hired Pinkerton detectives to interview people and coerce them to lie and claim she was promiscuous and had a venereal disease.

Because that’s the only “defense” they had: if they could prove she was a slut, then she wasn’t capable of being raped; “sluts can’t be raped” was the mindset at the time.

What other evidence supports her?

The children of the parking attendant [who saw her trying to escape] admitted that he had perjured himself to say that he hadn’t seen anything.

And there was a three-page letter I found [from publisher William Randolph Hearst to Louis B. Mayer], saying, “Shut this down, make her stop. Do you realize how damaging this is to the whole movie picture industry?”

You have the absolute pinnacle of powerful people in the industry worrying about this chorus girl, and how would it look if the general public discovered they’d spent so a small fortune on a private stag party where underage girls had been essentially offered to visiting conventioneers, with 300 cases of champagne for the 282 men.

The idea was to shut her up and shut her down, and they succeeded.

How common was this back then?

Not only was rape common, but in many cases, it wasn’t even considered rape. Remember, you’re talking about an era when the biggest movie star in the world, Clark Gable, routinely manhandled women; that was his persona onscreen.

Women were told, if rape happened to them, it was their fault, they must have incited it. Women in that era were treated by men as objects. And, of course, the movie industry commodified women.

When you started looking into the story, what was the biggest obstacle?

Then she kept testing me, because why should she trust me? But I persisted. I couldn’t bear the thought of this woman suffering alone and keeping a secret that was, six decades later, still weighing her down with shame.

Then when I was at her home, with about a dozen photographs of various characters from that period, she got to the picture of the rapist and her whole body started to vibrate like a tuning fork. She locked onto that face, started shaking, and just said “Bastard.”

Afterwards, I asked her, “So you haven’t seen that face since 1937?” And she said, “I see that face every night in my dreams.”

How has this changed your thinking about Hollywood?

I love Golden Age movies just as much as I always did. On the other hand, you had what was essentially a totalitarian state run by moguls, and there were many human casualties along the way. Patricia was one that lived to tell the tale, but the rest of them didn’t.

It’s a tragic and disturbing story, but it’s one that needs to be told. We must not forget the victims of these kinds of crimes and the ways in which they were mistreated and silenced.”

This is a dark chapter in Hollywood’s history, but it’s important to remember and learn from it, so that similar incidents don’t happen again.

As a society, we must continue to work towards creating a safer and more just environment for all individuals, regardless of their gender, race or background.