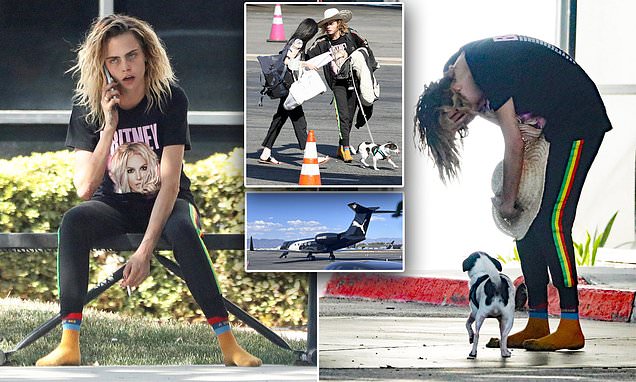 Being a celebrity’s personal assistant may seem like an exciting and glamorous position, but the reality is far from it.

From sleeping in the same bed with their bosses to carrying out strange and outlandish demands, Hollywood assistants have revealed the shocking truths behind working for the rich and famous.

One such assistant is Jennifer O’Neill, who has recently made headlines for her lawsuit against former boss, Lady Gaga.

In court documents, O’Neill testified that her job as Gaga’s personal assistant involved being by her side “virtually 24 hours a day, seven days a week.”

This included sleeping in the same bed with her, as Gaga allegedly did not sleep alone.

Another assistant, Rebecca White, who used to work for supermodel Naomi Campbell, revealed that the model had very specific requirements for her hotel suites.

White claimed that Campbell demanded 25 lily-scented candles to be placed in specific spots before she would stay in any hotel room.

“There always had to be five candles in the bathroom, 10 in the bedroom and 10 in the living room,” White said.

Frank Sinatra’s former butler, George Jacobs, also had an interesting job while working for the singer.

In his memoir, Mr. S: My Life With Frank Sinatra, Jacobs revealed that he had to spray cover-up on Sinatra’s bald patch every day.

Sometimes, the demands of Hollywood bosses can be as simple as needing more toilet paper. Bonnie Low-Kramen, co-founder of New York Celebrity Assistants, told the New York Post that a PA based in New York once received an “urgent” phone call from her actor boss at 4am.

He was five hours ahead in London and was asking her to call the hotel because his bathroom was running out of toilet paper.

Other times, the demands are even more peculiar. Lydia Whitlock, former Hollywood assistant, has written a book charting the outrageous requests she has received.

One of which was a boss who screamed at her because the butter that came with his lunch was too warm.

From then on, every day, she had to squeeze the packets of butter to make sure they were the right temperature.

An anonymous assistant who worked for an executive producer of a major national news show, revealed that the bigwig had strange requests, including wanting the assistant to have conversations with each of his cats, and asking the assistant to report back on how each cat “responded.”

Lilit Marcus, author of Save The Assistants: A Book For The Beleaguered, kept an email from an unnamed but apparently well-known Hollywood manager.

The note included requests such as “My alarm clock rings funny – find one that’s more soothing,” and “Are bagels different with LA water? They seem different. Find out!”

Perhaps one of the most bizarre demands of all, an award-winning cinematographer and his family once asked their assistant to film his wife giving birth.

The unnamed former assistant said, “They said I was the only person they trusted enough to handle this task. While I was terrified at the thought, I did it.”

These tales paint a picture of the demanding, and often strange, world of being a personal assistant to a celebrity.

The job may seem glamorous, but these stories serve as a cautionary reminder of the reality behind working for the rich and famous.