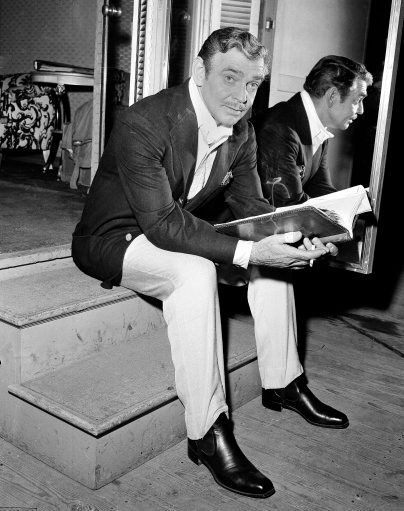 Eddie Mannix, a fixer for MGM Studios, was a key figure in the company from its early days until his death in 1963.

Mannix, who was described as both a straight shooter and a gangster, was involved in covering up a wide range of scandals and misdemeanors, including car accidents, pregnancies and more serious issues.

Despite his role in these controversies, Mannix was also credited with keeping MGM financially stable and contributing to the studio’s longevity.

Mannix’s role at MGM was that of an all-around fixer. He worked closely with Howard Strickling, the head of publicity, who ensured that scandals did not make it into the press.

Strickling would often provide reporters with alternate stories or stories about other stars as a distraction, while Mannix took care of making the scandals disappear.

Mannix would also call in gangster friends to help discipline unruly stars and he would read every telegram sent or received by the studio, including personal messages, in order to stay on top of any potential scandals.

Despite his reputation as a tough and uncompromising figure, Mannix also had close relationships with some of the studio’s biggest stars, such as Clark Gable and Spencer Tracy.

The two actors were regular patrons of a high-end brothel run by Lee Francis, located across the street from the Sunset Tower Hotel.

This brothel was a common hangout for Hollywood men and played a role in the way the studio entertained important out-of-town clients.

One of the most significant scandals that Mannix was involved in was the story of Patricia Douglas.

In May 1937, MGM had planned an annual sales convention in Culver City, California. In the lead-up to the event, men from the East Coast who sold MGM’s movies boarded a private railcar for the trip across the country.

During the journey, they spent their time drinking, partying and engaging in sexual misconduct.

One of the men, David Ross, invited Patricia Douglas, a dancer and MGM extra, to a party at the convention.

Ross and other men at the party then raped and sexually assaulted Douglas, and a subsequent investigation revealed that MGM had covered up the incident and paid off Douglas to keep her quiet.

“He had a sign on his desk reading, ‘THE ONLY STAR AT MGM IS LEO THE LION!'”

Despite the severity of this and other scandals, Mannix’s reputation as a fixer allowed him to maintain his position of power at MGM.

He was able to keep the studio financially stable and protect its reputation, but his actions also had a significant impact on the lives of those involved in the scandals.

Mannix’s story serves as a reminder of the darker aspects of Hollywood’s past and the ways in which powerful figures were able to cover up and silence victims of misconduct.