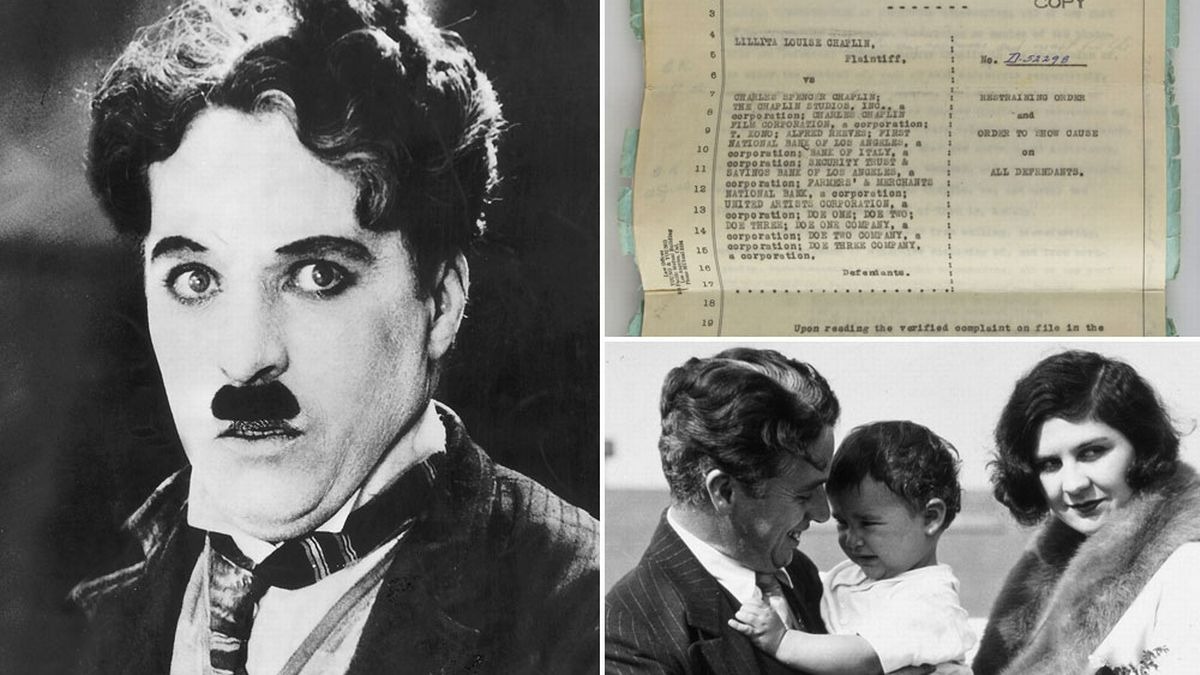 Charlie Chaplin’s divorce papers from his marriage to Lita Grey have been uncovered, shedding light on the film star’s alleged mistreatment of his teenage bride during their brief union.

The papers are set to be auctioned off for an estimated £15,000 in Devon, UK.

Chaplin, who was 20 years Grey’s senior, married the 16-year-old in 1924 and they divorced just three years later.

The papers reveal that Chaplin had promised to marry Grey after sleeping with her while she was still underage, and that he attempted to convince her to have an abortion when she became pregnant.

On their wedding night, Chaplin reportedly confided in friends that the marriage was a better option than facing potential prison time.

The papers also claim that Chaplin called Grey a “gold digger” and that he delayed marrying her after she became pregnant in an attempt to persuade her to have an abortion.

The divorce papers, which are around 50 pages long, also include an order preventing Chaplin from moving his assets before the settlement so that it would not affect the court proceedings.

Only about 16 copies of the divorce proceedings were believed to have been made, with one being sent to Chaplin himself and the others being sent to various film companies and banks involved in the proceedings.

The papers for sale in Devon were sent to the 1st National Bank of Los Angeles on January 11th, 1927.

John Cabello, the owner of Parade Antiques, where the papers are being sold, said that they were found by a person in America who had been clearing out old documents at a bank and was told they would be thrown away.

He decided to keep them instead.

Rob Morrish, who runs the website for Parade Antiques, spent a week researching and carefully handling the fragile documents.

He said that the papers reveal intimate details of the couple’s unstable relationship and that they were likely an attempt by Grey’s lawyers to tarnish Chaplin’s reputation and gain a larger settlement.

In the papers, it was alleged that Chaplin slept with the ‘virtuous and inexperienced’ Lita when she was barely 16 after promising to marry her.

On their wedding night Chaplin was said to have told friends that the marriage was a better option than prison.

He said to Lita: ‘This marriage won’t last long, I will make you so damn sick of me that you won’t want to live with me.’

The papers also contain an order stopping Chaplin from moving his wealth before the settlement so it would not affect the court proceedings.

They reveal intimate details of the couples unstable relationship, believed to be an attempt by Lita’s lawyers to tarnish Chaplin’s reputation and gain a bigger settlement.

Mr Morrish said: ‘They met on set of one of his films and he seduced her as a young woman. It was frowned upon but he tried to make the most of the situation. It’s a sad story really. He was a very powerful and influential man and she was just a young girl.’

Charlie Chaplin was one of the most iconic figures in the film industry during the early 20th century and is considered a pioneer of the silent film era.

These divorce papers paint a darker picture of his personal life and treatment of those close to him.