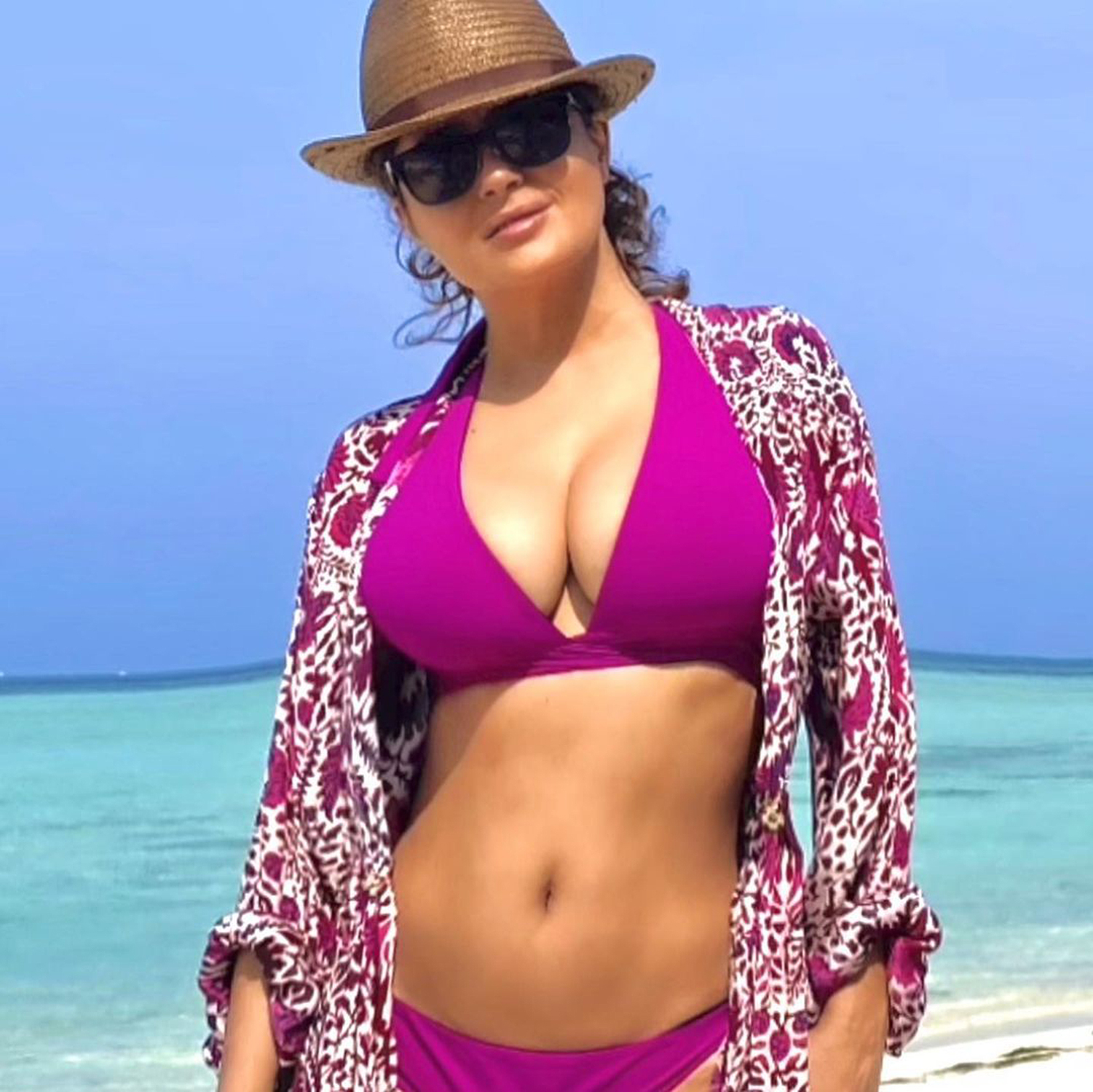 Salma Hayek has recently revealed that her breasts have grown significantly over the years.

In an episode of Red Table Talk, the 54-year-old actress explained that she hasn’t had plastic surgery, but that her bust has increased “many, many sizes” due to menopause and other life events.

“A lot of people said that I had a breast augmentation. I don’t blame them! My boobs were smaller! So was the rest of my body,” the 54-year-old actress acknowledged.

Hayek said that she has noticed that some women’s breasts get smaller during menopause, while others experience growth.

She added that she has experienced growth in all three instances: when gaining weight, giving birth, and during menopause.

The sudden growth has taken a toll on Hayek’s back, but she has come to accept it.

She said that not a lot of people talk about this side effect of menopause, and that she wanted to raise awareness.

Hayek also discussed the narrative around women aging in Hollywood and in general.

She said that there is no expiration date for women and that they should be able to dream, be romantic, and hold their own at any age.

Hayek has several projects in the works, including a starring role in The Hitman’s Wife’s Bodyguard alongside Ryan Reynolds.

She is also working on an HBO Max series about menopausal breasts, which is based on Leslie Lehr’s memoir A Boob’s Life: How America’s Obsession Shaped Me…and You.

In a statement to Deadline, Hayek said that she and her team are grateful that HBO Max was “insightful and bold enough” to develop the show with them.

She added that the show uses breasts as a metaphor for the constant judgment women face, and the feeling that no matter what they do, they are never enough.

Hayek has been a successful actress for many years, with notable roles in films such as Desperado, Dogma, and Frida.

She has also lent her voice to several animated films, including Puss in Boots and The Prophet.

Hayek was born in Coatzacoalcos, Veracruz, Mexico, and grew up in a middle-class family. She studied international relations at university before dropping out to pursue acting.