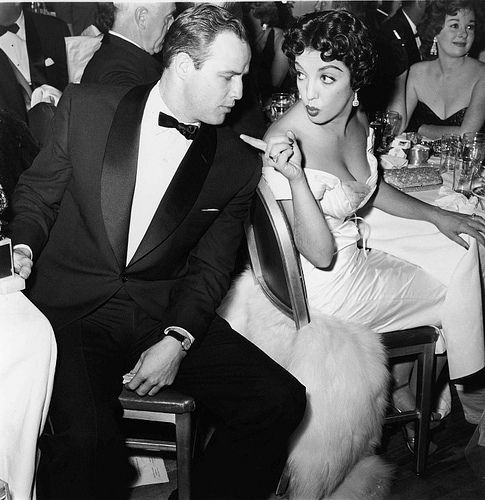 Rita Moreno has been an accomplished actress for decades, with a career that has spanned both stage and screen. She has won numerous awards, but her personal life has also been full of interesting moments.

One of the most notable of these was her relationship with Marlon Brando, which was tempestuous, to say the least.

According to InStyle, Moreno first met Brando when she was 22 years old. She had caught his eye on the cover of a magazine, and he wanted to meet her. When they finally did, they were immediately drawn to each other.

“From the moment we met, I felt that a web had been spun between us, drawing me to Marlon,” Moreno said. “Amazingly, he felt the same way, and made no secret about it.”

Despite the initial attraction, their relationship was far from smooth sailing. Brando was known for his philandering ways, and he continued to date other women even as he was with Moreno.

She wanted him to marry her, but he was not interested. He also went to great lengths to keep their relationship a secret. This was a source of great pain for Moreno, who was deeply hurt by Brando’s infidelity.

But she found a way to get back at him. According to Esquire, she discovered lingerie belonging to another woman in Brando’s home. As she struggled to come to terms with this betrayal, she received a phone call from Elvis Presley’s manager.

“Literally the next day, I get a phone call. ‘Rita Moreno? This is Colonel Parker. My client spotted you in the 20th Century Fox commissary. He’d like very much to meet you,'” she recalled.

Moreno knew that Brando would be jealous if she went out with Presley, so she agreed to meet him. Although she did not find the singer particularly interesting, their relationship had the desired effect on Brando.

“Marlon found out about it, and boy, was he upset,” she said. “Mind you, he’s the one who had the ladies’ underwear at his house. He got insanely angry. He was throwing chairs, and it was wonderful.”

Eventually, Moreno and Brando’s relationship came to an end when she became pregnant. Instead of marrying her as she had hoped, Brando paid for an illegal abortion.

Despite the unhealthy and painful parts of their relationship, Moreno still looks back on her time with Brando with fondness, even 67 years later.