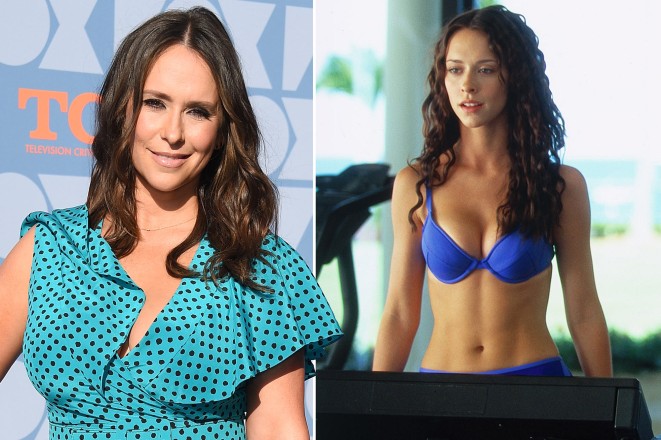 In an interview with Vulture, the Ghost Whisperer and Party Of Five star said she didn’t fully understand the toxic relationship she had with the media until watching the New York Times documentary Framing Britney Spears.

“The conversation for a very long time in my career was always about [my body] first — then, ‘Oh yeah, you were really great in the movie, too,’ later,” Hewitt told the publication.

“At the time that I was going through it, and interviewers were asking what now would be incredibly inappropriate, gross things, it didn’t feel that way. For some reason, in my brain, I was able to just go, ‘Okay, well, I guess they wouldn’t be asking if it was inappropriate.’ But now, as a 42-year-old woman with a daughter, I definitely look back on it and go, ‘Ew.’”

Hewitt’s comments come on the heels of the release of the controversial documentary Framing Britney Spears, which examines the singer’s rise to fame and the conservatorship she has been under for the past 13 years.

The documentary sparked a widespread conversation about the way the media treats young female stars, and has led many to call for a change in the way these women are treated.

Following the release of her 2001 rom-com hit, Heartbreakers, Hewitt said she began to resent reporters who wouldn’t focus on her acting amid promo for the film.

“I was disappointed that it was all about body stuff, because I had really worked hard in that movie to do a good job as an actress,” she said. “Now that I’m older, I think, ‘Gosh, I wish that I had known how inappropriate that was so I could have defended myself somehow or just not answered those questions.’ I laughed it off a lot of the time, and I wish maybe I hadn’t.”

Unfortunately, sexist comments and questions from the media are still common today. Hewitt hopes that films like Framing Britney Spears will serve as a tool of education for young women.

“When I watched that Britney Spears documentary, it hurt my heart a little bit, because I remember in hindsight having that feeling,” she said. “I’m really grateful that we’re in a time where, hopefully, that narrative is going to change for young girls who are coming up now, and they won’t have to have those conversations.”

Other stars have also spoken out about the way they have been treated by the media. Zendaya recently shut down a reporter who asked her what she looks for in a man while promoting her Netflix film Malcolm & Marie.

“What I most like in a person, how about that?” the Euphoria star quipped in response.

Hewitt’s comments highlight the continued prevalence of sexism in the media and the need for greater accountability and change. The entertainment industry has long been criticized for its treatment of women, particularly young women, and the way it objectifies and sexualizes them.

But there are signs that this may be changing. The success of the #MeToo movement and the increased visibility of women’s rights issues have brought greater attention to the problem of sexism in the media and entertainment industries.

And as more women speak out about their experiences and demand change, it’s possible that the industry will begin to see a shift in the way it treats women.

Hewitt’s comments are an important reminder of the need for continued advocacy and activism to create a more equal and respectful media landscape.

As women continue to speak out and demand change, it’s crucial that the industry listens and takes action to create a more equitable and respectful environment for all.

This can include more diverse representation in the media, better treatment of women in the workplace, and more accountability for those who engage in sexist or inappropriate behavior.

Additionally, it’s important for consumers to be aware of the way the media treats women and to support efforts to create a more inclusive and respectful environment.

This can include calling out sexist or inappropriate comments or behavior when we see it, and supporting media outlets and organizations that prioritize equality and respect for women.

It’s also crucial for parents and educators to teach young people about the dangers of sexism and the importance of treating women with respect. By educating the next generation about these issues, we can help create a more equitable and respectful future for all.