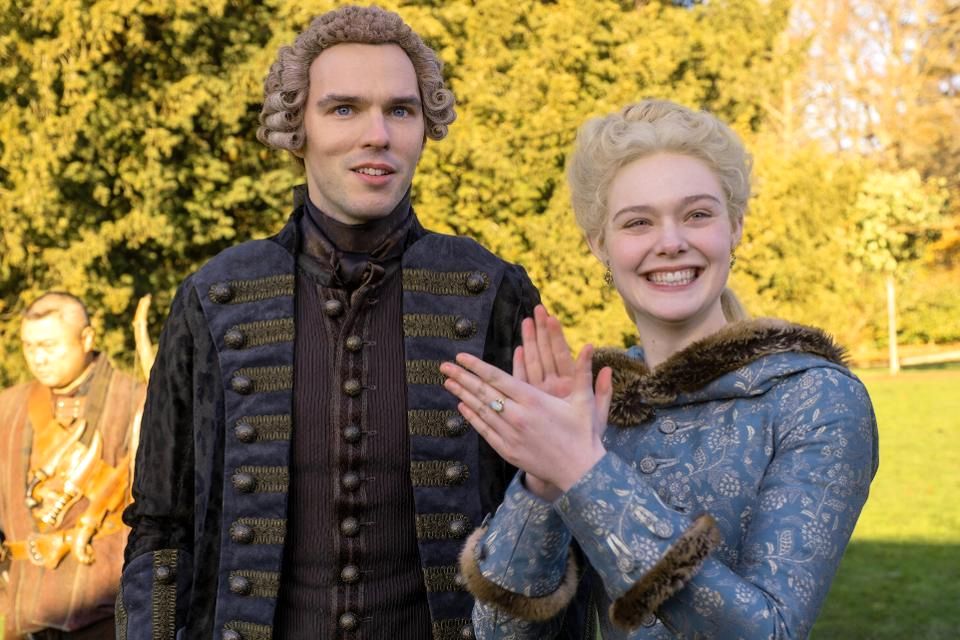 Actress Elle Fanning has revealed that she found the s-x scenes in her new show The Great to be “funny”.

In the series, Fanning plays Russian ruler Catherine the Great, and her co-star Nicholas Hoult plays her husband Peter III. Created by The Favourite’s Tony McNamara, The Great is a historical comedy that focuses on Catherine’s rise to power and her tumultuous marriage to Peter.

Speaking to Entertainment Weekly, Fanning discussed the show’s use of s-x scenes to highlight the contrast between Catherine’s marriage to Peter and her affair with Leo.

“We had an intimacy coordinator that was on set whenever we had those scenes, to make everyone feel good and make everything look real,” she explained.

“She [Catherine] was very open and free and loved s-x, so that’s obviously something that I wanted to touch upon. You see the young Catherine on her first wedding night and it’s not exactly how she was expecting it to go.”

Fanning went on to say that the s-x scenes with Hoult were particularly humorous. “I think with Peter and Catherine, their scenes are just totally to get an heir. That’s it. And Nick has to say some very bizarre lines that most of the time I was biting a pillow laughing so hard,” she said.

“I think we both like to challenge ourselves, Nick and I, and we’re trying to push each other’s buttons and he’s trying to make me laugh and trying to go there. So I think it really helps those scenes. But especially the scene where [they have to] count his thrusts to 100, that scene, we were dying.”

“There’s a real wide shot where we had to kind of go through the motions because we’re way in the background and the other characters are talking. And it was hard. We were just crying with laughter. So yeah, those days were actually quite enjoyable. They were funny.”

The Great premiered on Hulu on May 15 and has received positive reviews from critics. In addition to Fanning and Hoult, the cast also includes Sebastian de Souza, Adam Godley, Gwilym Lee, and Phoebe Fox. The show has been praised for its clever writing and strong performances, with Fanning’s portrayal of Catherine the Great being particularly well-received.

A sequel to The Great is already in the works, with McNamara set to return as the show’s creator and writer. It is not yet clear when the second season will be released or who will be returning to the cast.