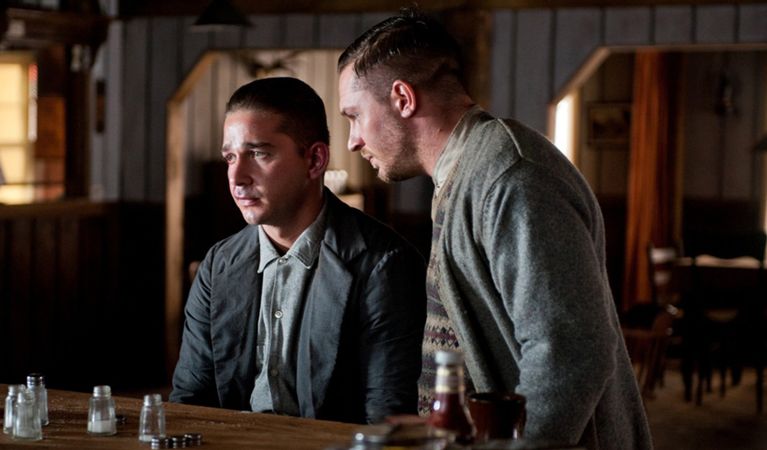 Hollywood star Tom Hardy has admitted that as a youngster, he had a number of gay relationships.

Since 2014, British actor Charlotte Riley and actor Tom Hardy have been happily married and have two children together. Hardy acknowledges that he experimented with sx, drink, and drugs when he was a single man in his teens and early 20s.

The Venom star admitted in an interview that “of course” he’s had sx with men because he’s “an actor for f*** sake.”

Here are the extracts:

Q: Have you ever had any sxual relations with men?

“As a boy? Of course I have. I’m an actor for *beep*’s sake. I’m an artist. I’ve played with everything and everyone. But I’m not into men sxually. I love the form and the physicality but the gay sx bit does nothing for me. In the same way as a wet vagina would turn someone else into a lemon-sucking freak. To me it just doesn’t compute now I’m into my 30s and it doesn’t do it for me and I’m done experimenting.”

Q: Have you done it all?

“Not all but I can imagine. We’ve all got an *beep* and I can imagine. It just doesn’t do it for me, sx with another man. But there’s plenty of stuff in a relationship with another man, especially gay men, that I need in my life. A lot of gay men get my thing for shoes. I don’t think I’m metrosxual but I’m definitely my mother’s son. I have definite feminine qualities and a lot of gay men are incredibly masculine.”

London-born Tom first gained notoriety on the big screen with Star Trek Nemesis and the 2009 blockbuster Bronson, in which he received praise for his portrayal of the infamously violent criminal Charles Bronson.

The former party boy, who has battled alcohol, drugs, and criminality to turn his life around, said in an interview with Now magazine: “A lot of people say I seem masculine, but I don’t feel it.”

‘I feel intrinsically feminine. I’d love to be one of the boys but I always felt a bit on the outside.

‘Maybe my masculine qualities come from overcompensating because I’m not one of the boys.’

Hardy implies that sxuality is more fluid than most people admit and that men experiment with other men — as he did once.

“It’s such a tradition of London gangsters, the gay thing, what with the Krays… I wouldn’t like to say. I really wouldn’t. It’s an unsaid, un-talked about thing. The military get it as well. Sxual relations with men in situations where it’s a necessity, like prison, are different from being homosxual.”