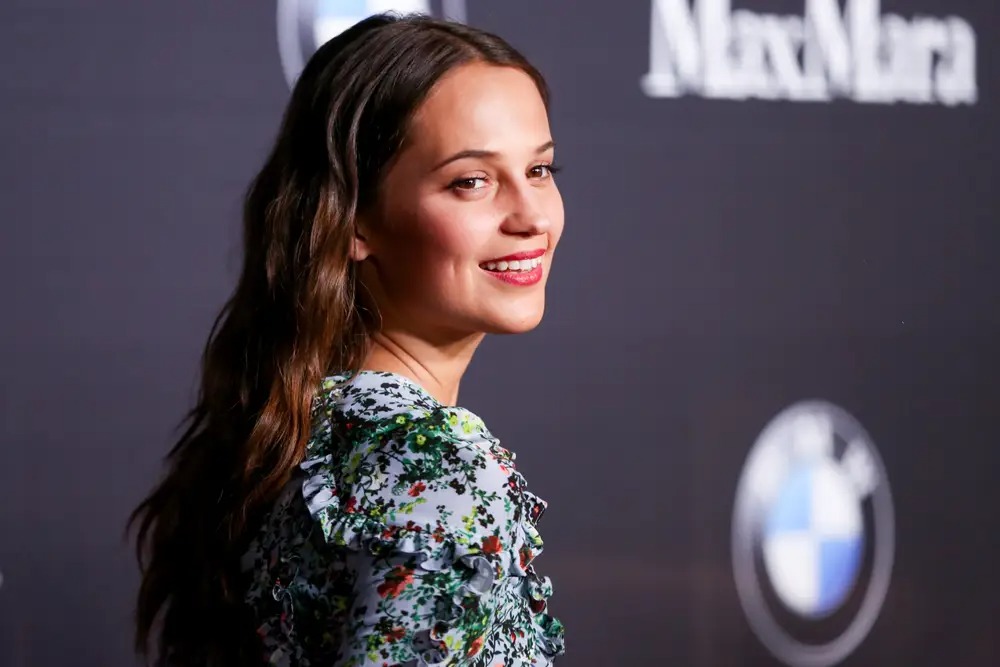 Swedish actress Alicia Vikander is a renowned Hollywood star at the age of 33.

She won her first Oscar for the 2015 film The Danish Girl, has worked in a variety of genres, including sci-fi (Ex-Machina), drama (The Light Between Oceans), and action (Tomb Raider), and is married to Michael Fassbender, another well-known actor.

Vikander has a long career behind her, despite the fact that she is still fairly young, and not all of it is filled with pleasant memories. Vikander recently spoke candidly about how the practice of shooting intimate sequences has evolved over the years—and for the better—in an interview with Harper’s Bazaar.

The Academy Award winner described her experience, saying, “The only thing that can’t be improvised is an intimate scene — you have to make choreography and stick to it. It’s the worst thing ever to do those scenes. I am very comfortable with my body and I’ve done quite a bit of nudi+y and s-x scenes, but it’s never easy.”

Intimacy coordinators “should have existed at the beginning of my career,” according to Vikander.

“I’ve been in situations that were not fine, where I didn’t feel I was protected,” she said. “Everyone was busy doing their own thing and, in the middle, you have an actor who sits there n-k-d for a couple of hours,”  she recounted of one instance during a production.

“And someone is supposed to arrive with a robe, and they don’t. It comes afterwards,” the “Green Knight” star continued. “That was not right. I should have been looked after.”

The topic of intimacy coordinators comes up into the plot of Vikander’s upcoming HBO series “Irma Vep,” based on Olivier Assayas’ 1996 movie of the same name. The remake is also the work of Assayas. The series features Vikander as Mira, an American actor who travels to Paris to film a version of the legendary French silent film “Les Vampires.”

“It’s so meta, it’s eating itself,” Vikander teased of the series. “I think, while I was making it, I played five roles… It’s like Chinese boxes. There’s always something else going on. I think that’s the beauty of the project.”

Alicia also discussed how Hollywood’s perception and reality differ. “People come and see us at a premiere dressed up and walking these carpets, and that’s fun, of course. But that’s the illusion of what the industry is,” she said.

“[The reality is] interest and passion and a will to make something,” she said. “It’s four months where a bunch of strangers work 15-hour days, six days a week, and don’t sleep.”

Similar to her experience with intimacy coordinators, Vikander had to go through a different experience in order to see how gender equality in the business was lacking. The actress recalls shooting a scene with a co-star on her then-upcoming film, Tulip Fever, in an interview with The Guardian in 2015.

“Of course I’ve had a run of great opportunities and characters to play, but I was shooting this scene with Holliday Grainger that just felt like something new,” she explained. “It just came so easily, and we were having so much fun. And only when we were chatting afterwards did I suddenly realize why: I’d just made five films in a row, and this was the first one where I had a scene with another woman.”

“Women talking together—apparently it is a reality!” she continued. “Who knew?”

In 2019, Vikander discussed her approach to s-x scenes with Harper’s Bazaar U.K: “I probably did my first sex scene at 20 and it’s always been technical, as it should be,” she stated at the moment. “It should never be anything but technical.”

She went on to say that she has a particular rule that she follows to make sure that everyone on set is focused on getting the job done quickly.

“I tell the crew it’s a one-taker,” she said, “that way, everybody on set is on point because you have to get it done in one take. … I think that’s the way to do it because then everyone feels comfortable and then hopefully — although it is super strange and uncomfortable — a little magic comes through a lens and people will be convinced.”