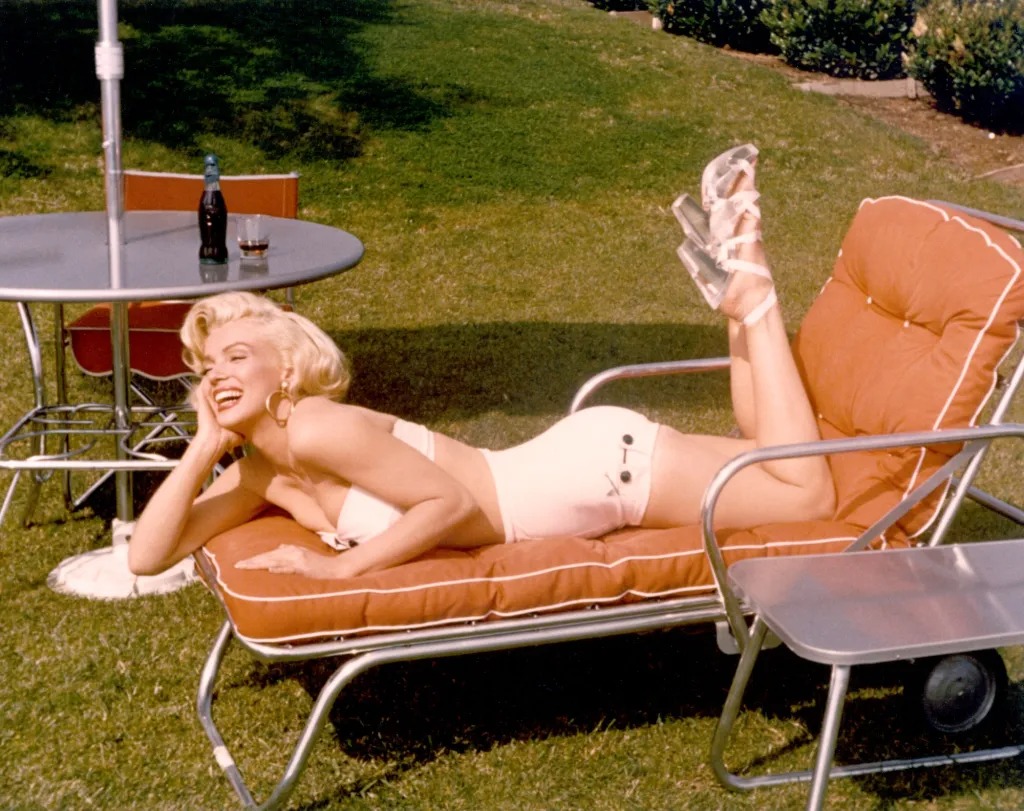 Before the term “blonde bombshell” was even a thing, there was Marilyn Monroe. Her brilliant blonde hair only served to enhance the legendary actor’s already well-established beauty and seductive aura. This wasn’t a natural trait that Monroe possessed, like many other facets of her cultivated personality.  Many people do not know Monroe actually had naturally curly red hair.

Gladys didn’t know the father of her daughter, and today the majority of Marilyn Monroe biographers concur. The story that Gladys had an affair with her boss, C. Stanley Gifford, at the film lab where she worked and that he ended things when he learned she was pregnant is the one that is most frequently told. (Gifford infamously refused to contact Marilyn even in the years after she gained notoriety.)

In 1934, Gladys had what was then described as a nervous breakdown, and was institutionalized after being diagnosed with paranoid schizophrenia. She spent the rest of her life in and out of hospitals, and was rarely in contact with her daughter, who ended up spending her troubled childhood in at least one orphanage and being shuffled between a series of 12 foster homes (where she endured sexual assault on several occasions and was raped at age 11). When she wasn’t living in a foster home, Norma Jeane lived with relatives or in the various homes of her mother’s friend, Grace McKee (later Goddard), who eventually became her guardian and took responsibility for her and her mother’s affairs. This situation became more complicated when Grace remarried.

Even when Grace couldn’t house Norma Jeane herself, she remained very involved in her life. When Norma Jeane would return to the foster system, Grace would visit her often, bringing new dresses and makeup to keep up the often-abandoned girl’s spirits. In fact, it was Grace who planted the dream of Hollywood stardom in Norma Jeane.

Grace was captivated by Hollywood’s original blonde bombshell, Jean Harlow, and that obsession formed the basis for Norma Jeane’s fascination with the cinema and Hollywood’s glamorous actresses.

At age 16, the fresh-faced brunette Norma Jeane was back living with Grace when she was faced with another return to the foster system. Instead, she dropped out of high school and opted to marry 21-year-old James Dougherty on June 19, 1942, just weeks after her 16th birthday. A year later, in 1943, he joined the US Merchant Marine, and she took a job at an airline plant in Burbank as part of the World War II factory effort, working first as a parachute inspector and later as a paint sprayer.

According to Good Housekeeping, Monroe began her modeling career at the age of 21 in 1947, and back then, she actually had curly brown hair. Still, Monroe was gorgeous even without the blonde locks she’d later make famous.

Her hair was a little bland and did not really fit what people were looking for. Before a photo shoot, the young model therefore agreed to change her hair colour and go for that almost white blonde we all know.

In the late ’40s, she dyed her locks blonde after being told by her modeling agency that it would help her succeed in film.

According to Emmeline Snively, the head of the Blue Book Model Agency, brunettes could only be photographed a limited number of ways, while a blonde could be anything.

“Look, darling,” Snively later recalled telling her, “if you really intend to go places in this business, you’ve just got to bleach and straighten your hair, because now your face is a little too round and a hair job will lengthen it.”

One afternoon in 1946, Snively sent Norma Jeane to Frank & Joseph’s Beauty Salon, which was across the street from the Blue Book Agency. The renowned stylists were responsible for the hair of such Hollywood notables as Rita Hayworth and Ingrid Bergman. Tint technician Sylvia Barnhart immediately set out to straighten Norma Jeane’s hair, which Barnhart has described as “brown and kinky.”

The strong solution used in the process also lightened her hair, giving it a reddish-blonde cast. Norma Jeane was quite pleased by the effect (she thought it brought out her eyes) and wanted to go even blonder, to be more like her idol Jean Harlow. So over the next few months, Barnhart slowly changed the colour of Norma Jeane’s hair to a golden honey-blonde by lightening and toning it one step at a time.

She also underwent electrolysis around her hairline to remove her widow’s peak.

From there, her modeling agency sent her pictures out to numerous magazines where she was eventually spotted by the eccentric billionaire, Howard Hughes. Hughes brought her in for a screen test, and Hollywood history would soon be made.

One of her hairstylists, Gladys Rasmussen, said that the way they made her hair so blonde was “with my own secret blend of Sparkling Silver bleach plus 20 volume peroxide and a secret formula of silver platinum rinse to take the yellow out.”

Oil baths, masks on masks… Nothing could be done to repair the actress’s hair, which had become porous, rough, dull and brittle. To give the impression of voluminous and healthy hair, Marilyn Monroe always went for big, curly hairstyles. In her last days, the star even had to wear a wig to hide the disastrous results of all this damage to her hair.

Samuel L. Jackson Was Expelled for Holding MLK’s Father Hostage
How Marilyn Monroe was forced into marriage at 16