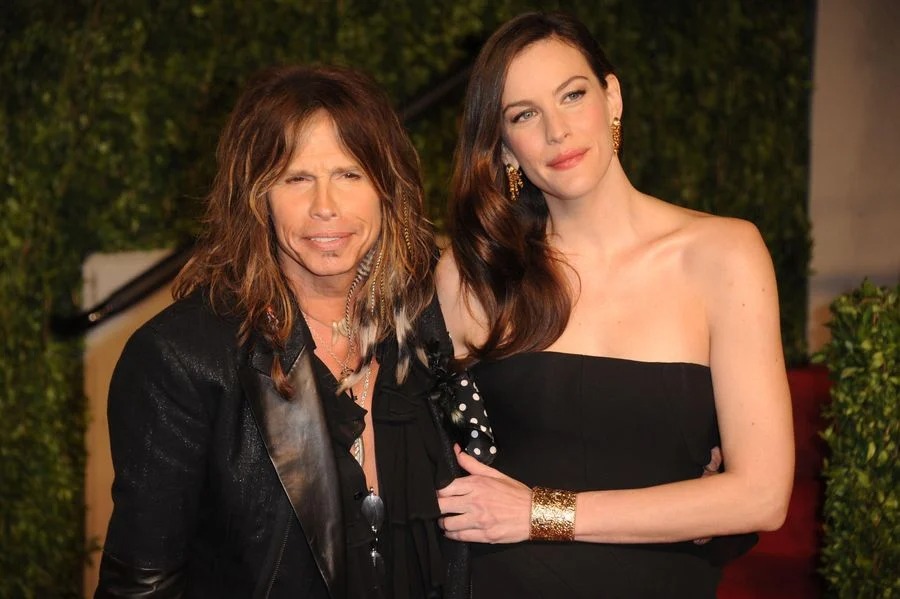 At the age of eight, Liv Tyler learned that Aerosmith’s Steven Tyler was her biological father. The actress recently joined The Jonathan Ross Show where she spoke up about learning the truth and shared information about her fascinating family and upbringing.

Steven Tyler had a fling with Bebe Buell, a singer and former Playboy playmate, in late 1976. The following July, Liv was born at a hospital in New York City as a result of the meeting. Buell concealed Tyler’s paternity from Liv because she wanted to protect her daughter at a time when he was struggling with a drug addiction. Todd Rundgren, the model’s then-husband, and her “made a pact that he would be Liv’s father and if it ever became an issue, we’d tell her at 18,” she shares.

But far sooner than that, Liv would learn who her biological father was. When she was nine years old, her mother took her to a Todd Rundgren performance, where she subsequently ran across Steven Tyler at the bar. Although Liv had no idea who he was at the time, he bought her a Shirley Temple, and she rapidly became close to the frontman of Aerosmith, falling “madly in love” with him to the point that she would often chat to her pictures of him.  She told The Guardian, “It was a moment that was greater than me; it was almost spiritual. When you meet kin, there is an energy and sparkle between your bodies. It must be chemical somehow – DNA and genes. I felt a connection in a very strong way when I met him as a little girl and I didn’t know why at first, but I figured it out rather quickly.”

“It’s quite an emotional story, honestly, the whole thing,” she also said to Jonathan. “My mother was very young when she had me and there was a little bit of confusion about where I came from but I was very loved and very well taken care of by all my family, which was wonderful.”

On how she discovered the truth, Liv went on to explain: “I kind of figured it out because he looked exactly like me and I have a sister named Mia who is a year younger than me and I saw her standing at the side of the stage at a concert and I was literally like looking at my twin.”

Mia, who is Steven’s daughter with second wife Cyrinda Foxe, was born just 17 months after Liv. “She looked exactly like me and I looked at my mom and she had tears in her eyes and I kind of put it all together.”

Before long, the truth was out and Steven and Liv began regarding one another as father and daughter. Although it has to be said, Tyler’s appearance in the 1994 music video for Aerosmith’s ‘Crazy’ doesn’t strike me as particularly filial.

In the end, Buell and Todd Rundgren parted ways, with the Utopia member remaining an important part of Liv’s life. Since then, she has treated both Rundgren and Tyler as father figures:

“Todd was such an amazing [man],” she said. “It’s funny because people only ever talk about Steven and they always tell all these stories but [Todd has] been such a beautiful, wonderful influence in my life and I still consider him my father.”

The mother-of-two maintains a close relationship with Todd. “I’m so grateful to him, I have so much love for him. You know, when he holds me it feels like Daddy. And he’s very protective and strong,” she told Wonderland magazine in 2012.

While on The Jonathan Ross Show, the brunette also discussed her 10-month-old son Sailor, who she has with fiancé David Gardner, and the couple’s decision to make their close friend David Beckham godfather to their son.

Joking with the host, Liv said that they made the right choice as the soccer superstar “gives very good presents,” before sincerely adding: “And he’s a real gentleman, he’s a very elegant person so very sweet… He loves being a father.”

How Marilyn Monroe was forced into marriage at 16
Matthew Broderick, Jennifer Grey kill two women in a fatal car crash