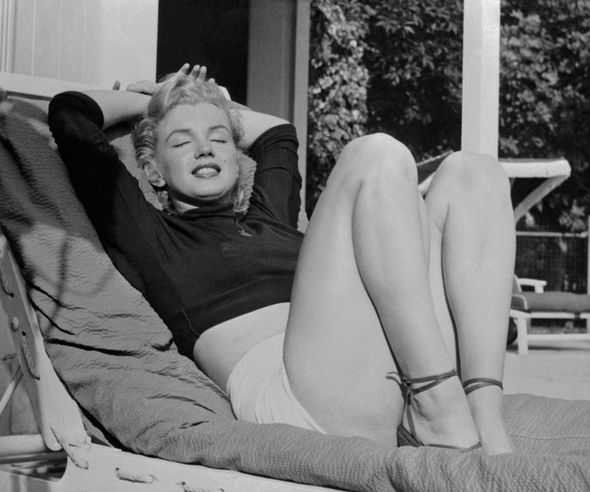 Hugh Hefner, who died at the age of 91, was buried next to Marilyn Monroe, who was instrumental in his rise to fame as a publisher and cultural icon.

Hefner choose Marilyn Monroe as the cover star of Playboy’s first issue because she was one of the most recognized and interesting stars of the golden era of cinema.

She appeared inside the magazine as well, in n-k-d images in addition to the cover shot.

Hefner said that Monroe helped launch Playboy as a major brand since the December 1953 first issue with her on the cover sold out.

According to the Daily News, the magazine quickly achieved popularity, selling 50,000 copies in a short period of time. Additionally, Hefner consistently credited Monroe’s appearance in Playboy’s first issue with the magazine’s popularity.

“I feel a double connection to her, because she was the launching key to the beginning of Playboy,” Hefner told CBS Los Angeles in 2012. “We were born the same year.”

Those infamous photos weren’t specifically taken for Playboy, though.

According to a High Snobiety interview with Pierre Vudrag, owner of vintage poster and art retailer Limited Runs, the photos were taken by photographer Tom Kelley in 1949, four years before the photos were actually used in Playboy. Kelley offered to pay Monroe $50 for the photos, and she agreed as she was between work.

“I don’t know why, except I may have wanted to protect myself,” Monroe told George Barris in “Marilyn: Her Life in Her Own Words.” She continued: “I was nervous, embarrassed, even ashamed of what I had done, and I did not want my name to appear on that model release.”

She had two conditions, though: that he actually paid her, and that his wife was with them the whole time, to ensure that nothing inappropriate would happen.

Kelley sold his photographs of Monroe to Western Lithograph Company for $900, which made calendars.

“Me? All I was ever paid for that bare calendar photograph was the fifty dollars Tom paid me as the original modeling fee,” Monroe said.

Only a year later, things turned around for the actress when her career finally began to take flight. In 1950, Monroe appeared in two films, “Asphalt Jungle,” and “All About Eve,” and the starlet finally began to gain recognition.

In 1952, Monroe was becoming more well-known, and the photos were re-released in the middle of shooting “Gentlemen Prefer Blondes.”

Instead of denying the photos, Monroe owned up to them in an interview with a reporter, saying she had to do what she had to do. The public “forgave” her, with the whole affair only increasing her appeal, according to Pierre Vudrag.

Four years after the photo shoot, Hefner paid a Chicago calendar company $500 for one of those n-k-d mages, plus another clothed photo, to launch his magazine, Monroe said.

Hefner made Monroe his first ever centerfold, or “Sweetheart of the Month,” as it was called at the time. (Hefner didn’t come up with his idea for “Playmate of the month” until about a year after the magazine’s launch.)

Monroe graced the front while sitting on top of an elephant at Madison Square Garden. The cover proclaimed, “First time in any magazine, FULL COLOR, the famous MARILYN MONROE NUD E.”

On the inside, the magazine read: “There were actually two poses shot au naturel back in ’49, just before the gorgeous blonde got her first movie break. When they appeared as calendar art, they helped catapult her to stardom. We’ve selected the better of the two as our first Playboy Sweetheart.”

Monroe never signed any agreements or contracts with Hefner or Playboy, so the photos appeared in the magazine without her giving them the green light. Sure, Hefner did it legally by first securing the rights, but it still doesn’t make it consensual.

Despite morality clauses and the conservative mindset of many film studios at the time, the photos didn’t have a negative impact on Monroe’s sparkling career. Many have argued it actually helped with her allure to the public. But it could’ve easily gone another way.

After the publication, Monroe made the decision to do an interview in which she explained that she had been desperate for money when she posed for the photos. She also developed a close relationship with Hefner.

Monroe herself said “the magazine, I was told, thanks to my photos, [was] an instant sellout all across the country, an instant success.” From “Marilyn: Her Life in Her Own Words:”