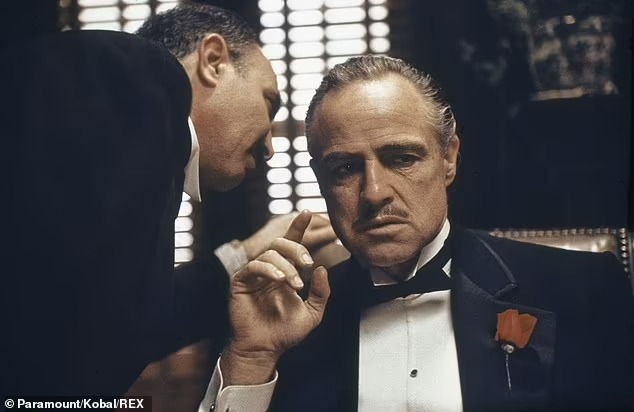 In 2022, movie buffs are in for a treat. If you’ve never seen The Godfather on the big screen, mark Friday, February 25, for the 50th anniversary rerelease of the greatest film ever made. It’s an irresistible cinematic offer.

Coppola’s movie, though, almost never made it to theaters. Mobster Joseph Colombo declared war on the movie and tried to stop production because he was afraid of the increased attention. 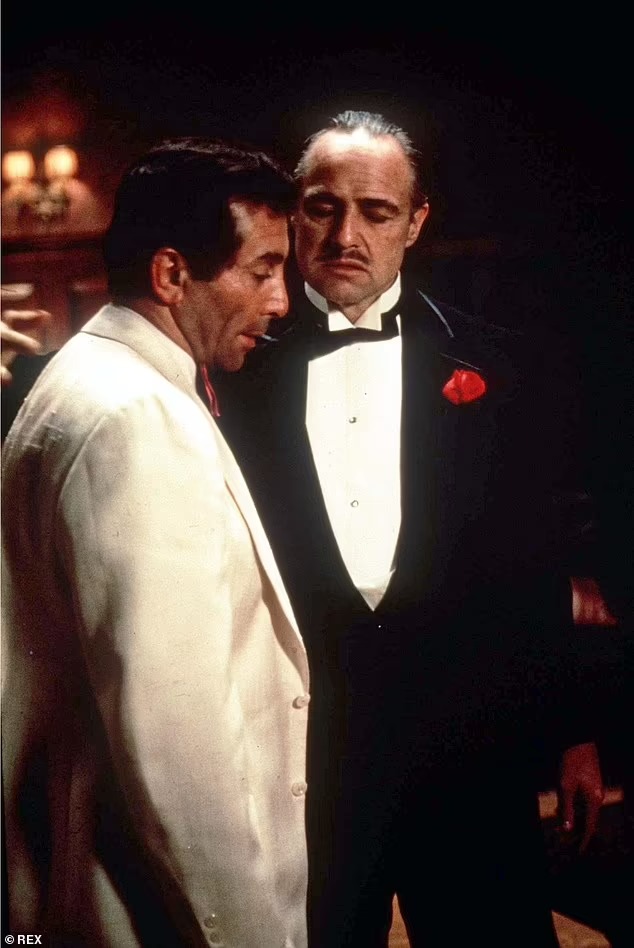 The film was eventually allowed to continue after he made the producers an offer they couldn’t refuse. In fact, Joseph Colombo became so enamored with the production of the film that his mob family decided it was time for him to sleep the long sleep.

Colombo became an activist after the FBI detained his son Joe Jr., who was 23 at the time, on April 30, 1970, and charged him with plotting to melt down coins and sell the silver.

“I was willing to suffer through the attacks made by authorities,” Joe Sr. said to the New York Daily News. The alleged “attacks” against him included tax evasion and perjury (making false statements while applying for his real estate broker’s license).

But he continued: “When they framed my boy Joey, then I knew I had to do something.”

What he did next would rock the Paramount studio in Hollywood and the halls of power in New York.

The Italian-American Civil Rights League urged that Paramount Pictures shelve The Godfather at the beginning of the 1970s. The League organized protests around New York City after becoming tired of seeing Italians represented as dangerous thugs and raised $500,000 to halt production. The League, however, wasn’t nearly as honorable as they seemed.

Joseph Colombo, the head of the Colombo crime family, one of the notorious Five Families in New York, created the organization in 1970. Colombo founded the Civil Rights League to push back against what he saw as racist persecution by the federal government.

The Don also vowed that no one would ever see Paramount’s gangster epic when he learned about it. He could have been concerned about stereotypes. Or maybe he was afraid of all the unwanted attention the movie would bring.

But it was first a book before becoming a movie. Mario Puzo was a writer up to his neck in debt, with five children and a destructive gambling habit when, in March 1968, he managed to get an audience with Robert Evans, the head of production at Paramount, a film studio also on its uppers.

Evans desperately needed a hit, not that he believed the 60 pages of Puzo’s unfinished book Mafia, which he brought with him, had even the slightest hint of one.

Colombo was a larger-than-life figure who could have been created by novelist Puzo, who is also a co-screenwriter for the film. Yet, this was real.

In 1971, he questioned a reporter for the New York Times, “What is the Mafia? There is not a Mafia. Am I head of a family? Yes — my wife, four sons and a daughter. That’s my family.”

A Mafia boss serving as a civil rights leader was unique, and Colombo argued his notoriety demonstrated he was not a gangster.

He explained: “If I’m a leader of the Cosa Nostra or Mafia or whatever they are calling it, then maybe the rumour that I’ll be killed is true. I’ve broken all the rules I’ve heard about — I’m talking to the Press.”

Colombo and his League were then in a strong financial position, had thousands of members, and were gaining political clout. 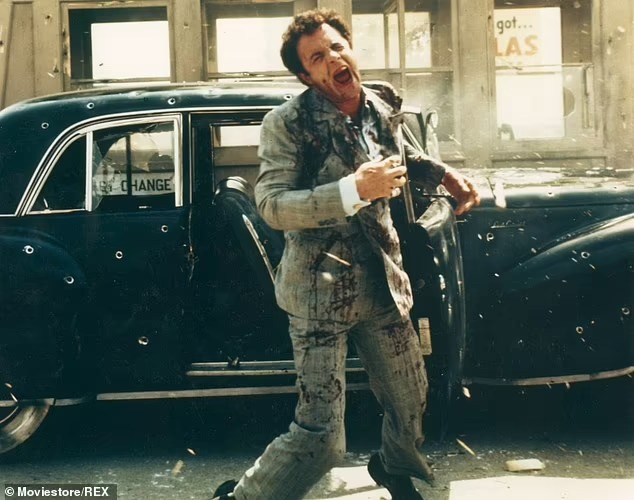 At a sold-out fundraiser in November 1970 at Madison Square Garden, which featured none other than the greatest Italian-American performer of all time, Frank Sinatra, the organization raised close to $500,000.

After the lead witness withdrew his evidence, Joe Jr. was found not guilty by a Brooklyn jury in February of the following year. His father was encouraged by it and became even more outspoken.

However, Colombo turned to the beds when the demonstrations and TV interviews failed. Things grew heated, however no one was garroted and no one awoke to find horse heads in their beds. Producer Al Ruddy was initially being followed by mobster, but things became worse when they broke every glass on his luxury automobile. Even a message was left for him advising him to stop the movie or else something really horrible will happen. Executive at Paramount Robert Evans got a threatening phone call warning him to leave the area immediately lest someone injure his child and smash his face.

“Get the f*** outta town. Don’t shoot no movie about the family here. Got it?”

“F*** you, mister,” Evans responded. “If you got any problems, take it up with the producer, Al Ruddy.”

“Listen carefully, motherf***er,” the caller warned. “I ain’t gonna say it again. When we kill a snake, we chop the f***ing head off.”

Ali MacGraw said, “I knew that happened,” even if she didn’t hear the call itself.

“They were playing with fire with this back in the day. There were various Mob suggestions, let’s put it that way.”

Colombo’s son Anthony would subsequently claim that his father never made such threats, particularly over the phone, which Colombo was certain the Feds had tapped.

Mob-run unions forbade Coppola from filming in several areas, and someone also stole expensive film equipment right in front of the director. Even Paramount’s New York headquarters had to be evacuated as a result of two bomb threats that were made over the phone.

Although there were many novels and movies about the mob, none of them went as far as The Godfather did, first in Puzo’s novel and then in Coppola’s cinematic trilogy.

When television much later got in on the same compelling act, with the unsurpassable HBO drama The Sopranos, the debt was made crystal clear, with characters referring simply to ‘One’ (meaning Coppola’s 1972 film), and ‘Two’ (meaning his equally brilliant 1974 sequel, The Godfather Part II).

Despite the enormous popularity of the novel, Paramount was still opposed to making a movie adaptation. Evans said, “Sicilian mobster films don’t play.” He was spurred into action, nevertheless, when Burt Lancaster’s production firm offered to pay $1 million to cancel the $12,500 contract with Puzo, guaranteeing Lancaster the Don Vito Corleone top role. 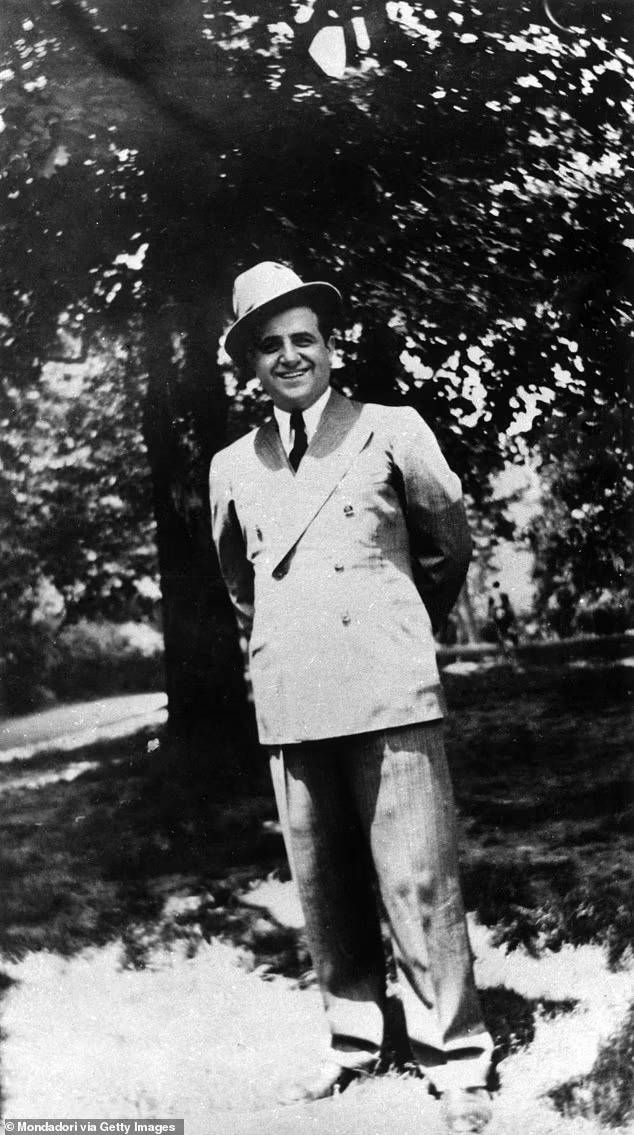 Evans ruled that only Paramount would produce the film. However, Frank Sinatra didn’t want anybody to succeed at all. Sinatra was allegedly contemplating taking legal action to halt the film’s production because he was outraged by the over-the-hill singer Johnny Fontane, who everyone knew was modeled on him.

At some point, Paramount made the choice to arrange a meeting with the criminals. Al Ruddy and Joseph Colombo met in the Park Sheraton Hotel, where they spoke about The Godfather’s future. Unexpectedly, Colombo had only one request. The term “Mafia” had to be removed from the screenplay. The mafia leader was either very petty or no one in his whole organization had done their research. The whole script had only one use of the term “Mafia.” Al Ruddy approved Colombo’s demands because he understood a good bargain when he heard one.

After that, New York became more accessible, with more “connected” aspiring actors competing for parts in the movie, but not without backlash in the media.

The Village Voice published a number of damning articles, one of which said, “If you want to produce a film on the Mafia, please ask their permission.”

Charlie Bluhdorn, the head of Paramount, reacted in wrath when Gulf+Western’s stock dropped due to its apparent connection with the mob.

Colombo, Puzo, Evans, Ruddy, and Bluhdorn were legendary figures who struggled to achieve success. However, Francis Ford Coppola, the director of The Godfather, was just as tough as them all.