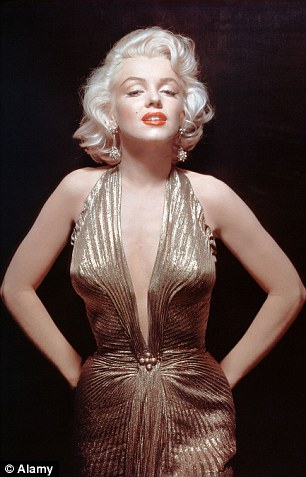 Do you believe that the famous actors from the golden age of Hollywood always looks like that? Do you believe that their beauty is always natural? Since it was a long time ago and because they don’t look like today’s celebrities, we sometimes assume that classic Hollywood stars were just naturally beautiful and have never had anything done. But this couldn’t be further from the truth.

In fact, Hollywood celebrities have routinely had plastic surgery since the 1920s. Many times, it is obvious that a celebrity has had cosmetic surgery. However, there are those who, if they hadn’t been honest about it, you never would have suspected. Which celebrities, then, underwent modest alterations to enhance their self-confidence?

Another example is one of the most well-known cinema actresses of the 1930s and 1940s, Rita Hayworth, who is perhaps best remembered for her roles in blockbuster movies like “Only Angels Have Wings” and “Dante’s Inferno.” Hayworth improved her appearance with cosmetic surgery and one year of electrolysis in order to change her hairline and achieve a higher forehead.

In addition to her films, Marilyn Monroe was know for her beauty. Many actors and others have been inspired by her to try out the blonde hair and penciled beauty mark look. However, a lot of people probably aren’t aware that she had cosmetic surgery to make her look like the iconic beauty she is remembered as.

According to Allure, there are X-rays of the movie star’s skull and medical records that show that she got surgery on her chin and nose. Also the memoir, Are Those Real?: True Tales of Plastic Surgery from Beverly Hills revealed that a plastic surgeon claimed the actress was his patient. “Gurdin had mentioned to me casually over the years that Marilyn had been a patient of his and that he had seen her shortly before she died,” read the book. This is referring to a UCLA plastic surgeon named Michael Gurdin.

According to a book called The Youth Doctors, the actress reportedly overheard someone call her a “chinless wonder” which made her seek surgery in 1958. The author then said Monroe got a cartilage graft, and afterwards had to postpone a screen test. She claimed she had to miss it because she fell on her chin.

Later in 1962 she reportedly got a nose job and checked in under the alias Joan Newman. The reason behind the procedure was because she thought she broke her nose from a fall. However, a radiologist later said he could not find a break in her nose.

People say you could cut yourself on Marlene Dietrich’s cheekbones, but were those sharp features god given to her? Well, it’s hard to tell, we know for sure that lighting and makeup had something to do with that. But what’s more horrifying is that apparently Dietrich has had several molars surgically removed in order to achieve those sharp cheeks. How does that even work?

Dean Martin is often remembered fondly as one of the coolest crooners in Hollywood. Martin underwent rhinoplasty surgery to narrow down his nose early in his career. The end result of plastic surgery for Martin: a rewarding career as an actor, singer, comedian, and producer.

Betty White has had a long career, and is one of the few in Hollywood who seemed to have aged naturally. So many would be shocked to find out that she actually has had work done. It’s a surgery that is less common, and perhaps more subtle than others.

“It’s not nice to fool Mother Nature! But in 1976 I had my eyelids done,” she admitted in her book, If You Ask Me (And of Course You Won’t). “I scolded myself forever, but now I’m glad I did it.” Who would have known? Even into her 80s the actress still resembles her old self. No one would have guessed that she has gone under the knife to alter her appearance.

Burt Lancaster started his career in Hollywood by playing characters of rugged men and his features suited for those parts perfectly. But with time he decided he wanted to play more dramatic characters, which mean looking way more glamorous than he did. So he underwent quite a few plastic surgeries in order to achieve that leading man look. People often joked that over the years he changed so much, that the only thing he had left from his old self were his eyes.

American actor Clark Gable had protruding ears that helped capture audience members’ attention. Yet Gable had his ears pinned back at one point in his career.

Jamie Lee Curtis is one of the few actresses in Hollywood that has rocked her grey hair, and has seemingly embraced aging without fear of it damaging her career. So many would assume she has also refrained from surgery. But the actress has spoken out about getting a huge procedure done.

“I’ve done it all,” she revealed according to The Telegraph. “I’ve had a little plastic surgery. I’ve had a little lipo. I’ve had a little Botox. And you know what? None of it works. None of it.” A big influence on her decision was the 80s aerobic craze that required her to wear leotards on-screen repeatedly. That led to her getting a lot of procedures that were new at the time, but common now.

“Ten years ago,” she continued “before anybody did that, I had fat taken from underneath my eyes because I was on a movie and I was puffy. I remember the cameraman saying: ‘I can’t shoot her now.’ I remember being mortified.” But that ended up not improving her confidence. “And yet, you know what? Nobody tells you if you take fat from your body in one place, it comes back in another place. All of these ‘bettering’ experiences are not without risk. And there is this illusion that once you do it, then you’ll be fine. And that’s just horse shit. I looked worse.”

Unlike a lot of classic Hollywood stars, who had their plastic surgeries in order to succeed in Hollywood, and way before they were famous, Carmen Miranda had hers after she was already quite famous. She never liked how wide her nose was, so she got surgery to make it look thinner. It would’ve been fine if she stopped there, but she also decided to have a facelift, which basically left her looking surprised for the rest of her life.

Silent film star Mary Pickford underwent facelift surgery at a very young age due to fears that she looked old. Unfortunately, the surgery made it virtually impossible for Pickford to smile, frown or make other facial expressions.

Men are usually excluded from the plastic surgery and makeup conversation, but a lot of male celebrities also feel the pressure to look good. That includes the country singer Kenny Rogers who has publicly spoken out about his procedures. He also revealed that it was a female celebrity who inspired him to do it.

“I’ve never had any plastic surgery in my life!” Rogers joked on Anderson Live when an audience member asked him. “There was a time when I had, when I had a lot of money and a lot of time and I thought, ‘What the hell, I’ll go do something,’” he said candidly. Of course one of the most notable singers who has gotten work done is Dolly Parton, and she supported him with his decision.

“And Dolly and I, really we used to laugh about it,” he continued. “Really it was all for the sake of what I thought was looking better and I’m not sure what I would like if I hadn’t done it so I am happy.”

This is probably the most tragic case of plastic surgery in old Hollywood. Mary Pickford was a star of silent movies in the 1920s, and everything was going well for her. However she was worried about getting older and getting wrinkles, so she opted for a facelift way too early. After the procedure she didn’t have any wrinkles, but she also wasn’t able to smile or portray most of human emotions. Her face just wasn’t as flexible anymore, which ultimately brought the end to her career as a movie star.

Frank Sinatra, one of the most influential musicians of the 20th century, underwent both a facelift and jowl surgery early in his career.

It’s just women who went under the knife in order to succeed in Hollywood. Rudolph Valentino, the star of silent movies, also has had to undergo plastic surgery and his was pretty bizarre. He went under the knife to change the shape of his ears, of all things. Apparently he couldn’t get any good parts because he was always told his ears stick out weird. So he corrected that tiny, seemingly insignificant detail, and suddenly he started getting multiple parts offered to him. Who knew the shape of your ears mattered when it came to acting, right?

American actress Joan Crawford underwent a facelift and breast augmentation procedure in 1953. Then, with a rejuvenated appearance, Crawford returned to MGM.