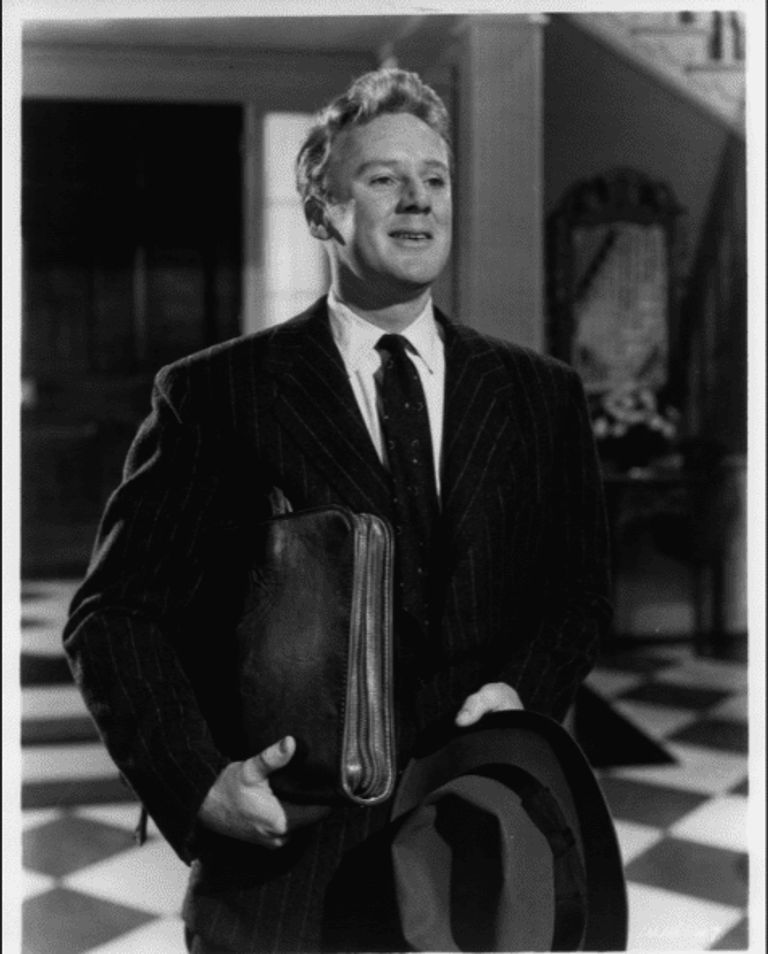 Emmy nominated singer-dancer-actor Van Johnson was born Charles Van Dell Johnson on August 25, 1916 in Newport, Rhode Island. He was the only child. When he was a youngster, his alcoholic mother abandoned him. Van grew up with his father, who he regarded as “chilly.” Van went to New York City after graduating from high school and joined the Off-Broadway cabaret Entre Nous in 1935. He travelled with a theatrical company and made his Broadway debut in 1936 with New Faces. In 1939, he starred in the popular Broadway musical Too Many Girls, which was later adapted into a film in 1940. In 1940/41, he starred in the Broadway musical Pal Joey.

His friend Lucille Ball persuaded him to go to Hollywood, and he signed a six-month deal with Warner Bros. He did a few pictures there, but it wasn’t until he signed with MGM that he really became a superstar. Van became a huge hit with the audience because to his towering, all-American good looks. His most well-known films include The Human Comedy, A Guy Named Joe (in which he was nearly killed in a car accident while filming, leaving him with a metal plate in his forehead and facial scars), Two Girls and a Sailor, The White Cliffs of Dover, Thirty Seconds Over Tokyo, Till the Clouds Roll By, Easy to Wed, Mother is a Freshman, and In The Good Old Summertime, among others. During WWII, he was one of the most popular leading men. He was unable to serve in the war due to his injury. He was the #2 Box Office Star in America in 1945, and the #3 in 1946.

But Van Johnson was unique. He was gay. And this wasn’t acceptable of movie stars at the time.

Widely known as the “Devil’s Incarnate,” Metro-Goldwyn-Mayer boss would go to any length to maintain the studio’s reputation, including forcing Evie Wynn into marrying Van Johnson just a day after divorcing her husband. 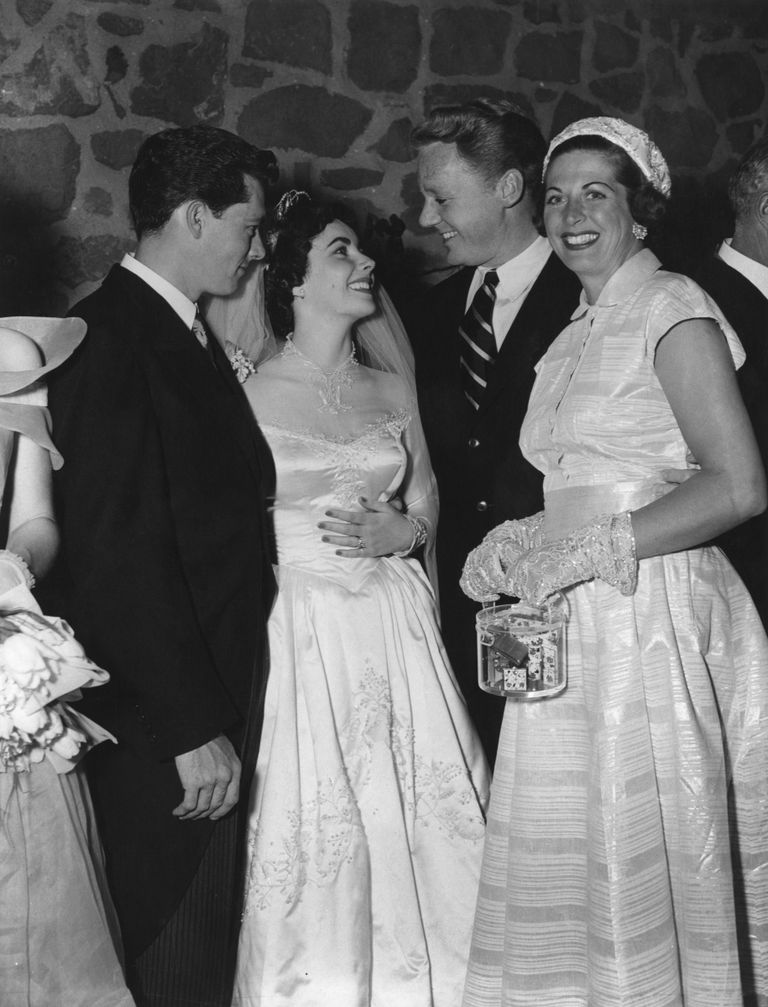 Johnson rose to fame fast and swiftly, albeit not without difficulty. MGM’s star-making machinery was powerful, and Johnson subsequently said that he wasn’t prepared for the spotlight. In his biography “Van Johnson: MGM’s Golden Boy,” author Ronald L. Davis (who described Johnson’s orientation as “more homosexual than heterosexual”) notes that Johnson, like other heartthrobs of the time, was “often pictured in the fan magazines with a rifle or an ax in his hand or engaged in some form of home repair.” Johnson said to one journalist at the time: “I’m married to MGM. I have one love and it’s pictures.”

Van Johnson always had scars from a vehicle accident he was in in 1943, but the studio always made sure that their skilled makeup artists concealed them properly.

Johnson’s physical scars were just the top of a massive iceberg of truths he kept hidden from the world. And his “difficult” marriage to Evie Wynn was all part of the MGM chairman Louis B. Mayer’s staged act. 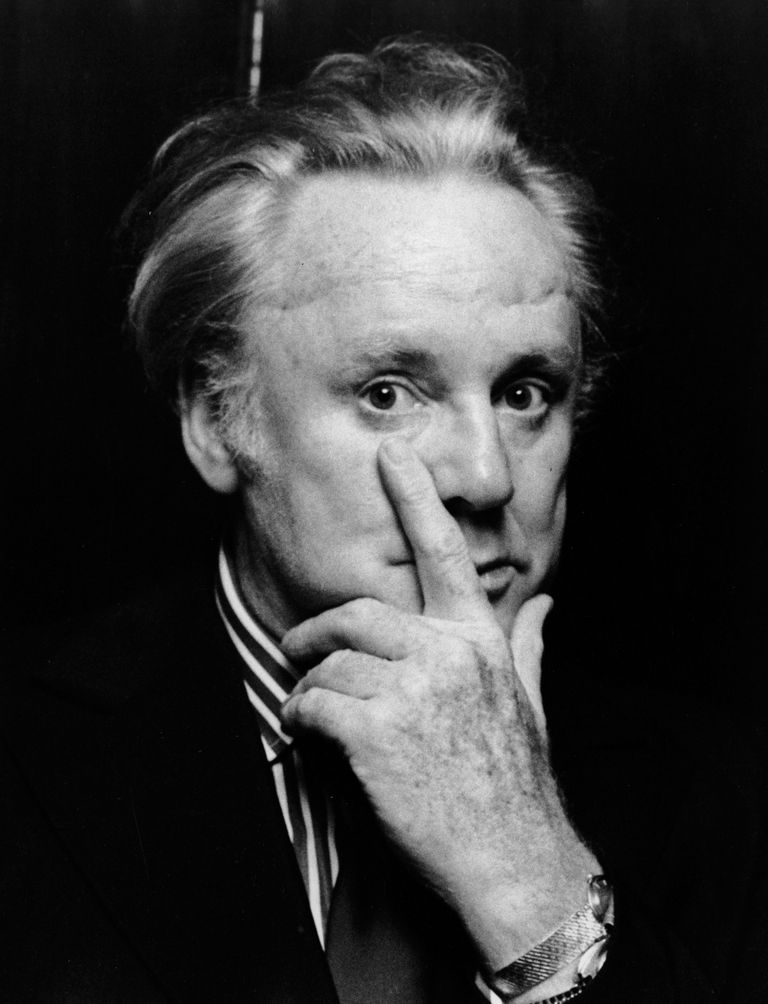 Despite the fact that Johnson’s career had yielded him good returns, Mayer had one issue with him, and it was becoming an annoyance as he realized that the whispers were spreading far and wide.

Johnson was gay, and although Mayer didn’t think Johnson’s sexuality was a problem, he knew he’d have to pay someone to keep it hidden at some point. To Johnson’s “problem,” his “treatment” was to find him a nice wife.

Mayer summoned Evie to his office and calmly explained to her that marrying Johnson would be beneficial not just to her but also to numerous other parties, including the studio, Keenan, and Johnson.

Johnson’s ex-wife said about MGM in 1999, five years before her death: “They needed their ‘big star’ to be married to quell rumours about his sexual preferences.” She characterized MGM chief Louis B. Mayer as someone with “the ethics and morals of a cockroach,” and said Mayer put it to her plainly: “Unless I married Van Johnson, he wouldn’t renew Keenan’s contract. I was young and stupid enough to let Mayer manipulate me.”

Keenan was constantly on the go and never home with her. He’d always asked Johnson to accompany her to gatherings, so Evie and Johnson knew one other well.

This is why Mayer’s recommendation that Evie divorce Keenan and marry Johnson seemed plausible at the time. After all, Keenan would keep his career and be cast in A-list movies, resulting in a higher salary.

Mayer advised Evie to consider the idea carefully and get back to him once she had made up her mind. Evie had divorced Keenan a year after that encounter. She married Johnson the next day, in January 1947.

Mayer’s strategy had worked. The marriage would safeguard the studio’s reputation, as well as Johnson’s sexuality rumors and Keenan’s career.

Although the couple produced a daughter called Schuyler in 1948, Lacage Van remained close to Keenan Wynn.

Evie was finally done when Johnson had an affair with a cast member. Van and Eve divorced in 1968 after splitting in 1961.

Van had a steady career in cinema and television (playing more than 125 roles during his 52 year career). He appeared in summer stock, regional theater, and national tours, including Show Boat, a musical. He returned to Broadway in the musicals Come On Strong (1962), Mating Dance (1965), and La Cage Aux Folles (1986), which he subsequently toured. Van resided on Manhattan’s East Side until 2002, when he relocated to a Nyack, New York assisted living home. Van Johnson, who was 92 years old at the time of his death, died on December 12, 2008 in Nyack. He had been alienated from his sole kid for a long period at the time of his death. He was a genuine movie star, bigger than life, incredibly charming, witty, and extremely flirting.

The majority of Johnson’s obituaries glossed over the fact that he spent most of his life hiding behind another type of mask. A “difficult” marriage was mentioned in a few.