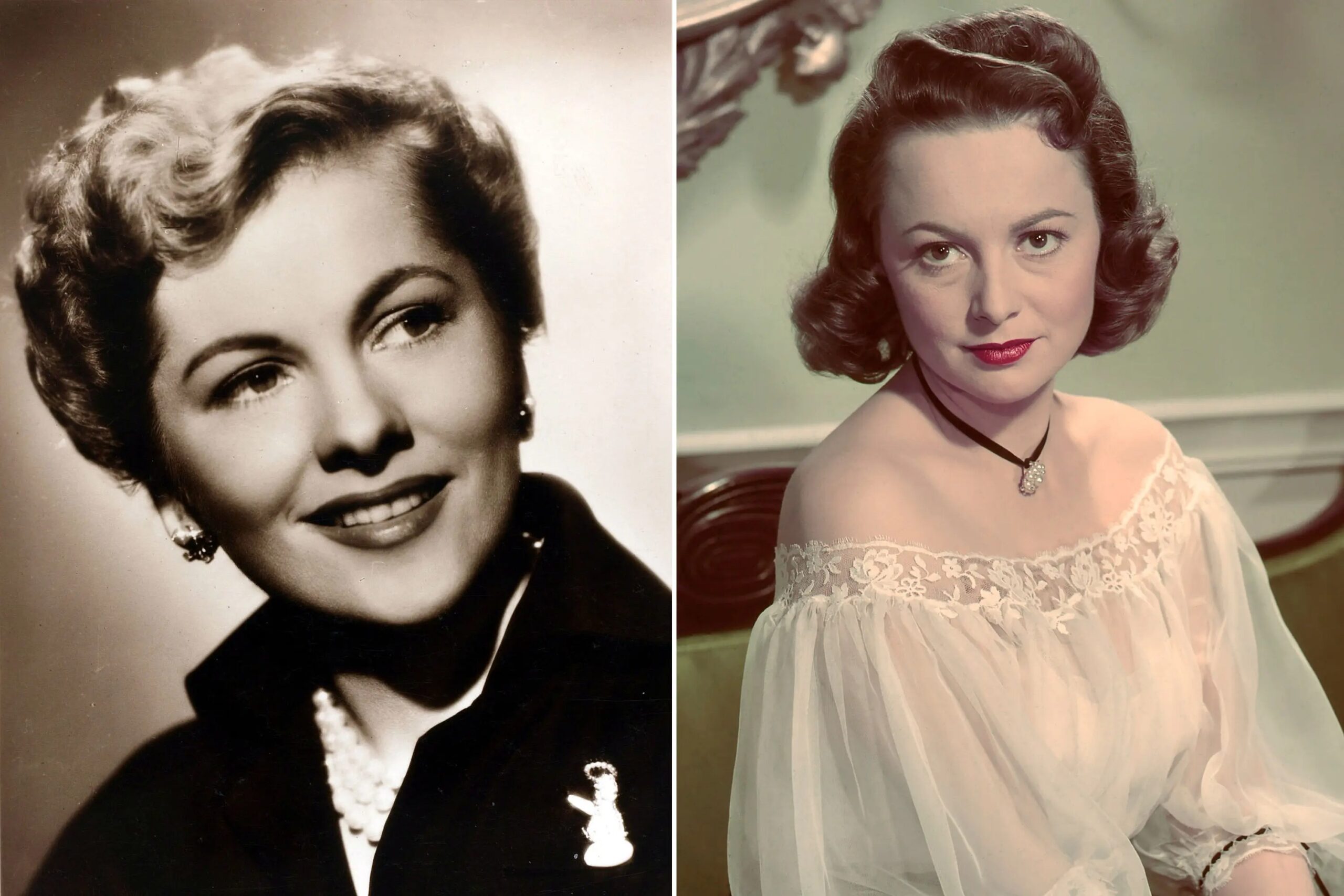 Olivia de Havilland and Joan Fontaine were born 15 months apart and both became famous actresses during the Golden Age of Hollywood. However, rather than uniting them, these parallels fueled a childhood enmity that lasted a lifetime. Despite the fact that they were rivals who had become alienated, Olivia and Joan managed to respect and even admire one other — after all, in a rivalry, you always want to know what the other is up to.

Both of the de Havilland sisters were born in Tokyo, Japan, a century ago. Their father was a British lawyer who relocated to Tokyo to start a law firm. His wife, an actress with the stage name “Lillian Fontaine” (her maiden name was Ruse), left her job and followed him to the new location. The marriage lasted only five years, and the two young daughters emigrated to the United States with their mother.

Even as children, when they shared a bedroom, the two girls’ antagonism was palpable. De Havilland would frighten Fontaine “with dramatic readings of the Bible’s crucifixion scene,” according to PEOPLE, while Fontaine would retaliate by “mimicking every word she said.” Fontaine recalls further physical clashes in her 1978 memoir, No Bed of Roses, detailing “the animus we’d felt toward each other as children, the hair-pullings, the savage wrestling matches, the time Olivia fractured my collarbone…” The collarbone incident occurred when “Joan was in the water and tried to pull Olivia in by the ankle, but the older, stronger sister put up a fight that resulted in Joan fracturing her collarbone on the pool ledge,” according to Country Living.

De Havilland’s battling spirit was rekindled more recently when, at the age of 102, she sued FX for using her name without permission in the 2017 series “Feud: Bette and Joan.” In 2019, the Supreme Court declined to hear her case. (However, her acrimonious contract conflicts with cinema companies in the 1930s paved the way for future actresses.)

Fontaine also once reportedly said, “I remember not one act of kindness from Olivia all through my childhood. She so hated the idea of having a sibling she wouldn’t go near my crib.”

Joan, Olivia’s younger sister, believed their mother favored Olivia. “Our biggest problem was that we had to share a room,” Olivia once stated.

De Havilland began her career as a working actress when she was 18 years old, when she was cast in a big-screen production of A Midsummer Night’s Dream. Fontaine reportedly begged her elder sister to assist her in becoming an actress as well, according to Country Living. Joan took on their stepfather’s surname, Fontaine, after De Havilland promised to help if she changed her last name to prevent any misunderstanding. According to Biography, after the name change de Havilland said, “Joan Fontaine. I don’t know who she is.”

De Havilland was still under contract with Warner Bros. when producer David O. Selznick sought to cast her in Alfred Hitchcock’s 1940 picture Rebecca. “Would you mind if I took your sister?” Selznick reportedly asked de Havilland. “I was losing a brilliant part, but okay,” De Havilland told Vanity Fair. Fontaine was cast in the part, and she was nominated for an Academy Award, the first for either sister.

Despite being nominated for an Academy Award, she lost out to her co-star Hattie McDaniel. Joan had a solid part in MGM’s comedic blockbuster The Women in 1939.

De Havilland could not have predicted that her sister would be nominated for an Academy Award for the performance.

When Fontaine was offered the character of Melanie Hamilton Wilkes in the now-controversial “Gone With the Wind,” she recommended de Havilland for it, and their relationship deteriorated.

“I made a tremendous mistake and I have regretted it always,” Fontaine recalled in her memoir. “Because it was George Cukor [who initially directed the film], I wore some rather chic clothes. He said ‘Oh you’re much too stylish for the role that I want you to do.’ And I said, ‘Well, what about my sister?’ And he said, ‘Who’s your sister?’ I explained. And he said, ‘Thank you.’ And that’s how Olivia got that role.” (For her part, De Havilland informed the Hollywood Reporter that Cukor contacted her and asked if she would be willing to read for the part of Melanie, despite the fact that she was under contract with Warner Bros.)

“There is no danger that sisterly affection, breaking suddenly upon them, will dampen their rivalry and the girls’ careers,” the writer stated in a 1942 LIFE magazine piece titled “Sister Act.” And what careers! With one highly praised performance after another, De Havilland was a reigning queen at Warner Bros, and Joan wowed audiences with parts like The Constant Nymph. 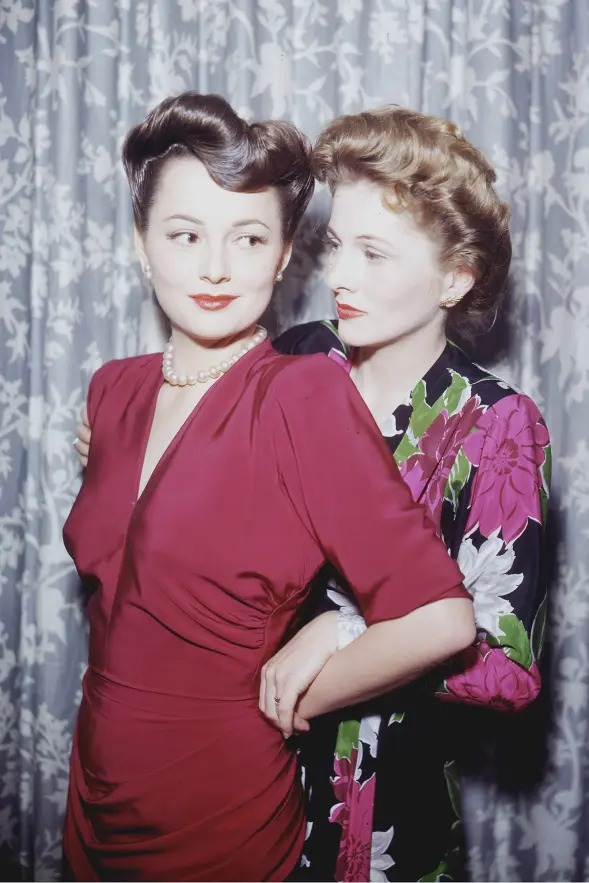 “At the age of 9, Joan decided she would kill her sister,” according to a LIFE magazine story of the two published in 1942. “She thought it all out carefully: she would let Olivia hit her once, and then again, in silence. But after the third blow, she would plug Olivia between the eyes.” Joan’s goal was to claim self-defense, but she didn’t go through with it, which is fortunate for American movies. Instead, as they grew older, the rivalry between the two sisters would take on new shapes.

Both sisters were nominated for an Academy Award in the same category in 1942. Fontaine was nominated for Hold Back the Dawn, while de Havilland was nominated for Suspicion. During the ceremony, Fontaine and de Havilland were seated at the same table, and Fontaine later said, “I felt Olivia would spring across the table and grab me by the hair. I felt age 4, being confronted by my older sister. Damn it, I’d incurred her wrath again!” Later, de Havilland married novelist Marcus Goodrich and her sister reportedly snarked, “All I know about him is that he’s had four wives and written one book. Too bad it’s not the other way around.”

Joan was also the first to marry, and reportedly said, “If I die first, she’ll undoubtedly be livid because I beat her to it!” The fact that Fontaine’s husband was formerly Olivia’s sweetheart may or may not have contributed to the deterioration of what had always been a tense relationship. 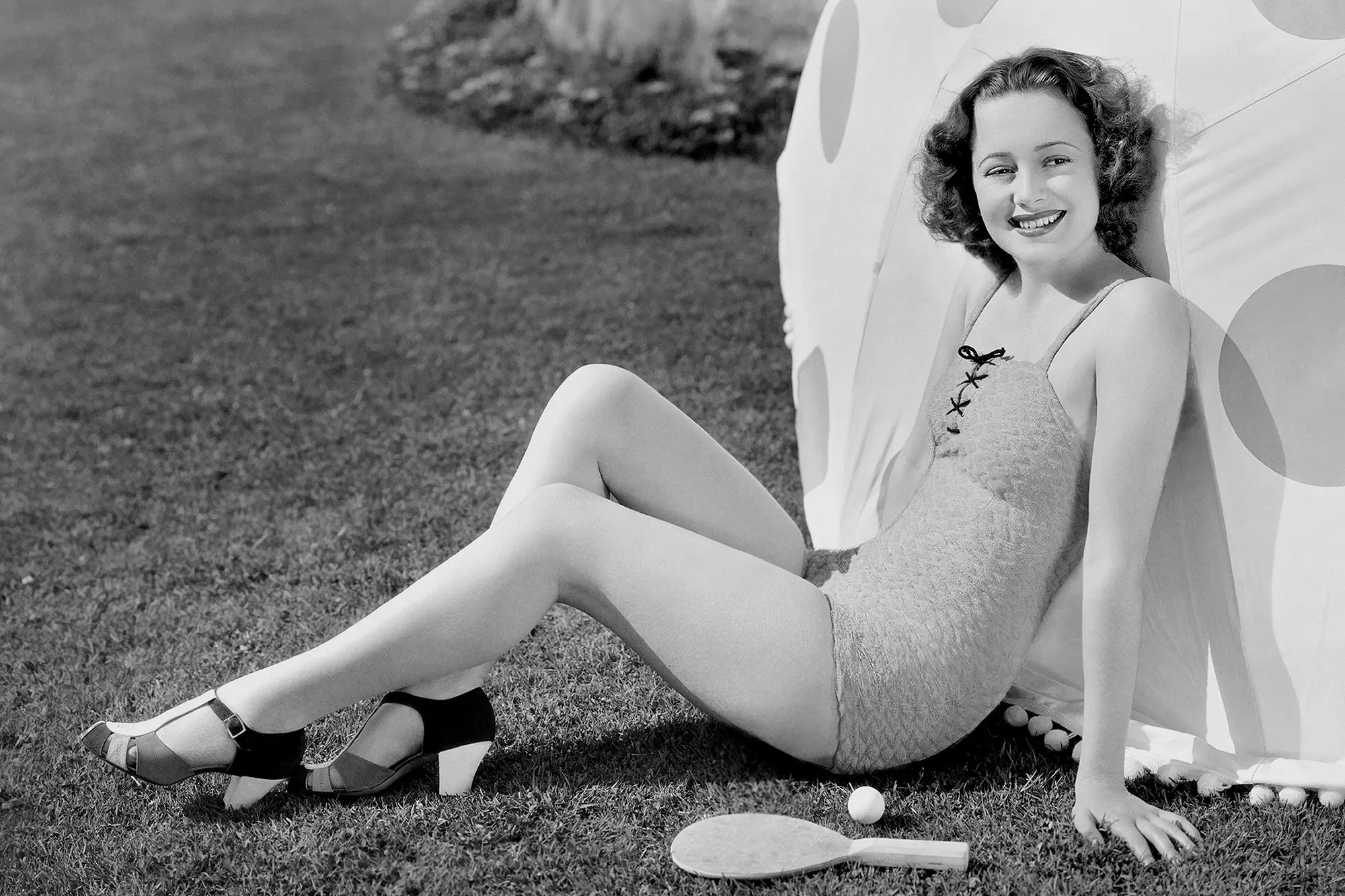 But de Havilland would get her moment in the spotlight, albeit an unpleasant one that was memorably documented by photographers. De Havilland won an Oscar for “To Each His Own” in 1946, but she declined to accept Fontaine’s handshake as a congratulations gesture.

Fontaine subsequently said, “I went over to congratulate her as I would have done to any winner. She took one look at me, ignored my hand, clutched her Oscar and wheeled away.”

“On my part, it was always loving, but sometimes estranged and, in the later years, severed,” de Havilland once said of their relationship. “Dragon Lady, as I eventually decided to call her, was a brilliant, multi-talented person, but with an astigmatism in her perception of people and events which often caused her to react in an unfair and even injurious way.”

When their mother was diagnosed with terminal cancer in 1975, de Havilland allegedly hurried to her side and stayed with her till she died shortly afterwards. Fontaine said she was on tour with a production at the time and that no one phoned her to inform her that her mother had requested to see her, and that she was not even invited to the burial ceremony. Fontaine apparently went anyhow, and the sisters didn’t talk to each other. Fontaine told PEOPLE, “You can divorce your sister as well as your husbands. I don’t see her at all and I don’t intend to.”

—Fontaine died at the age of 96 in 2013. “Olivia has always said I was first at everything—I got married first, got an Academy Award first, had a child first. If I die [first], she’ll be furious, because again I’ll have got there first!,” she told PEOPLE years before she died.

Despite the fact that Olivia, who is approaching her 101st birthday, has remained as quiet as ever about their relationship, she did say after her sister’s death: “She was a brilliant person, very gifted and, alas, [had] an astigmatism in her perception of both people and situations, which could cause, and did cause, great distress in others. I was among those and eventually this brought about an estrangement between us which did not change in the last years of her life.”