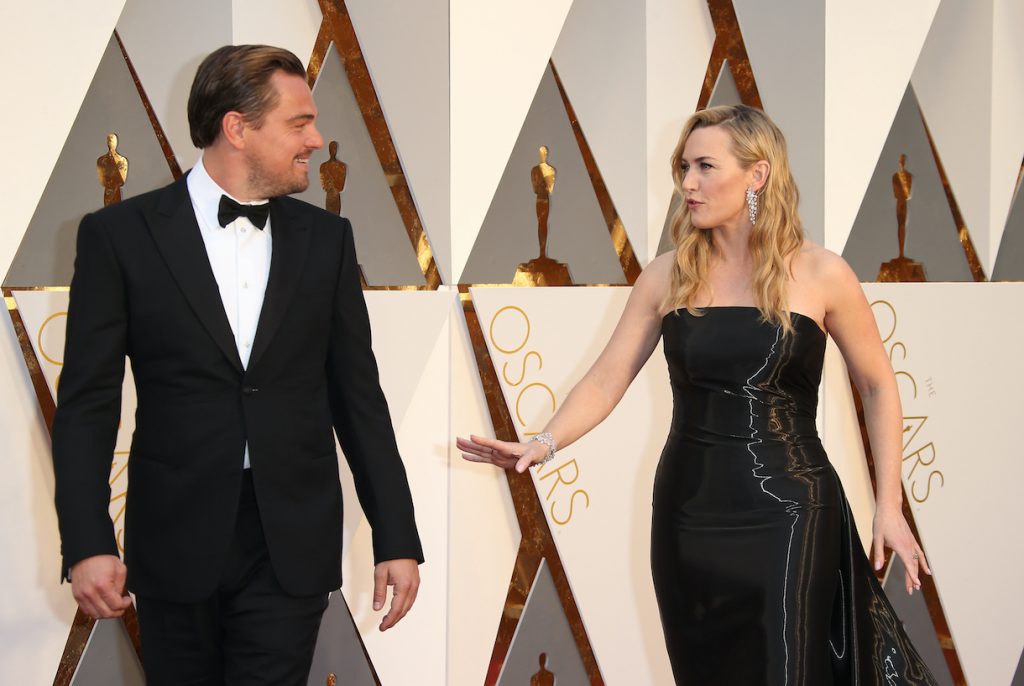 During the making of Titanic, Kate Winslet and Leonardo DiCaprio were like siblings. They are still close to this day and remain one of Hollywood’s most cherished celebrity friendships.

Jack Dawson and Rose Calvert are one of cinema’s most tragic but beautiful couples, and some of their sequences are a little spicy but also lovely. The topless moment is one that stands out in many people’s minds.

Kate encouraged a hesitant Leo to take on the role, according to a Deadline interview. Then she learned that the iconic n-ked painting scene would be their first act together.

When they first met on site, Kate allegedly flashed Leo to break the ice.

“I was n-ked in front of Leo on the first day of shooting,” says Winslet in James Cameron’s Titanic (the official BTS book).

“She had no shame with it,” says DiCaprio. “She wanted to break the ice a little beforehand, so she flashed me. I wasn’t prepared for that, so she had one up on me. I was pretty comfortable after that.”

Director James Cameron sketched the famed Titanic nude painting, according to cinema trivia. She also stated that it is tough for her to believe that the picture was released more than 20 years ago.

You may have noticed that Jack flustered up and said, “Over on the bed,” and then quickly corrected himself, “The couch.” That line was actually not intended at all, as Leo was supposed to just say, “The couch.” However, Cameron decided to keep that take in since he found it funny, but endearing.

The two are still the best of friends, and we can’t help but be amused by the prospect of such a meeting. The best relationships generally begin with a chuckle.

As we all know, the film was a big hit all over the world, winning several accolades and making both Leo and Kate the most in-demand performers in Hollywood, with their careers continuously growing afterward. The two have showed their love and respect for one another in a variety of ways, including Leo walking her down the aisle during her third wedding.

It doesn’t end there, though. Winslet openly admitted that she and DiCaprio still recite Titanic lines to each other. According to Glamour, she said,

“We found ourselves saying to each other, ‘Can you imagine if the world really knew the stupid things we say?’ I’m not going to tell you what we actually talk about, but yeah, we’re very, very close, and sometimes we do quote the odd Titanic line back and forth to each other because only we can, and we find it really funny.”

While some of us wish Kate and Leo would pursue a romantic connection, they appear to be content with their present partners, Edward Abel Smith (better known as Ned Rocknroll) and Camila Morrone. Our hearts have to go on, but their undoubtedly deep bond will live for forever.