Celebrity feuds are well-known for being intriguing and capturing the public’s attention. Fans want to witness their celebrity in his or her element, and what could be more authentic than a public brawl? While Ryan Murphy’s FX series focused on the rivalry between Betty Davis and Joan Crawford, the relationship between Debbie Reynolds and Elizabeth Taylor is much more intricate and interesting. The Hollywood stars had a long friendship and a bitter dispute that lasted decades, ending with Taylor’s death in 2011. And it’s a relationship that’s been well-documented from start to finish.

Reynolds and Taylor met in high school, which meant they had to attend lessons on the Metro-Goldwyn-Mayer (MGM) lot because they were both MGM workers. Reynolds didn’t mince words when discussing why Taylor and Reynolds got along so well. Taylor was already a star in her own right.

Reynolds told People in 2015, only one year before her death, “I went to MGM when I was around 17, and Liz was there, too, but she was already a star. We went to school together on the lot, when she was in between films. I was just a beginner, and she and I were not in any manner alike, but we got along very well because I was in awe of going to school with Elizabeth Taylor. And if anyone said they weren’t, then they were lying. Or blind.”

Reynolds and Taylor were young adults in what appeared to be happy marriages with children who could play together. Taylor was married to filmmaker Mike Todd and Reynolds was married to singer Eddie Fisher.

According to CheatSheet, the quartet even went on double dates with one another. But tragedy quickly gave way to controversy, and scandal gave way to a years-long animosity between the two Hollywood icons.

When Taylor was widowed following Todd’s untimely death in an aircraft accident, Eddie Fisher consoled her, although in an N S F W manner.

The love triangle shocked the Hollywood industry after a secret relationship emerged.

While Eddie Fisher was still married to Debbie Reynolds, Elizabeth Taylor and Eddie Fisher began a legendary romance, which was well reported in the press at the time. But she didn’t know it was true until she dialed Liz Taylor’s hotel room and her husband answered the phone. In 2010, Reynolds told The Daily Mail about the news, saying:

“Suddenly, a lot of things clicked into place. I could hear her voice asking him who was calling – they were obviously in bed together. I yelled at him, ‘Roll over, darling and let me speak to Elizabeth.'”

Fisher went home after that conversation to inform his wife, Carrie, the mother of his two young children, Todd and Carrie, that he was in love with Taylor and wanted a divorce.

Fisher left Reynolds for Taylor less than a month after Todd’s death, recalling: “I was the last to find out about the affair. There had been hints in the papers and I had noticed that when I turned up at functions or parties on my own my friends were whispering.

“Although I didn’t want to find out the truth, I had to face up to it. Even so, it was a great shock to find them together. It left me shattered.” 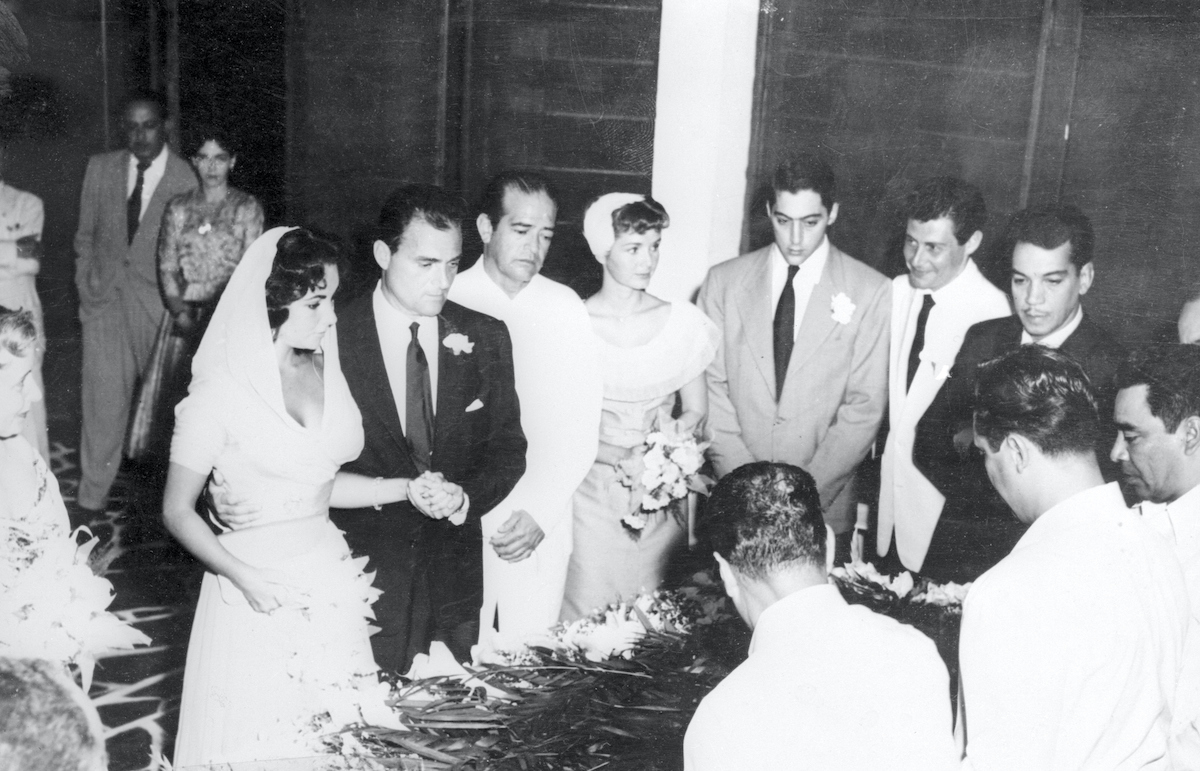 Talk about a show-stopper. Debbie Reynolds had a tough pill to swallow, especially since it involved her closest friend and the father of her children. In her biography and HBO special Wishful Drinking, Carrie Fisher notably discussed the affair and her parents’ many marriages. Fisher is known for her wit and cynicism, and she didn’t hold back when it came to her father’s decision to start the affair. As she explained it,

“Naturally, my father flew to Elizabeth’s side, gradually making his way slowly to her front. He first dried her eyes with his handkerchief, then he consoled her with flowers, and he ultimately consoled her with his p-nis Now this made marriage to my mother awkward, so he was gone within the week.”

Elizabeth Taylor and Debbie Reynolds were estranged for over a decade. Then, in 1966, the two former high school classmates happened to be on the same cruise, and Reynolds decided to be the larger person and make peace by writing to Taylor’s cabin and asking if they might meet. According to Cinema Blend, they ended up eating dinner with their respective significant others and putting their differences aside.

Actor Richard Gere had a gerbil inserted in his anus
Advertisement