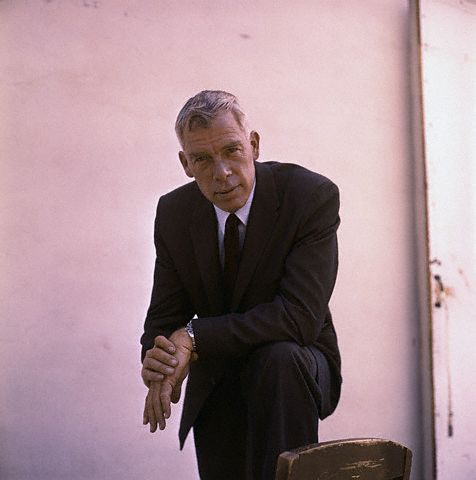 Lee Marvin, a World War II Marine veteran, was laid to rest at Arlington National Cemetery, according to a military spokesperson.

Marvin, like many other postwar stars such as Tony Curtis, Clint Eastwood, and Ernest Borgnine, served in WWII.

“The war had a real effect on me,” Marvin recalled many years later, as described in Dwayne Epstein’s book “Lee Marvin: Point Blank.”

According to Sgt. Steve Barrett of the Military District of Washington, Marvin was laid to rest in a private ceremony with military honors on Oct. 7.

Marvin was awarded the Purple Heart after being injured on Saipan during WWII, allowing him to be buried at Arlington National Cemetery, according to Barrett. 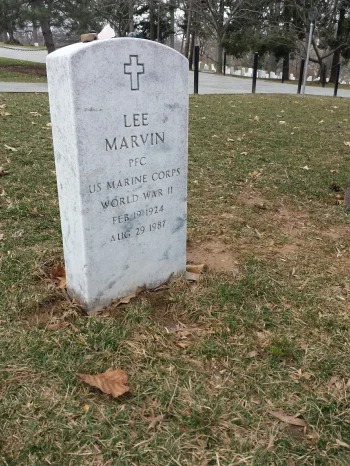 Lee Marvin’s grave at Arlington National Cemetery, located just below the Tomb of the Unknown Soldier. (Comet Over Hollywood/Jessica P)

“We went in on Yellow Beach Two. The first day…we clawed forward and hit the basic scrub of the beach… They (the Japanese) had us nicely pinpointed on a checker-board. They didn’t miss,” Marvin is quoted in the Wise and Rehill book. “The artillery got very bad, and all the bombing was coming down very heavy… We lost quite a few that night.”

During World War II, Marvin, 63, served with the Marine Corps and made 21 landings in conflict zones.

During his acting career, Marvin participated in at least ten war films, including the famous 1967 picture ‘The Dirty Dozen.’ In 1965, he received an Academy Award for his performance as a drunken gunfighter in the film “Cat Ballou.”

Marvin died of a heart attack on Aug. 29 1987 at the Tucson Medical Center.

According to Barrett, he will be the fourth great actor or actress to be buried at Arlington. Audie Murphy, a Medal of Honor recipient, is buried near the Tomb of the Unknowns.

Col. Pappy Boyington, a World War II fighter pilot, boxer Joe Louis, and ABC reporter Frank Reynolds are among the notable soldiers who have been honored in this region.