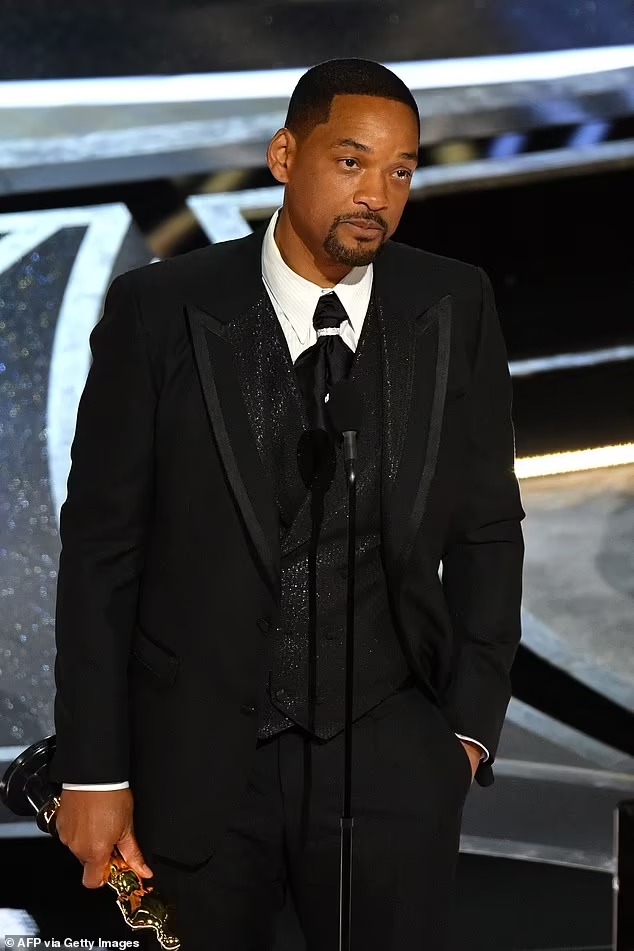 After hitting Chris Rock in the face at this year’s Oscars, Will Smith reportedly sought professional help.

A source informed Entertainment Tonight on Thursday that actor Will Smith, 53, “has been going to therapy since the Oscars incident.” Smith made headlines around the world for his outburst against the 57-year-old comedian during the event on March 27 at the Dolby Theatre in Hollywood, California.

After Chris Rock made a joke about Smith’s wife Jada Pinkett Smith’s shaved head, Smith smacked Rock. Given that Jada Pinkett Smith has alopecia, a condition that results in hair loss, the comedian’s joke in which he compared her to G.I. Jane was offensive.

The Philadelphia-born actor then approached Rock on stage, gave him a slap, and left the stage before yelling again at Rock, “Keep my wife’s name out of your f***ing mouth!” in front of the crowd.

Smith, who received the Best Actor Oscar for his performance in King Richard, apologized to Rock, his co-stars, and the Academy after the event. He characterized his actions as “inacceptable and inexcusable.”

‘I would like to publicly apologize to you, Chris. I was out of line and I was wrong,’ he said on Instagram.

In a statement he released on April 1 as part of his resignation from the Academy of Motion Pictures Arts and Sciences, the Men in Black actor alluded to Rock (which later banned him from the Oscars for 10 years).

Smith said, ‘The list of those I have hurt is long, and includes Chris, his family, many of my dear friends and loved ones, all those in attendance, and global audiences at home.’

As a result of the fallout, People magazine says the 53-year-old retreated to an Indian retreat last month where he concentrated on spirituality, yoga, and meditation.

On April 23, Smith flew into a private airport in Mumbai, where a throng of photographers were waiting for him. Smith wore gray shorts over white compression trousers, a white T-shirt over a muscle shirt, and Jordan shoes.

Before waving at the cameras and walking inside the terminal, Smith grinned as he posed for photos with a few admirers, including a member of the airport security staff.

According to a source who spoke with Page Six last month, Smith has not yet personally contacted Rock in the aftermath of the Academy Awards, raising doubt about the motivations of Smith’s journey to India.

Given that he hasn’t personally apologized to the one person he abused in front of millions of people, the source claimed that Will’s “spiritual trip” to India for yoga and meditation seems cynical and ludicrous. There are no Namastes that can make up for it.

Days after the Oscars incident, Rock, meanwhile, returned to the stage as part of his stand-up tour, but he said that he wasn’t yet ready to confront the slap.

But when comedian Dave Chappelle was assaulted onstage at the Hollywood Bowl during a performance for the Netflix Is A Joke Festival on Tuesday night, Rock made a little joke about the incident. The guy tried to punch Chappelle with a knife in his hand before fleeing, where he was pursued and detained by security.

Taking the stage to check on Chappelle and calm things down, Rock, who was also performing at the event, casually said, “Was that Will Smith?”

The most recent season of Jada Pinkett Smith’s celebrity chat program Red Table Talk has debuted in the meanwhile. She disclosed that the Oscars slap would not be brought up on the broadcast since the Smith family is now concentrating on “deep healing.”