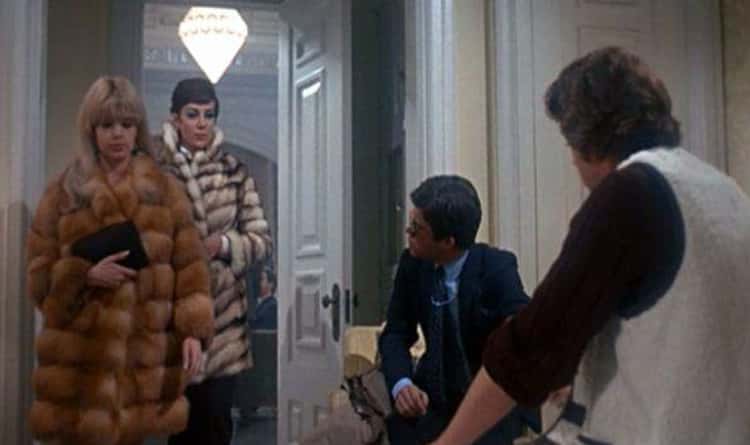 By most people’s standards, Ira Levin was already a very successful writer in 1967. At the age of 21, he’d sold two TV screenplays to NBC, followed by a Tony nomination for a Broadway play and the 1954 Edgar Award for his debut novel, in which a vicious young man murders his pregnant lover. But every smash was followed by a disaster, and success always appeared to come at a price—a motif that runs through all of his finest works, particularly Rosemary’s Baby.

Rosemary and Guy Woodhouse, played by Mia Farrow and John Cassavetes, are a charming couple hoping to establish a family. They move into a spacious apartment in a bizarre old building in New York as part of their preparations, where their eccentric older neighbors appear only too willing to assist them with advice and unusual herbal treatments. Rosemary discovers she is pregnant after having a horrific dream, but she suspects a diabolical plot to use her unborn child as a satanic sacrifice.

In 1965, Levin conceived the book’s concept, drawing inspiration from his pregnant wife, their New York apartment, and the worry of being a father.

The aspiring author envisaged a future in which there was no God and the devil was free to rule. This is demonstrated in the classic finale, in which Rosemary discovers that her husband sold her womb to Satan and her kid is the Antichrist. Due to the popularity of his work, Levin was launched into the upper echelons of the literary world, and a year later, a European auteur searching for his own Hollywood break opted to direct the film version of his novel.

It was an instant smash when it was released in America, but there has long been a belief that the film’s Satanic implications infused it with a curse that the actors and crew suffered from from the minute it went into production. The Rosemary’s Baby film curse is said to have struck everyone involved, with the director and producer bearing the brunt of the ill luck. There were many unpleasant things that happened during the making of Rosemary’s Baby, but the curse took the majority of its victims soon after the movie was released.

The so-called curses associated with these productions are frequently shown to be publicity stunts and marketing initiatives designed to increase ticket sales. Although there is almost complete assurance that no genuine witchcraft is involved, catastrophic incidents have become connected with the iconic picture.

Composer Krzysztof Komeda died after falling off a cliff after four months in a coma. William Castle suffered from kidney stones and nearly died. His career did not revive, and he never made another big film. Mia Farrow’s marriage to Frank Sinatra ended when she was issued divorce papers on set.

The Dakota is one of New York’s most renowned buildings, not only because it served as the façade for Rosemary’s Baby’s apartments, but also because it was where John Lennon died. The Dakota’s gothic aesthetic gives it all the gloom it needs to persuade you that it’s the home of witches, and producer Robert Evans adds that he felt a decidedly spooky vibe the whole time he was on site at the apartment complex. Although Lennon had no involvement in Rosemary’s Baby, he was friends with Mia Farrow, and when the Manson Family murdered Sharon Tate, they scribbled “Helter Skelter” in blood on the wall. One of the tracks on the White Album that Manson utilized as a pattern for his “revolution” is “Helter Skelter.” Lennon was shot and killed outside his apartment building 11 years after Tate died. Mark David Chapman fired five shots into the singer’s back. 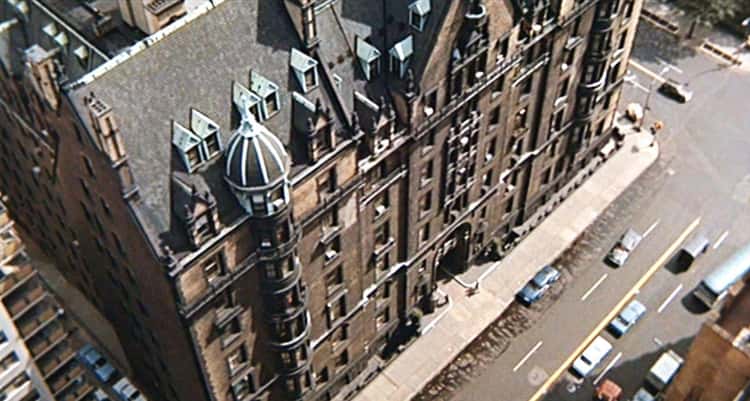 Producer William Castle was suddenly hit with acute kidney stones in April 1969, sick with stress from the continual hate mail he received. He was believed to have hallucinated scenes from the movie while in the hospital and cried, “Rosemary, for God’s sake, drop the knife!” Castle hardly recovered and never had another Hollywood hit.

Roman Polanski, the film’s director, was perhaps the person who was most affected by the Rosemary’s Baby curse. Initially, he intended to cast his wife, Sharon Tate, as Rosemary, but producer Robert Evans overruled him, fighting tooth and nail for Mia Farrow. Evans had his way, and Tate was consigned to a single party scene as an anonymous background figure. Tate and some of her companions were living in a rented house on Cielo Drive in Los Angeles a year after the film’s premiere when Tex Watson and some Manson “family” members broke in. The four people received almost 100 penetrating wounds from Watson and the females, none of whom lived.

Roman Polanski plunged into a spiral of addiction and criminality after the brutal murder of his wife and newborn son shortly after filming Rosemary’s Baby. Polanski met Samantha Geimer, then 13 years old, while guest editing the French issue of Vogue in 1977, and persuaded her to pose for a series of picture sessions. Polanski loaded the girl with booze and other strong narcotics before sexually abusing her many times during one of these shootings, which took place at Jack Nicholson’s residence. Polanski was arrested shortly after and spent 42 days in prison before fleeing the country to avoid further punishment.

Since then, he has lived the life of a criminal, avoiding travel to nations where he may be extradited back to the United States.

The rape scene in “Rosemary’s Baby” foretold the conditions of his actions in a horrible way. With this in mind, it was inevitable that the director’s work would come up in the #MeToo discourse.

Many books have been written about the issue, but the overall agreement appears to roundly condemn Polanski and his acts while supporting the value and continued relevance of his art. In her outstanding post for Refinery29, Anne Cohen summarized:

“Still, no matter how much feminist leeway you give the film, it’s hard to get around the big elephant in the room: that this nuanced, empathetic story with a female lead was written for the screen, and directed by a man accused of raping a teenage girl. And I don’t think it’s something we can get around. If you watch the film, it’s something you have to face, and ponder, especially in scenes dealing with non-consensual sex, just as you can’t watch Gone With The Wind without grappling with how it falsely portrays slavery as benevolent. But those considerations don’t have to obscure the whole film, which remains a cinematic feat, and movie with tremendous impact on future works.”

The Curse Of James Dean’s Porsche 550 Spyder: The ‘Little Bastard’
How Charlie Chaplin’s dead body was stolen from his grave
Advertisement