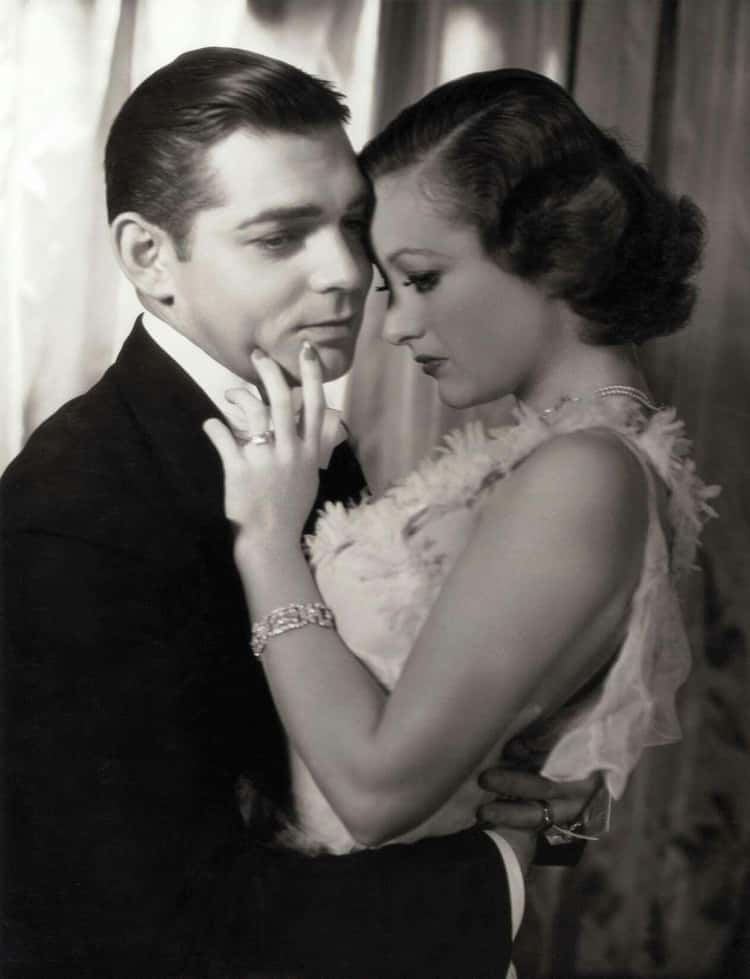 Ohio was the king’s birthplace in 1901. Gable never knew his mother, who died when he was young, and his father was a wealthy oil tycoon. Gable dropped out of high school at the age of 16 to work at a tire manufacturing plant. He had never considered becoming an actor until that fateful day when he saw “The Bird of Paradise.” Gable was enthralled by it to the point where he felt compelled to act.

He was a motivated young man who, after receiving a small bequest from his grandfather, proceeded to Kansas City to join the Jewell Players, a traveling troupe. Meanwhile, he scraped by doing odd jobs for a newspaper and eventually working as a telephone linesman.

He began touring with stock companies, learning the profession while performing in Bute, Portland, and Astoria, Oregon, where he met and fell in love with Franz Dorfler, a dark-haired young actor.

In 1922, the pair were engaged, but they chose to postpone their wedding until they could get a more solid source of income. Franz pushed Gable to audition for the Red Lantern Players, a newly created theatre company, in order to promote his career.

Gable was not very handsome by Hollywood standards, and the traveling theatre company with which he had begun his career had gone bankrupt. It was a meeting with acting coach Josephine Dillon, who was also the director of the next theatre group he joined, that started to turn things around for him. Dillon assisted Gable in getting in shape by repairing his teeth and hair. Despite the fact that he was over a decade his senior, the two married, and Gable was soon in Hollywood.

He continued to have affairs with other women, and following their divorce in 1930, Dillon claimed she and Gable never consummated their marriage.

Dorfler, on the other hand, never got over Gable. “I never went to his pictures because I knew him. I knew all of his expressions, his gestures, the raising of one eyebrow, the crooked smile, his dimples and wink. He never really changed. A bit polished, but still the same… Sometimes I wished that I hadn’t met him because I was unable to accept any of the other proposals I’d had. I couldn’t marry someone else while I still loved Clark.”

Gable chose to move to New York since Hollywood no longer gave him the attention he desired. He met Maria ‘Ria’ Langham, a Texas socialite, there. In 1928, while working on Broadway, Gable met Langham and had an affair with her, despite the fact that he was still married to Josephine Dillon. Gable was accused of starting a relationship with Ria because she had more money and contacts than his wife. Langham was also 17 years older than Gable, and her prior marriages and social experiences were extremely beneficial to Clark’s career. Gable’s career took off, and his affair with Langham was uncovered by Metro Goldwyn Mayer’s president (MGM). Gable was forced to divorce Dillon and marry Langham, which he did. Gable and Langham married in 1931 but divorced in 1935 due to Gable’s numerous extramarital affairs. In 1939, they ultimately divorced.

He began living with Carole Lombard, a stunning Hollywood actress who became his companion, lover, and soulmate.

There were initially no sparks between Gable and Lombard when they met on the set of No Man’s Land in 1932. In a memoir published by the film’s director, Garson Kanin, Lombard verified this. Despite filming hot love scenes together, Kanin recalls Lombard telling him that “she never got any kind of tremble out of him at all”.

When the two actors met again four years later at Lombard’s Mayfair Ball, it was a very different story. Carole brought a date, but Clark, who was separated but not divorced, came alone. Gable, on the other hand, was reported to have welcomed Lombard back to his hotel room that night.

Gable made his connection with Carole public after his divorce was finalized in 1938. They were inseparable, and a year later, while Gable was on a break from filming Gone With The Wind, they eloped in Arizona.

Lombard, whom he called his ‘little screwball’, was lively, younger than him, foul-mouthed and irreverent. “I love Pappy,” she once said, “even though he’s not the greatest lay.” 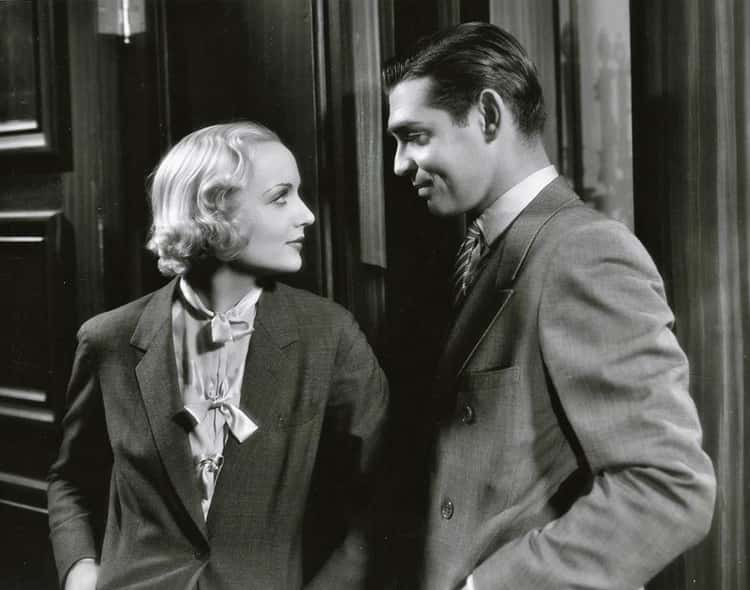 Photo: No Man of Her Own / Paramount Pictures

Most people believe Lombard was Gable’s true love since she allegedly brought out his mischievous side. They went on fishing and hunting expeditions together and called each other Pa and Ma. Many believe Gable continued to sleep with other women during their marriage, and while Lombard was reportedly enraged by his behavior, she most likely tolerated it.

He started dating Lana Turner, his co-star in the 1942 film ‘Somewhere I’ll Find You.’

In 1942, Lombard died in a plane crash, which likely prompted Gable to join the Air Force in order to cope with his grief. Friends and coworkers believed Gable never recovered after the loss of Lombard.

Gable was heartbroken, but he managed to ride his horse 7,800 feet up the mountain in search of the flight’s wreckage. Lombard’s body was discovered under one of the plane’s wings with the help of guides and officials.

Gable had become a widower and couldn’t handle the thought of returning to an empty house. To cope with his loss, he turned to drinking, smoking, and reckless motorbike riding. In August 1942, he ultimately enlisted in the US Army Air Forces, telling his pals that he didn’t care whether he died in battle.

Gable’s love for Lombard was so intense that when he died, he asked to be buried next to her. His dream was granted when he died in 1960 from cardiac issues.

In 1945, he was released from the United States Army Air Forces with the rank of Major, and he returned to the screen as a returning hero.

Gable returned to his ranch to recover soon after his discharge, and it wasn’t long before his mind wandered again. He rekindled his pre-war romance with MGM actress Virginia Grey and dated a slew of other actresses. Joan Crawford and Clark Gable restarted their affair and lived together for a short time after Joan Crawford’s third divorce in 1946.

Gable allegedly slept with a number of the actresses with whom he worked. He apparently had intimate time with Jean Harlow and Ava Gardner. Gable and Grace Kelly started dating while filming Mogambo. However, according to rumors, they split up because Gable refused to marry.

Gable continued to make movies, averaging approximately one per year, but his post-war film career was largely uneventful, and he never replicated his pre-war achievements, despite being in the top 10 Hollywood moneymakers for each of the nine years from 1947. In 1947, he was hailed for his performance in ‘The Hucksters,’ and he followed it up with a brief but highly public affair with Paulette Goddard. He dated Nancy Davis, the future Mrs Ronald Reagan, in 1948 and is said to have proposed marriage to her.