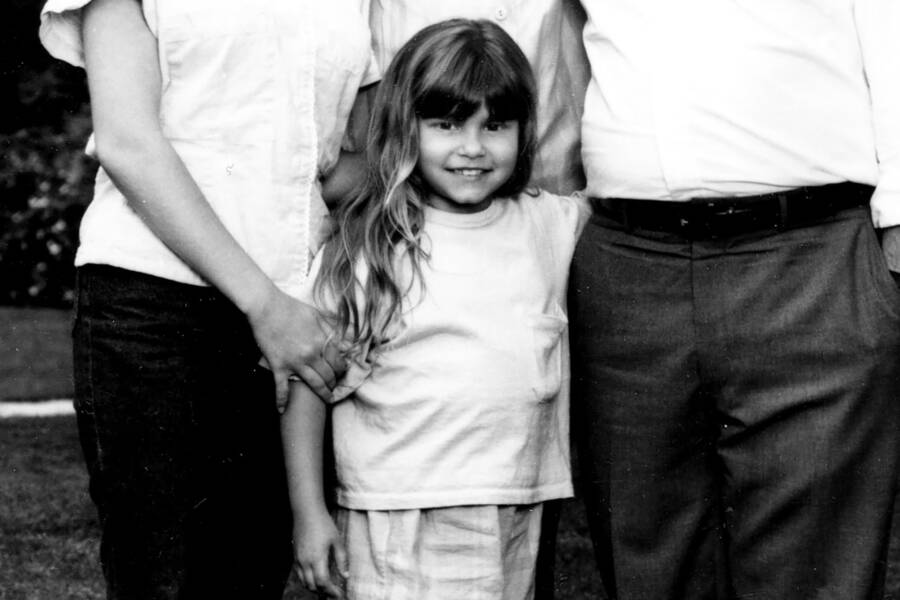 Anyone who grew up in the 1980s will recall a charming and gifted child actress named Judith Barsi.

She had a variety of film and television appearances by the age of ten, including Cheers and Jaws: The Revenge, as well as contributing her voice to animated films like The Land Before Time.

Judith was murdered by her own father when she was 10 years old, thus she never got to be the great star she was destined to be.

IMDb claims that Judith Barsi began acting at the age of five. Since she was small, she didn’t appear to be her age. As a result, she was cast in roles that were years younger than her actual age.

She appeared in over 70 ads, including ones for Campbell’s soup, Toys R Us, and Jif peanut butter. Judy, as she was called, acted in both television and theatrical pictures.

Her mother Maria was a stage mother but not along the lines of Judy Garland’s mother or the mother of silent film star Mary Miles Minter.

Judy’s life was kept as normal as possible by Maria, who kept her in school unless she had to be pulled out for filming, gave her lunch every day, and encouraged her to do things like ride her bike, play Operation, and learn to knit.

Her mother would pop popcorn and the two of them would settle in front of the television to watch one of her advertisements or television programs. Unless her father was home, in which case they would huddle together in Judy’s room and watch.

Ruth Hansen, Judith’s agent, told the Los Angeles Times in August 1988 that her client was a “bubbly, happy little girl” whose popularity was owed in part to the fact that she appeared much younger than she was. She was little, and at the age of ten, she began taking injections to help her grow.

Her burgeoning fame, however, coincided with her father’s abuse. József Barsi tormented his family behind the scenes. Maria reported Jozsef’s abuse to the police in the winter of 1986. While the incident appeared to have prompted him to quit drinking, he continued to threaten and physically abuse his wife and kid. He also stated that he was going to slit their throats and murder them both.

Other persons in Jozsef’s life were aware of his fascination with murdering Maria and Judith, in addition to Maria and Judith. The harassment became so severe that Judith began to gain weight. “I’m afraid to go home,” Judith stated, according to a Los Angeles Times report.” My daddy is miserable. My daddy is drunk every day, and I know he wants to kill my mother”.

Hansen first witnessed “how bad Judith was” in May of 1988. 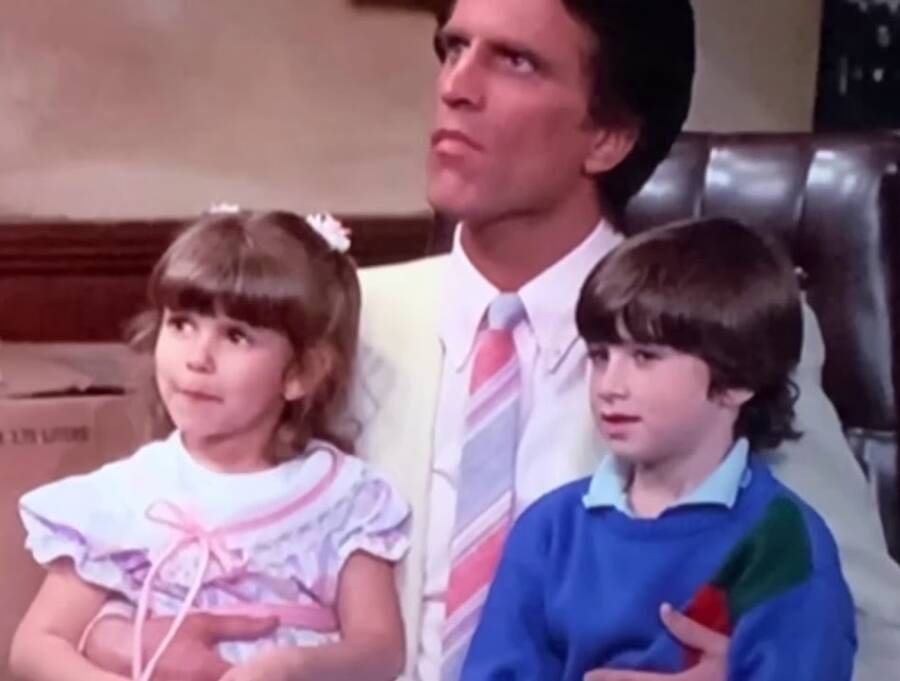 Judith Barsi (left) with Ted Danson on Cheers in 1986.
YouTube

The 10-year-old was supposed to attend an audition but began “crying hysterically” and “couldn’t talk.” Hansen decided to intervene after learning more about Judith’s personal circumstances.

She urged her client’s mother to take her to a child psychologist, who found “extreme verbal, mental, and emotional problems with this child,” according to Hansen.

Judith’s situation was reported to Children’s Services, who were informed by Judith’s mother, Maria, that she intended to divorce her husband and leave the family home.

Maria had begun renting a separate apartment in May but had yet to complete the transfer. Maria informed Hansen in June that she wanted to stay at the house for Judith’s birthday, despite Hansen’s advice.

Then, on July 25, Judith failed to show up for an appointment. She was last seen riding her bike in the morning.

While Judith was sleeping, Jozsef shot her in the head, and Maria, who had never left Judy alone with her father because of his aggressive personality, heard the shot and hurried to defend her daughter. Her husband approached her in the corridor and shot her as she sank to her knees and sought to shield her head and face with her hands. He shot himself two days later.

Judith’s burial was attended by several of her previous castmates from various productions. One of the pallbearers was Lance Guest, who played her father in Jaws. In Los Angeles, Judith and her mother were buried together. Judith’s final acting job was as Anne-Marie in the 1989 film All Dogs Go to Heaven, in which she voiced the character.

Barsi’s father was a heavy drinker with a short fuse. He once smashed Judith’s kite and referred to her as a “spoiled brat.” “If you decide not to come back, I will cut your throat,” Barsi told his daughter before flying to the Bahamas to film the Jaws sequel.