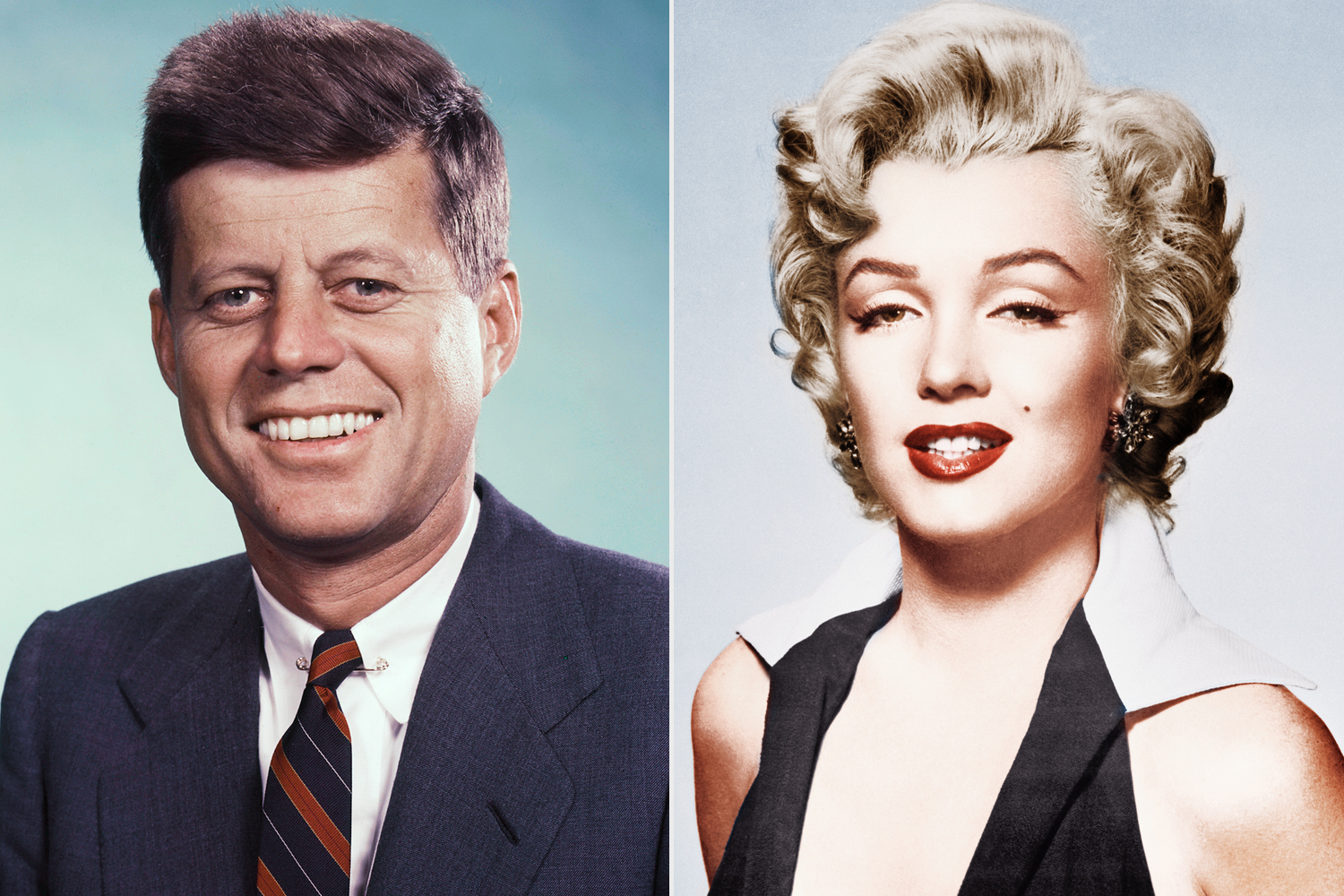 Marilyn Monroe shimmied onto the Madison Square Garden stage on May 19, 1962, during a fundraising and early birthday celebration for President John F. Kennedy, shrugging off her beautiful fur coat to reveal a skin-tight, rhinestone-encrusted gown, and stepping up to the microphone.

When Monroe sang “Happy Birthday” to the president in a now-famous seductive manner, it was one of the first times the alleged couple gained attention.

The sole verified image of either Kennedy with Monroe is said to be a rare photo taken after the performance at the home of movie executive Arthur Krim at a party.

The shot was taken by White House photographer Cecil Stoughton, who kept it a secret for decades before revealing it in 2010. 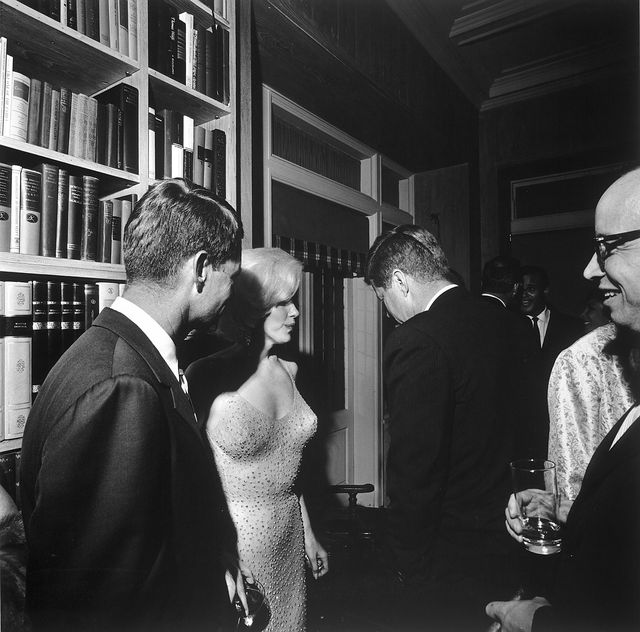 If the public didn’t already believe the Hollywood s** symbol and the commander-in-chief were secret lovers, Monroe’s seductive performance would make them the subject of intense speculation for decades to come, leading to endless tabloid reports full of lies and doctored photos of the two of them together — especially since Monroe would die only months later.

It was claimed that the two met at a dinner party hosted in JFK’s honor in New York in the early months of 1962, and that Frank Sinatra, a close friend of JFK’s, introduced them.

“It was obviously a se*ual thing, and I would expect that there were feelings on her side,” Frank Sinatra’s lifelong friend Tony Oppedisano said in his memoir, Sinatra and Me: In The Wee Small Hours, about Monroe and JFK.

He stated, “It’s not like she was in love with” JFK, but that she “looked up to him.”

“She respected him; she admired him.”

“She loved what he was doing with the country, and then to have a physical relationship with him, she found him attractive and vice versa.”

Regardless of how she felt about the president, Monroe would not end JFK’s marriage to Jacqueline Kennedy.

Oppedisano stated, “Frank did say she had a sense of ethics and morals as well that she tried her best to live up to.”

According to most accounts, Kennedy and Monroe only crossed paths a few times during their lives.

Some speculated that the couple first met at the Waldorf Astoria in 1957, and while they were undoubtedly photographed there on the same night with their separate spouses, there is no photographic evidence or other evidence that they even talked to each other. 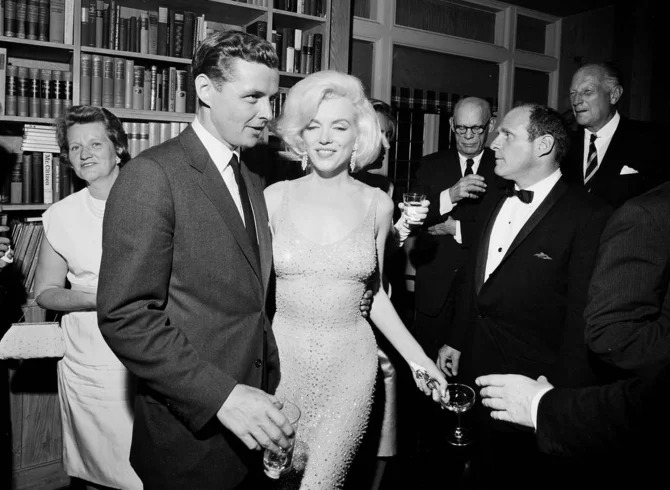 In 1961, the actress and the newly elected President of the United States were both said to have attended a dinner party held by actor Peter Lawford in Santa Monica. Monroe was a close friend of Lawford’s wife, JFK’s sister Patricia Kennedy Lawford. However, while JFK did attend a luncheon at Lawford’s on the day in issue, Monroe’s presence cannot be confirmed, according to Buzzfeed.

Multiple historians think that the most likely night for an affair was March 24, 1962. Monroe and Kennedy are said to have attended a party at Bing Crosby’s home in Palm Springs, California. Marilyn Monroe’s close friend and masseuse Ralph Roberts alleges that when on the phone with Monroe that weekend, he heard what sounded like Kennedy’s voice, according to author Donald Spoto in Marilyn Monroe: The Biography. Monroe had called to seek expert massage advice—Kennedy was known to suffer from back problems—and Kennedy had allegedly taken the phone to speak with Roberts personally.

“Marilyn told me that this night in March was the only time of her ‘affair’ with JFK,” Roberts said. “A great many people thought, after that weekend, that there was more to it. But Marilyn gave me the impression that it was not a major event for either of them: it happened once, that weekend, and that was that.”

“What happened to Marilyn Monroe is one of the great mysteries of the 20th century,” her biographer James Spada told PEOPLE in 2012, just before the 50th anniversary of Monroe’s death.

“It was pretty clear that Marilyn had se*ual relations with both Bobby and Jack,” Spada said, though he doesn’t believe the Kennedys were responsible for Monroe’s death. Monroe may have started seeing Bobby to revenge on the then-President, according to Oppedisano.

“According to Frank again, she felt a little bit betrayed and, yet again, taken advantage of when it ended” with JFK, Oppedisano says.

“And to an extent, maybe her taking up with Bobby was to get back at him, and it wasn’t so much about Bobby as maybe sticking her thumb in JFK’s eye – ‘You’re not going to be with me, so maybe I’ll take up with your brother.’ ”

Bobby Kennedy, according to Oppedisano, “was a different mentality all together.”

Bobby also sought to “impress on [Monroe] that he was as important as his brother,” alleging that he would “tell her things that he shouldn’t have told her, sensitive information.”

Monroe historian Anthony Summers said there was a “moment where she put her head in her hands and said words to the effect of, ‘Oh, why do I have to keep covering this up?’ I said, ‘Covering what up, Mrs. Murray?’ She said, ‘Well of course Bobby Kennedy was there [on Aug. 4], and of course there was an affair with Bobby Kennedy.’ ”” during a 1983 BBC interview with the star’s former live-in housekeeper, Eunice Murray.

John Lennon Admitted To Beating Women And Was Adulterous
How did Hollywood producer Thomas Ince die?