Jackie Coogan was born in October 1914 and was destined for the film industry, especially because his family was full of vaudevillians. John Coogan, his real father, was a dancer, and his mother, Lillian, was a child entertainer.

Coogan was one of the very first child actors to appear in a film. In the year 1921, he appeared in Charlie Chaplin’s film “The Kid.” His career as a child celebrity came to an end on a sour note, with him suing his mother and stepfather for squandering his wealth.

His story was so disturbing that it permanently modified the Coogan Act, which governs minor actors.

If you’re unfamiliar with the Coogan Act, or, to use its official, non-Wu-Tang created term, the California Child Actor’s Bill, a young Jackie Coogan made nearly all of his money acting in a run of popular movies alongside luminaries like Charlie Chaplin throughout the 1920s. Coogan, on the other hand, never saw a dime of the money he made since his mother and stepfather spent it on jewels, vehicles, and unnecessary fancy hats that they never wore or even tried to use as improvised hummingbird nets.

Jackie was born in Los Angeles in 1914 to John Henry Coogan Jr. and Lillian Rita Coogan. He was a vaudeville and cinema performer since he was a child, when his father, who was also an actor, introduced him to the profession.

Jackie had acted in a couple uncredited tiny parts in films before she turned three.

Jackie had got his first acting job when he was just 18 months old. He then began traveling with his family in Los Angeles, California, when he was five years old.

Jackie was hanging at the Orpheum Theatre in Los Angeles when he was four years old, while his father was practicing a vaudeville performance. Jackie leapt onto the stage during a break in the practice and began performing the shimmy. The shimmy was a popular dance at the time, and seeing a four-year-old execute it precisely on the spur of the moment must have been a sight to behold.

As chance would have it, Charlie Chaplin happened to be discreetly watching rehearsals from the back of the auditorium. Charlie Chaplin was, without a doubt, the world’s biggest cinematic star at this time in his career. Charlie had already starred in scores of films and was now writing, directing, producing, and occasionally even composing his own.

Charlie began to include Jackie in his projects later on, such as the 1919 short film “A Day’s Pleasure” and the 1921 picture “The Kid.” 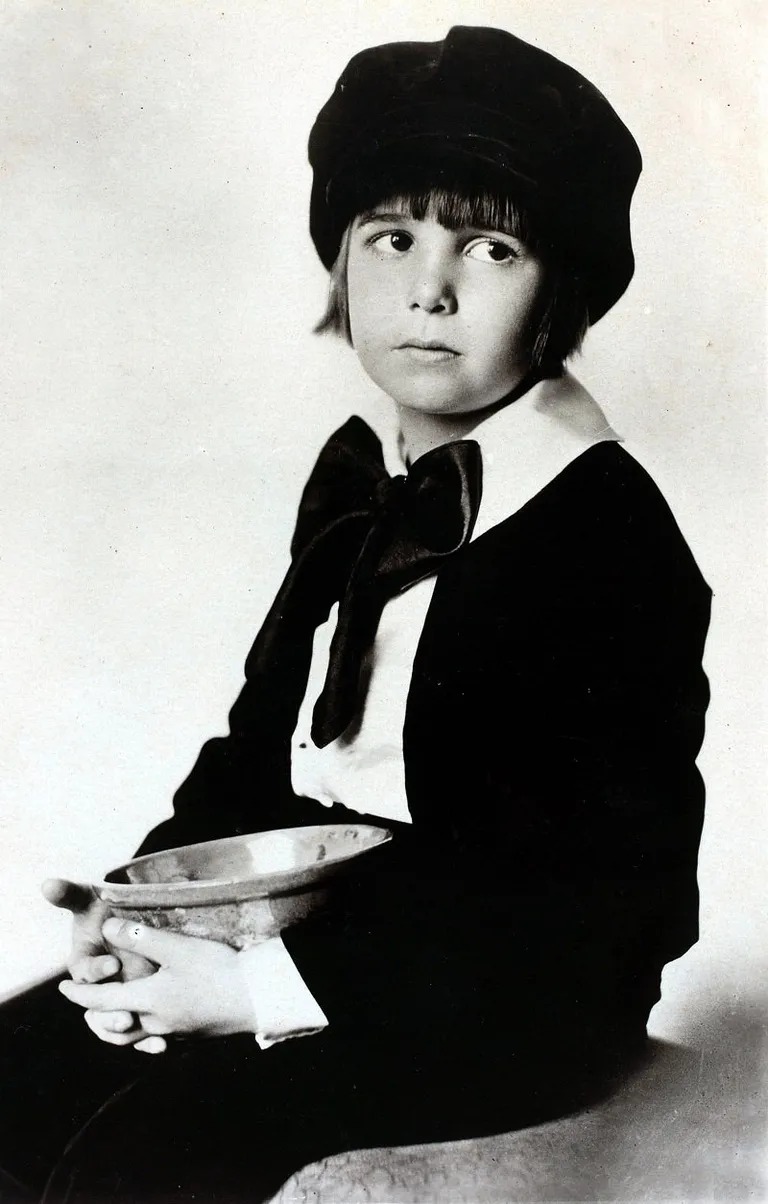 Jackie portrayed an orphaned youngster being raised by a poor guy (Charlie Chaplin).

The Kid went on to collect more than $2.5 million in theaters ($32.5 million adjusted for inflation), making it the year’s second best earning film. Throughout the film’s 36-week filming timeline, Jackie was paid $75 each week ($957 with inflation). Jackie was also granted a bonus of $5000 ($65,000 after inflation) after the film was finished. Jackie made around $100,000 on The Kid in inflation adjusted dollars. Not bad for a kid of seven!

Jackie featured in a dramatization of Oliver Twist the next year (1922). His subsequent rise to prominence resulted in him being a merchandising target. Peanut butter, albums, figurines, and other items based on his persona were soon available.

Jackie and his father were hunting in Mexico a few months before turning 21 when their automobile was thrown off the road. The young actress was badly hurt yet survived. Unfortunately, his father and three other people died.

As a kid celebrity, he earned 3 to 4 million dollars, which is about 44 to 59 million dollars in 2021 dollars. His real father had carefully managed his finances to avoid wasting or squandering them.

The death of John Coogan was by far Jackie’s most difficult event. But it wasn’t only his death that shattered his heart; it was Lillian’s actions as well.

His mother remarried a year after his father died. Arthur Bernstein, the family’s financial advisor, became her new husband. Jackie had no right to the money, they claimed, because he was merely enjoying himself on the television and had never cared about money before, so he shouldn’t care now.

Jackie couldn’t get his money till he reached 21 because of the restrictions at the time. When Jackie reached that age, he was astounded to see that his mother and stepfather Arthur Bernstein had utterly wasted the majority of his money.

Jackie would find later that his mother and stepfather had spent the whole wealth on opulent clothing, jewels, costly automobiles, diamonds, homes, and other items. Bernstein and Jackie’s mother bought the largest mansion in Los Angeles for their primary abode. A mansion with a swimming pool that was one of the first private mansions in California to have one.

When he became practically bankrupt at the age of 23, he initiated a lawsuit against Arthur and his mother to retrieve his funds. Jackie finally spoke up about the event years later:

“It was the lowest point of my life because my stepfather was related to many people, and I was blackballed by the studios.”

Coogan’s mother was also perplexed by the idea of her son being paid for appearing in some of the biggest films of the previous decade because he’d had so much fun making them, seemingly unaware that most landlords don’t accept funny childhood anecdotes in lieu of rent and that “fun” can’t be used to buy groceries. Finally, Mrs. Coogan solidified her status as a champion-level jerk by claiming that her son didn’t deserve the money since he was “a bad boy.”

Unsurprisingly, the courts and the general public did not agree with Mrs Coogan’s brazen “stealing money from children” position, and she eventually lost the case, forcing her to hand up what was left of Coogan’s considerable earnings. This amounts to about 160 thousand dollars out of a fortune worth an estimated $4 million. Which wasn’t enough to get Coogan through his acting rut, as child performers’ careers tend to eat shit for a long time after they stop being charming.