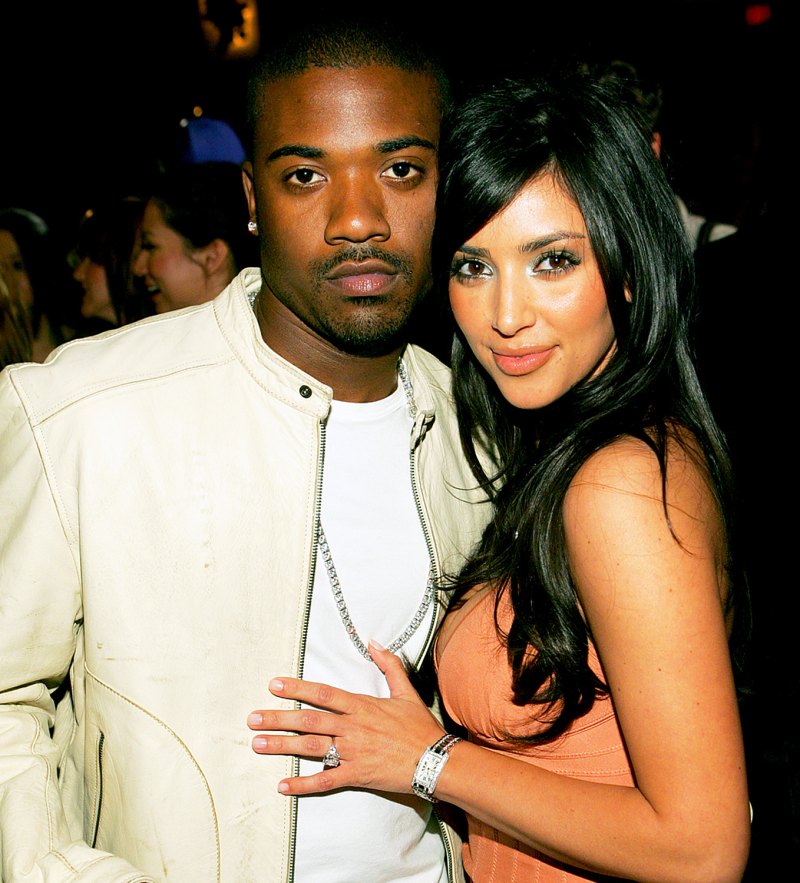 Ray J appears to have confirmed that a second s** tape with Kim Kardashian exists. Despite a clip from The Kardashians showing Kanye West delivering the supposed tape to her, he claims he never had a copy.

Ray J revealed for the first time in a shocking interview with DailyMail.com that he never had a copy of any of the videos they recorded together, instead keeping only images and texts Kim sent him between 2002 and 2009.

“I’ve sat in the shadows for over 14 years allowing the Kardashians to use my name, to abuse my name, make billions of dollars over a decade-and-a-half talking about a topic I’ve never really spoken about,” Ray J said. “I’ve never leaked anything. I have never leaked a s** tape in my life. It has never been a leak. It’s always been a deal and a partnership between Kris Jenner and Kim and me and we’ve always been partners since the beginning of this thing.”

According to the Daily Mail, Ray J was the one who proposed to Kardashian that the s** tape be released. According to Ray J, Kardashian liked the idea and enlisted the help of her mother, Kris Jenner, to plan the tape’s distribution with Vivid Entertainment.

“I never had a single one at my house — she had them at her house. She’s always had all the tapes in a Nike shoe box under her bed,” he alleged. “That’s how it all came about. Once I pitched the idea to her, just playing around a little bit, that’s when she jumped on the idea, talked to her mom and it was out of my hands from there.”

Ray J stated he regrets taking part in the business transaction with the Kardashians after being publicly vilified and blamed for the 2007 s** video leak. The defamation of his reputation, according to the Love and Hip Hop star, has cut short his career and left him depressed.

“I felt suicidal because when you know something’s real and it’s true and you’re watching a whole family create an empire from a lie they’ve created,” Ray J said. “It’s heartbreaking and disrespectful to all the entertainers who have been honest and true to their craft.”

He continued, “As a black man living and working in America, it’s hard to get up every day and look out at the water or look at my family and know that they think something about you when you know it’s 1,000 percent the other way. How do you live like that?”

He claims he missed out on Dancing with the Stars and America’s Got Talent as a result of his involvement in the tape.

“For me, I’ve been walking on eggshells thinking I’m going to get in trouble for telling the truth and I’ve been holding onto it for the past 14 years and watching them humiliate me.” He went on to accuse Kim of “defaming” him, saying, “They’re celebrating my destruction.” He was moved to speak out after seeing Kim say he had a video of him “sticking a d!ldo in my a**” on Hulu’s The Kardashians.

Kanye West allegedly recovered a second s** tape from him late last year, according to the “One Wish” singer. “It wasn’t a s** tape — it was a lot of pictures, a lot of little mini videos and a lot of proof we’ve been talking over the years [since our split],” the entrepreneur explained. “If you send me an email in 2008, the computer doesn’t change the date on it.”

Ray also shared a series of Instagram DMs between the two, in which he claimed her “sticking a d!ldo in my a**” remark made him “look like a rapist and dirty perv.”

‘If you’re upset about the d!ldo comment, it was clearly a sarcastic joke and I was laughing when I said it,’ Kim says in a private text message to Ray J.

Recent episodes of “The Kardashians,” the family’s new documentary-style series on Hulu, covered the s** tape. After discovering earlier in the show that Ray J’s former manager Wack 100 was threatening to reveal supposed further material from their s** tape, Kardashian declared she would “burn” anyone who threatened her with more s** tape footage “to the f*cking ground.”

Ray J’s manager, Wack 100, threatened Kardashian and Kanye West with an NFT release of further footage from the s** tape in September. “All I know is Kanye, holla at me, bro. We got part 2 on the laptop. Ain’t never been seen. We’d love for you to have it,” Wack told Bootleg Kev. “It’d be a great personal, private NFT.”

Ray J is aware of the footage and refuses to participate.

“This ain’t cool. I been staying off the Raydar – Just staying focused and being humble and thankful for all the blessings I’m receiving. How can I show off growth and maturity if this kinda of stuff keeps happening? I’m a father now and my job is to be a great parent and put them first. This is not the message I want to send out – smh.”

Ray J told the Daily Mail that he expects consequences for coming out because of a 2007 contract that required him to remain silent.

“I can’t live the rest of my life in this lie. This morning, I woke up and said, you know what? For the remainder of my life, I’m going to live in my truth and not in the lie that’s been created by Kris Jenner and Kim,” Ray J said.