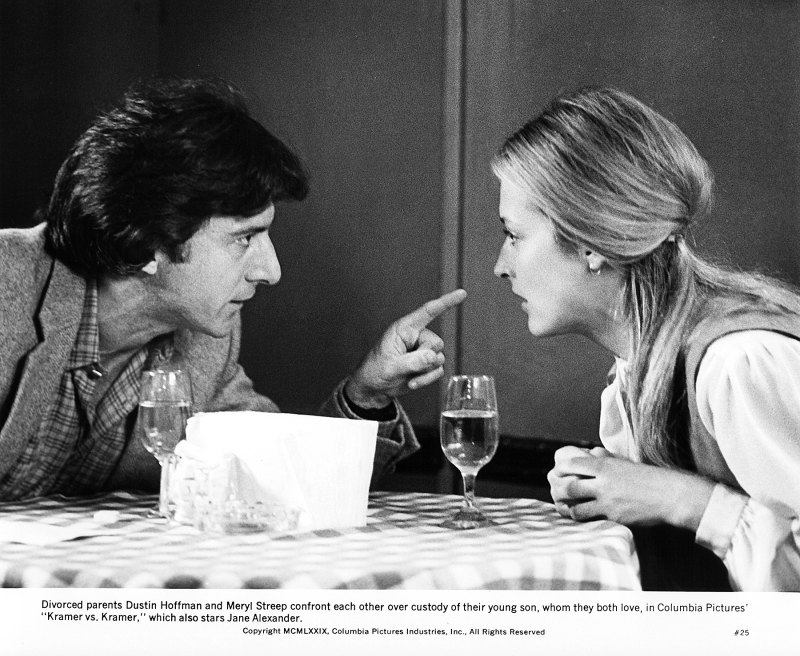 Dustin Hoffman “overstepped” when he slapped Meryl Streep for real during a scene for the 1979 Oscar-winning picture Kramer vs Kramer, she says.

Streep was interviewed by The New York Times to promote her new film “The Post.” As previously reported, the 80-year-old actor has been accused of sexual assault and harassment by many women over the years while working with him. When questioned about her time working with Hoffman, Streep, who has been outspoken in her support for the rising “#MeToo” movement in Hollywood, claimed the slap went too far.

“This is tricky because when you’re an actor, you’re in a scene, you have to feel free,” Streep explained. “I’m sure that I have inadvertently hurt people in physical scenes. But there’s a certain amount of forgiveness in that. But this was my first movie, and it was my first take in my first movie, and he just slapped me. And you see it in the movie. It was overstepping”

“But I think those things are being corrected in this moment. And they’re not politically corrected; they’re fixed. They will be fixed, because people won’t accept it anymore. So that’s a good thing,” Streep said.

This isn’t the first time Streep has had a public feud with Hoffman on the set of “Kramer vs. Kramer,” as The Hollywood Reporter points out. She said in a 1979 interview that he touched her breast during their first meeting.

Hoffman was one of the celebrities accused of sexual harassment and misbehavior by women he worked with during the Harvey Weinstein affair.

He has apologized to novelist Anna Graham Hunter, who was the first to come forward, saying: “I have the utmost respect for women and feel terrible that anything I might have done could have put her in an uncomfortable situation. I am sorry. It is not reflective of who I am.”

When Streep was placed alongside Hoffman, now 80, she was a relatively unknown actor, and the two didn’t get along during production. According to producer Sherry Lansing’s book, the seasoned actor once smashed a wine glass in the middle of a scene without informing an enraged Streep, who ended up with pieces in her hair.

But tensions reached a boiling point when Hoffman struck Streep as they were ready to begin filming in an attempt to get a more genuine performance from the young actress. According to producer Stanley Jaffe, Streep was “furious.”

Read all about their on set clashes here > Dustin Hoffman slapped Meryl Streep on film set, Taunted her About Dead Boyfriend