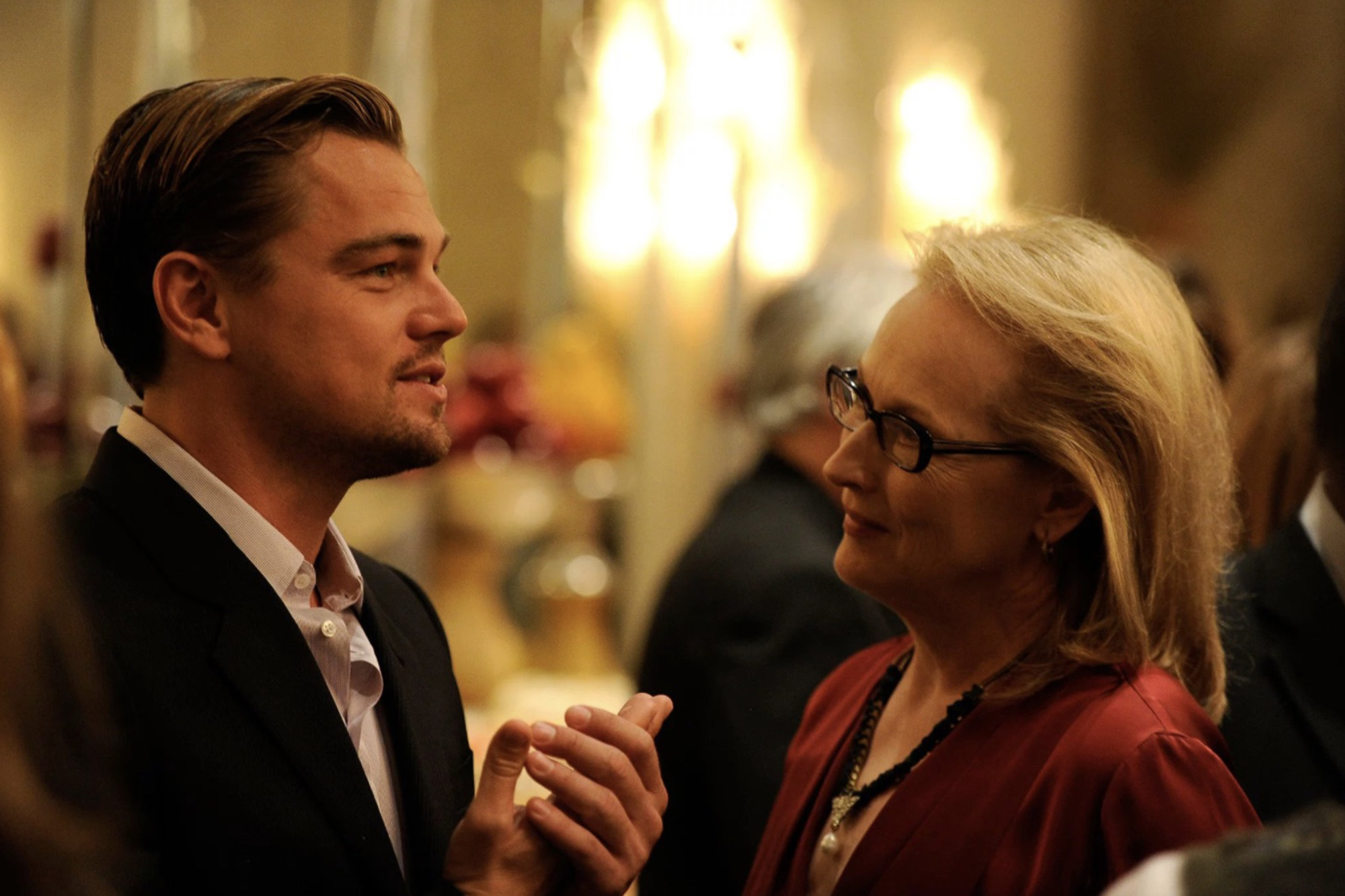 In one scene in the film, Streep is seen n-ked from behind, and despite the fact that the Oscar winner used a body double, DiCaprio was reportedly uncomfortable with the concept.

“She is fearless. And yes, that is a body double. But you know who had a problem with it? Leo [DiCaprio],” McKay said. “Leo just views Meryl as film royalty … although maybe royalty is not a compliment … but as such a special figure in the history of film. He didn’t like seeing her with the lower back tattoo, walking for a second n-ked. He said something to me like: ‘Do you really need to show that?’ And I was like: ‘It’s President Orlean; it’s not Meryl Streep.’ But she didn’t even blink. She didn’t even bring it up.” 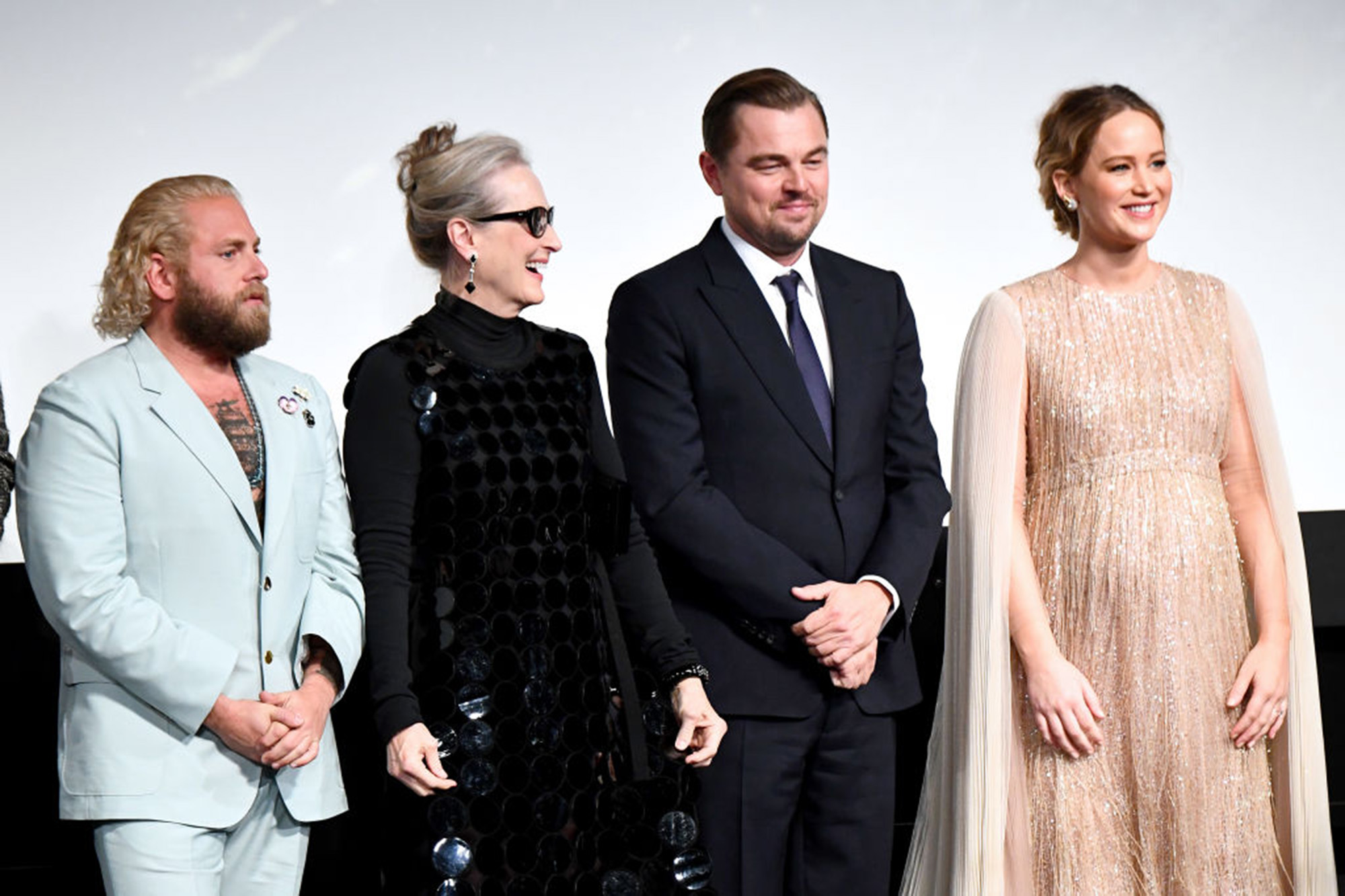 DiCaprio said he and his “Don’t Look Up” co-stars were “on their toes” working with Streep.
Getty Images for Netflix

DiCaprio’s admiration for Streep dates back to 1996, when they co-starred in Marvin’s Room, thus their friendship spans 25 years.

Last week, Dicaprio told E! News about what it’s like to work with Streep on set, saying, “You get to work with the greatest living actor in the world. Everyone’s on their toes. Everyone’s prepared, and we’re just trying to keep up with her.”

Despite her extensive filmography, Streep has never performed a full-frontal n-de scene.

In the 1982 film “Still of the Night,” she was shown topless on a massage table. She  was carefully draped in a towel.

Streep’s character in the 1983 film “Silkwood,” flashes at her coworker. Streep slips down during a skinny-dipping sequence in the 1994 film “The River Wild,” Then, in 1995, in “The Bridges of Madison County,” she had a hot sex scene with co-star Clint Eastwood.

In any case, Don’t Look Up is a crazy story both on and offscreen. DiCaprio and Jennifer Lawrence play a pair of scientists who, seemingly to no effect, rush to warn the world about a coming meteoric calamity. Lawrence recently said that she got high to portray a moment in which her character, Kate, is high, and DiCaprio also revealed that he rewrote one of his sequences 15 times to get it properly nuts.

McKay also talked about how he was able to assemble such an A-list ensemble for the catastrophe comedy.

“I had a couple of people I wanted right from the jump. Like, I wrote the roles for Jennifer Lawrence and Rob Morgan. I sort of had Meryl Streep in mind, but you never dare to think that you’re going to get her,” he said. “When she signed on, it then became just a cascading effect. And then when Leonardo DiCaprio came in, I realized there was this happy accident, where this stellar cast was actually enforcing the point of view of the movie: that we’re constantly distracted by celebrity and bright colors, and low news versus high news, and contrarian points of view.”

“Of course,” added McKay, “it didn’t hurt that they all happen to be brilliant actors. So yeah, it got slightly embarrassing. At one point I almost found myself apologizing to my director friends.”

“Don’t Look Up” is now showing in select theaters ahead of Netflix’s December 24 release of the star-studded comedy. Jonah Hill, Ariana Grande, Timothée Chalamet, and Cate Blanchett also feature in the film.