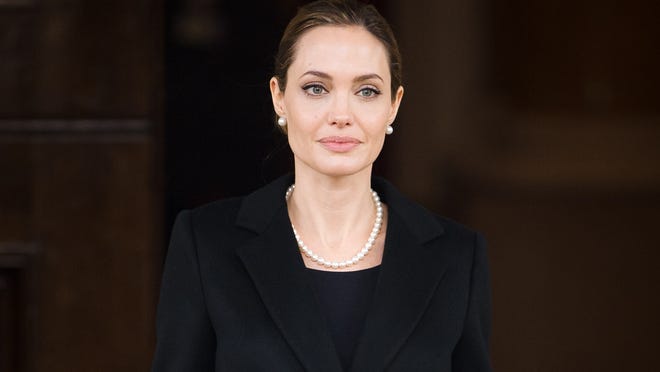 Angelina Jolie may be suing the FBI, according to new reports. According to court records obtained by ET, a lady going by the alias Jane Doe is suing the FBI for information on an alleged domestic abuse incident that occurred on a private plane years ago.

Brad Pitt was the subject of an FBI probe in 2016 after a family flight in European airspace.

“Jane Doe” claims in the case that she has “public status” and wishes to remain anonymous, according to court filings.

The plaintiff is requesting information under the Freedom of Information Act about the agency’s investigation into a domestic violence event that occurred some years ago and involved her and her minor children as victims and witnesses.

According to this woman’s attorney, big shot Amanda Kramer, the reason she wants to remain anonymous is the “impact on the privacy of her client’s minor children.” That request was recently approved by a judge this week, so she’ll be known as Jane Doe from now on.

“Several years ago, while plaintiff, her then-husband, and their children, who were all minors at the time, were traveling via private aircraft, the husband allegedly physically and verbally assaulted plaintiff and the children,” Doe stated in the case.

The FBI started an inquiry, but “publicly announced it was closing its investigation of the incident without further action,” according to Doe, who claims she was not informed of their decision.

The complaint seeks to “better understand the FBI’s investigation and obtain information necessary for her children to receive medical care and trauma counseling” as a result of the event, according to the lawsuit.

She claims that the replies to her request were “legally insufficient,” and she has launched a lawsuit to force the defendants to release further documents.

According to various accounts, the lawsuit aims to uncover damning evidence against Brad Pitt so Angelina Jolie can seek custody of her six children.

“There is little precedent for the FBI sharing information about an investigation that was closed with no charges.”

“Angelina is likely looking for a morsel of information, something else to use against Brad, to hurt him.”

The plane incident occurred in September 2016, for those unfamiliar with Pitt and Jolie’s earlier lawsuit. Pitt was investigated by the FBI when his family reported that during a journey from Europe to the United States, Pitt allegedly got into a furious dispute with Maddox, who was 15 at the time.

ET claims that the FBI examined Pitt in 2016 over an incident aboard their private jet, determining that Pitt did not commit any crimes, according to a person acquainted with Jolie and Pitt’s ongoing custody battle. According to the source, all parties in the disagreement were informed about the probe. According to an FBI representative, the bureau’s policy “prohibits comment on pending litigation.”

Meanwhile, Amanda Kramer, the lawyer who filed the complaint on Jane Doe’s behalf, tells ET, “I am unable to comment on the identity of Jane Doe, who has sought to preserve the family’s privacy. Our position is that victims and survivors should be able to access federal agency records of crimes they experienced or reported, as is common at the state level, so they can advocate for health and trauma care and legal protections for their children and themselves.”