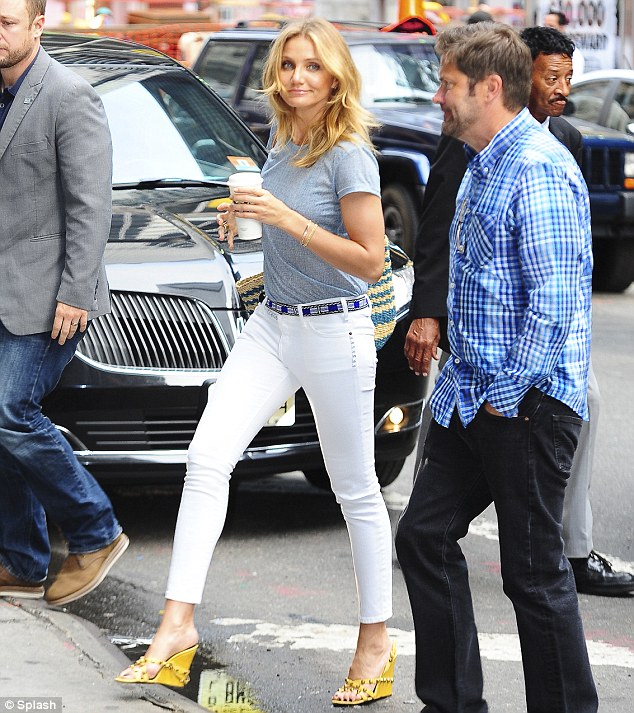 It’s generally unpleasant to be n*de in front of a camera, but the experience can be amusing if you’re doing it with Jason Segel, it turns out.

Cameron Diaz has admitted that while her film, S-x Tape, had some cringe-worthy moments, working with Jason made things a little easier and a lot more enjoyable.

On Monday, the 41-year-old told Robin Roberts on Good Morning America that her former Bad Teacher’s co-star was one of the main reasons she could be n-ked without being too uncomfortable.

‘We are doing some silly things [that] with another person may be really awkward or inappropriate, but we kind of describe it as a locker room vibe… lots of high fives,’ the star of Something About Mary remarked. 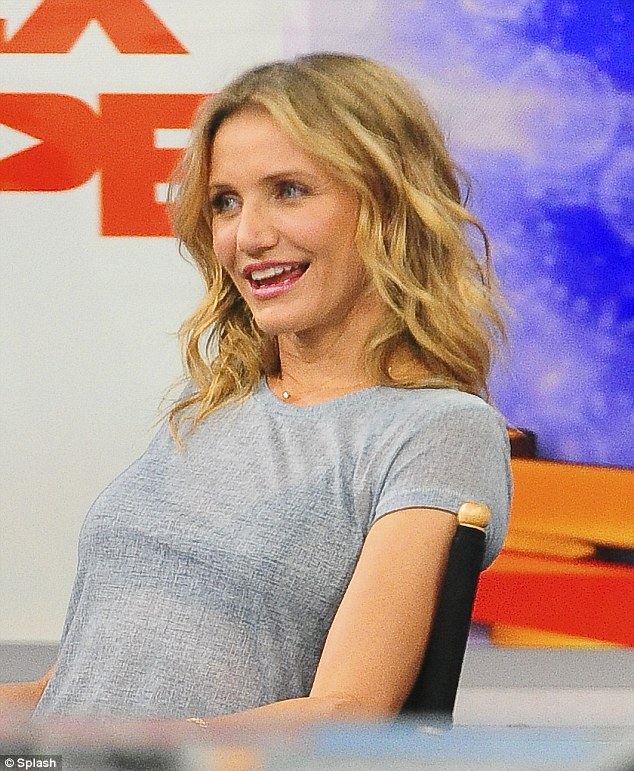 ET spoke with the two at the film’s Los Angeles premiere Friday night, and they suggested everyone was in for a good laugh.

“Cameron and I come at comedy the same way with no sense of pride or shame,” Jason told ET. “For me I’m picturing the audience covering their eyes and that makes anything possible for me.”

Segel highlighted why the film’s honesty and surprising warmth can encourage real couples to go past the slapstick comedy and find value in the story’s climax.

“I think what’ll happen, as opposed to the actual making of a s-x tape, which may happen for some couples,” Segel laughed, “is I think that you’ll get back in your car with your date or your husband or wife, and as you’re driving home you’ll have a laugh about some of the funny things that were in the movie, and then there’ll be a slightly awkward pause where you’ll drive in silence for a minute. And then the real discussion will start about, like, ‘You know, we haven’t had as much s-x as we used to.’ And I think that’s a really good function of the movie, to start that conversation.“

“Maybe we need to communicate our needs a little bit more,” Diaz acknowledged.