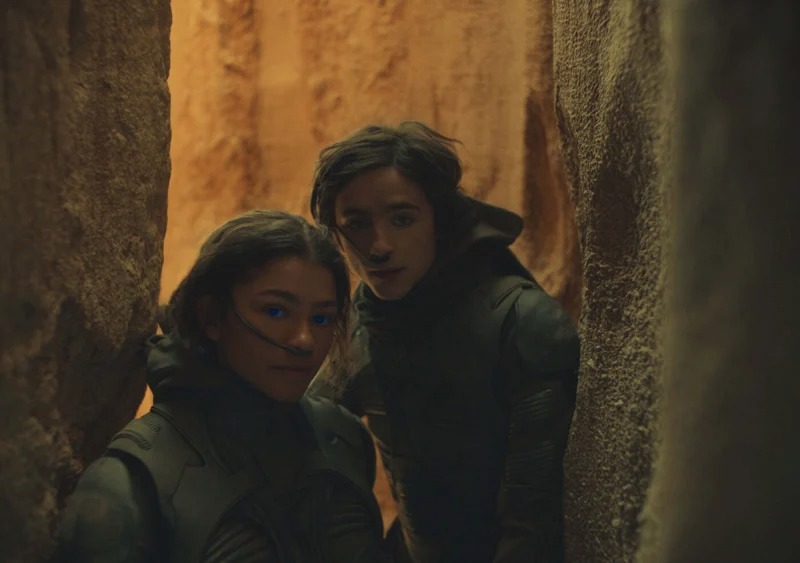 When Zendaya and her “Dune” co-star Timothée Chalamet went into the audition room, she was a little worried.

The 25-year-old actress confesses she “had just had [her] wisdom teeth” removed before auditioning for the sci-fi epic for W magazine’s Volume 2, The Directors Issue, which made her worried about up-close sequences with Timothée Chalamet.

“My biggest fear was that my mouth would be vile, and then I would have to do a scene with Timothée where we have to be really close and he would smell my dry socket breath.”

The Spider-Man: No Way Home actress began to relax once she arrived on set. “As a Virgo, I hate not being in control of things, and spontaneity is difficult for me in real life,” she stated.

“It’s funny because that’s why I love acting so much. It’s the one space in which I can feel safe being spontaneous because I’m not myself; I’m someone else. There are no consequences,” she added.

“Walking in other people’s shoes is my job,” the “Euphoria” star says of what drew her to “Dune.” “when you have this beautiful meeting of escapism, other realms, dimensions, planets, futurist times, but then you can also exist as a human being who’s just going through life and trying to survive and exist [trailing off]… It’s so hard to find the heart in something really, really massive. And there’s no person better at that than Denis.”

In Dune, Zendaya plays Chani, a weird woman that haunts Paul Atreides’ (Chalamet) nightmares. Atreides is one of the aristocracy who have taken over dominating the desert world of Arrakis. Surprisingly, Chani and Paul get closer and fall in love during the movie. Like their characters, the Malcolm and Marie actor and Chalamet, 26, quickly formed a strong connection.

Zendaya told UK Vogue in October 2021, “I was the only other person on the cast that was closer to his age. So he was like, ‘Awesome, someone who understands my jokes!’ He just rolled up with his little boom box [in my trailer],” she said recalling their on-set dance parties to “2000s dance songs like Soulja Boy.”

“We got into a nice, beautiful rhythm,” Chalamet said at the time, “where we were able to snap into focus on scenes but we had so much fun, too. Especially in this industry, it’s nice to have other people who are going through it too and that you can talk to.”

Zendaya went on to play MJ in Tom Holland’s Spider-Man: No Way Home and feature in the smash HBO series Euphoria after Dune. Timothée Chalamet, meantime, was featured in The French Dispatch and is now filming ‘Wonka.’

MORE ARTICLES ABOUT:Zendaya
Continue Reading
Advertisement
You may also like...