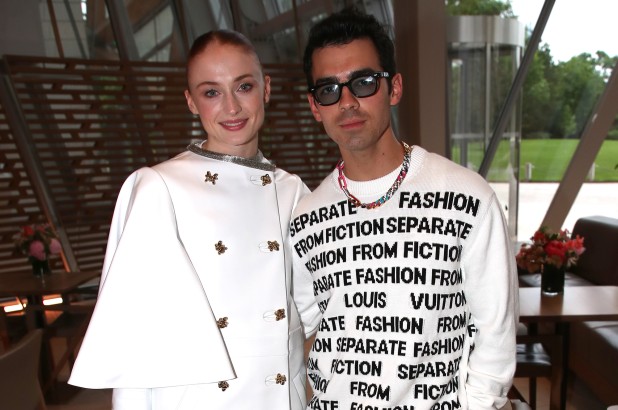 Sophie Turner and Joe Jonas may be expecting their second child!

Turner was spotted affectionately resting her hand on her stomach in images released by the Daily Mail on Valentine’s Day in the Los Feliz district of Los Angeles.

Sophie was dressed in a light lace white vest top, low-slung brown tracksuit bottoms, and a similar colored sweater knotted around her waist.

Turner strolled behind Jonas, 32, who was dressed casually in a blue jacket, a white T-shirt, and pants while holding Willa, their 1-year-old daughter. 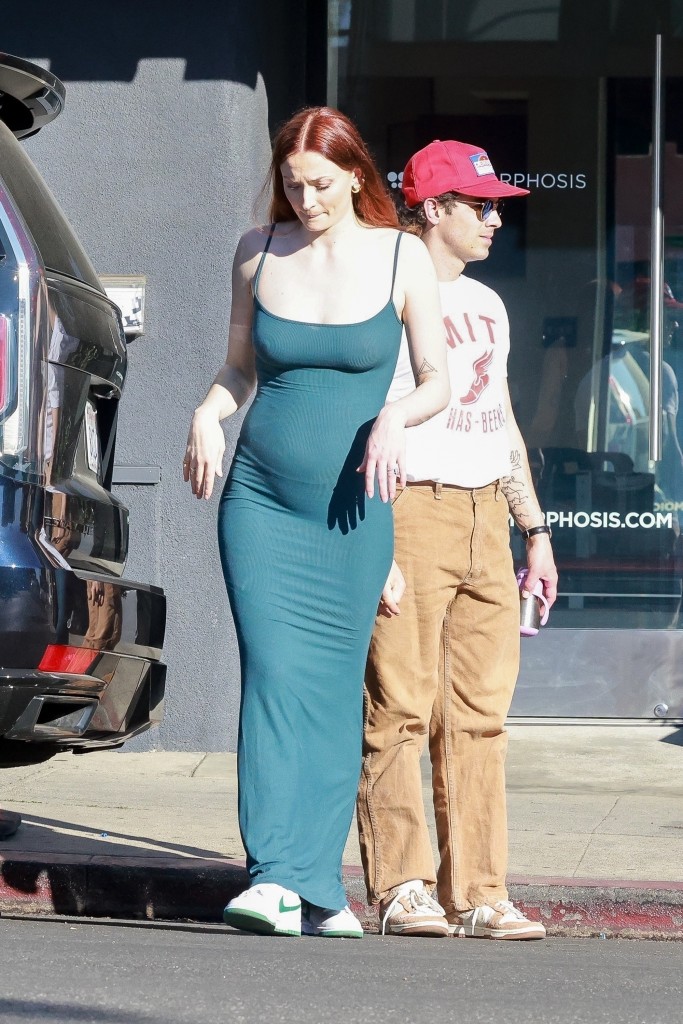 Turner appeared to have a baby bump.
Terma,SL / BACKGRID

Additional photographs from the couple’s lunch date, as reported by Just Jared, showed Turner wearing a lime-green knit dress that looked to show her baby bump a little.

She accessorized the look with white Nike shoes as she and the Jonas Brothers member dined with pals at All Time restaurant in Los Angeles.

Turner attended the Super Bowl with her husband the next day in a loose-fitting Eminem shirt and baggy jeans. 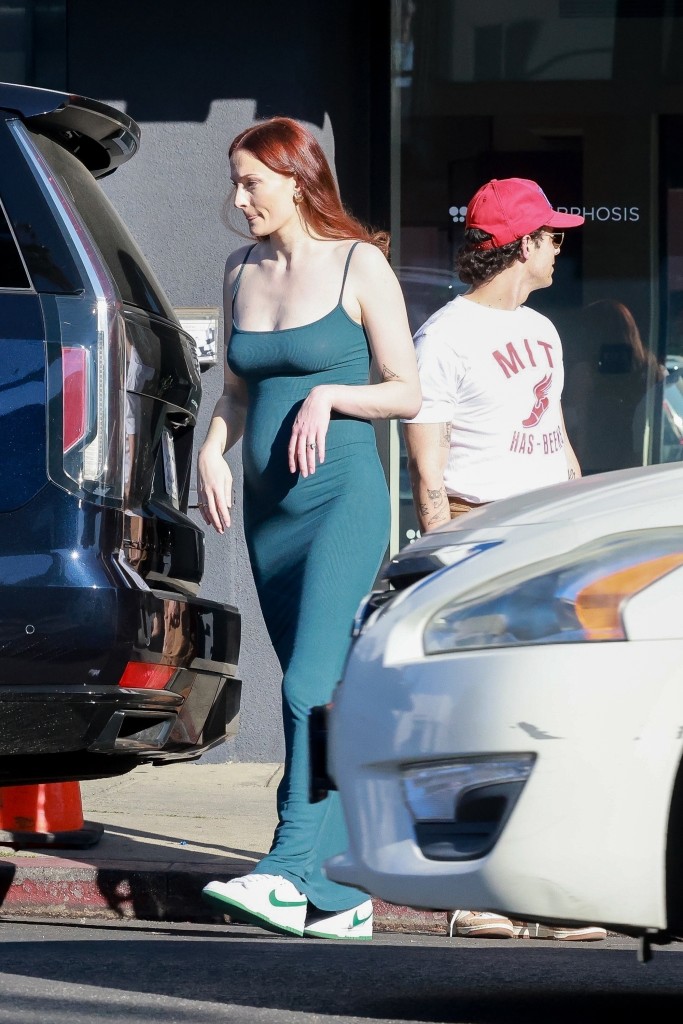 Joe Jonas and Sophie Turner keep their personal lives very private, although they have started revealing bits and pieces of their life recently.

Joe and Sophie have yet to formally announce their pregnancy.

Another Jonas couple had their first child together just a few months ago. Priyanka Chopra Jonas and Nick Jonas revealed last month that they had had a baby via surrogacy. According to reports, it is a girl.

In May 2019, the famous couple married in Las Vegas just after the Billboard Music Awards. They afterwards organized a conventional wedding ceremony with their closest friends and family to commemorate the occasion. Their wedding took place in a lovely, opulent French château.