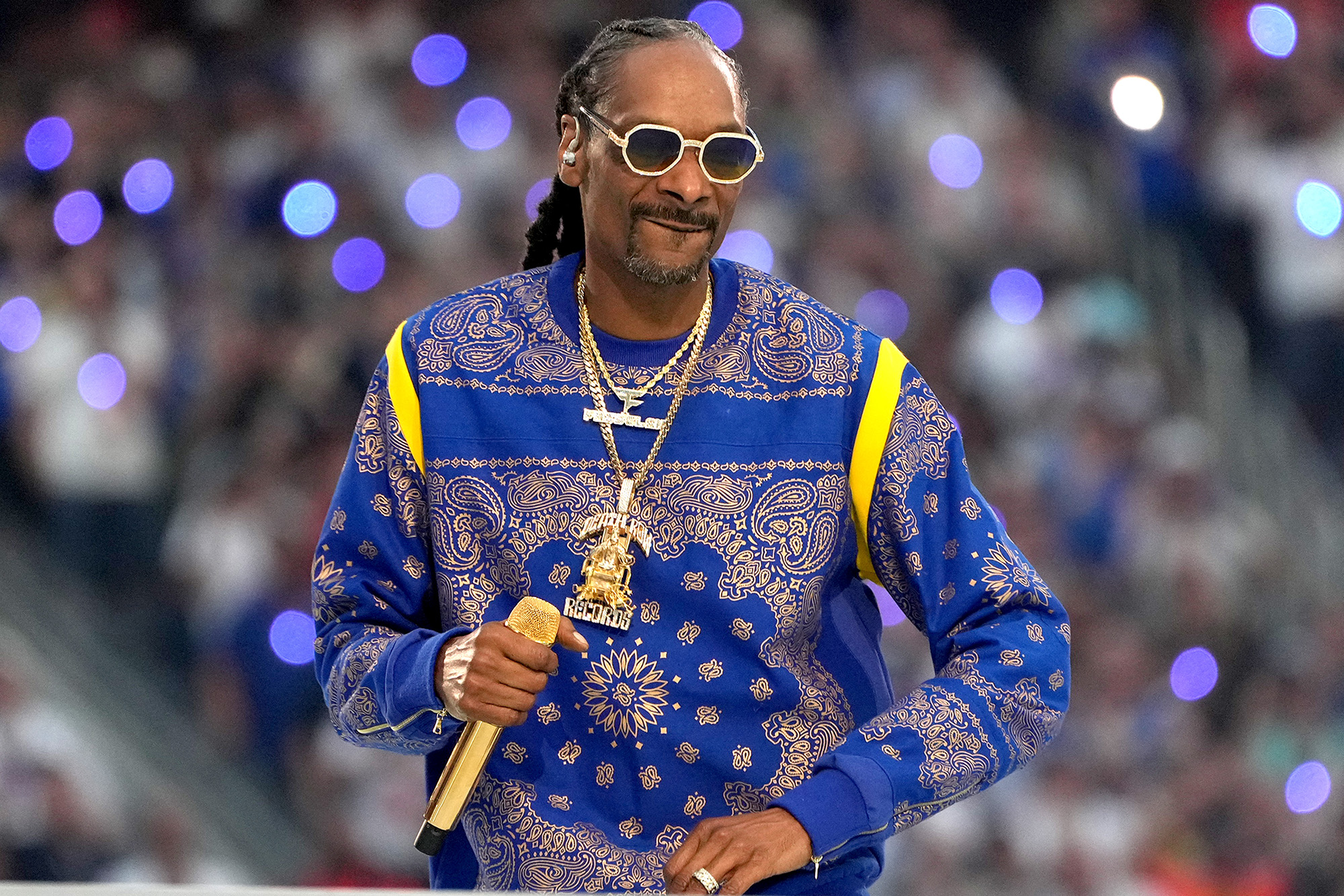 Before hitting the stage for Sunday’s huge Super Bowl 2022 halftime concert, Snoop Dogg had somewhat of a pregame warmup.

Snoop can be seen kneeling behind a platform while silently puffing on a blunt in a video that has now gone viral on social media.

Dr. Dre’s “The Next Episode” kicked things off, and Snoop puts his joint out before positioning himself to appear on stage.

The video, which has 3.2 million views and 36.7 thousand shares, reads, ‘Warming up before going on stage for the Halftime Show.’

Warming up before going on stage for the Halftime Show. pic.twitter.com/dKs6AAzjK8

Marijuana is legal in the state of California, where the game was hosted at SoFi Stadium.

Fans have praised the performance online, with some of the biggest names inside SoFi Stadium, including LeBron James, completely losing it on Sunday night.

One person said: “Snoop has a free pass to smoke weed anywhere in the world. Literally anywhere.”

Another put: “Snoop is unbeatable lol.”

“That man was buzzing in his performance.” remarked a third.

“Exactly the same way I warm up for work, fair play,” someone else tweeted.

Throughout the performance, Snoop dropped bars on the iconic tunes “The Next Episode”, the 2Pac cut “California Love” and Dre’s classic “Still D.R.E.” He dressed in Los Angeles Rams colors with a bright blue sweatsuit paired with a yellow pattern. While cheering on her husband during the big game, Shante Broadus wore an identical attire as well.

Whether Snoop Dogg would get high while performing was such a big subject before the game that betting platform Bovada enabled fans to gamble on it.

The singer of Drop It Like It’s Hot hasn’t been shy about his usage of recreational drugs.

When comedian and talk show presenter Jimmy Kimmel challenged him about smoking in the White House restroom in 2014, he confessed it on his GGN (‘Double G News Network’) Youtube show.

He made news on his 2014 visit to Australia when he uploaded a photo from luxurious Gold Coast hotel, Palazzo Versace, which showed him dining next to a fruit dish and a huge plate of what seemed to be cannabis, which isn’t legal in Queensland.

Aside from Snoop Dogg’s marijuana use, the NFL apparently had additional reservations about the star-studded Super Bowl performance.

According to a source close to Dr. Dre, network executives sought to ‘disgustingly censor’ him before the broadcast, despite the rapper paying $7 million of the $13 million budget himself.

Paul Bettany reacts after texts to Johnny Depp about Amber Heard are made public
Camilla called Meghan Markle ‘that MINX’, seeing her as a ‘self-seeking troublemaker’, expert claims
Advertisement