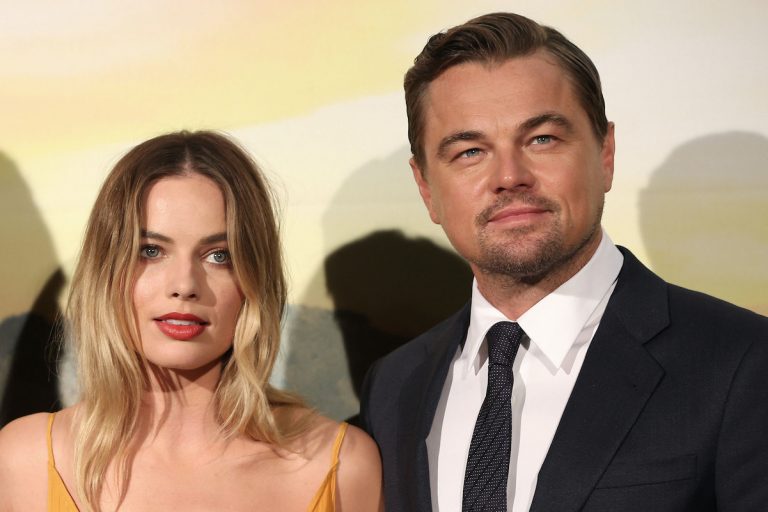 In the 2013 box office smash “The Wolf of Wall Street,” Leonardo Dicaprio and Margot Robbie stole the show and the hearts of the audience with their excellent performances that were both exquisite and nuanced.

There is plenty of s-x and drug usage throughout the film. Margot Robbie was hurt during shooting one famous s-x scene.

Her character was having s-x with Jordan, portrayed by Leonardo DiCaprio, on a bed full of cash in the film directed by Martin Scorsese, which resulted in cuts on her back.

Also, Robbie acknowledged that filming s-x scenes is not as simple as many people believe.

“It doesn’t come across when you’re watching the movie but in reality we’re in a tiny bedroom with 30 crew crammed in. All men,” Robbie told Porter magazine.

“For 17 hours I’m pretending to be touching myself. It’s just a very weird thing and you have to bury the embarrassment and the absurdity, really deep, and fully commit.”

In another interview, Robbie revealed that she prepared herself for the s-x scene by first drinking tequila.

“I was going to work that morning, and I was shaking,” she told the New York Times.

“I did three shots of tequila and then took my clothes off and did the scene, and I was fine. It really helped stop my hands shaking and gave me a little boost of confidence.

Margot was a complete unknown in the Hollywood film industry prior to this film, having only appeared on Australian shows. She had little experience acting in Hollywood films, but ace director Martin Scorsese saw her acting potential and cast her as Leonardo Dicaprio’s wife.

During shooting, DiCaprio and Robbie got close, but there was one scene in particular when he knew she’d make it big in Hollywood: the moment she poured water on his face after hearing him utter another woman’s name in his sleep.

“… Seeing Margot come in and read that scene with me, I just knew I was witnessing a dynamic presence in cinema that was about to be,” DiCaprio told The Sunday Project.