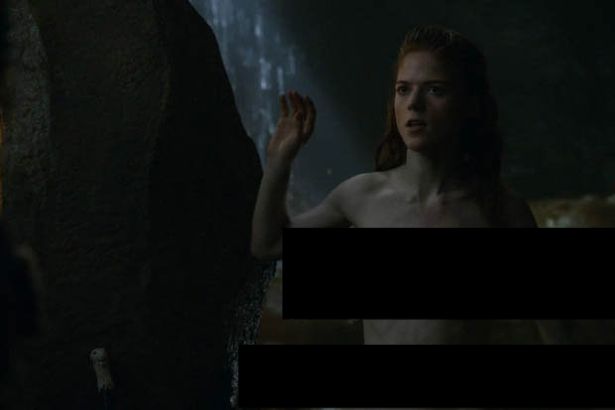 In the last season, the Scottish actress who plays Ygritte wowed audiences across the world by getting totally nude for a graphic sex scene.

The actress told the Daily Star, “It was my first-ever scene like that – and it was terrifying.”

“A closed set for taking your top off would normally mean there would be about four men. That’s what would happen in any other TV production.

“But in the grand machine that is Game Of Thrones it’s not like that. I was naked in a cave with about 30 men watching! I’m there saying ‘Oh, so this is a closed set? Oh, OK’. It was slightly intimidating.”

“The wardrobe ladies on set were wonderful and would rush over with a dressing gown as soon as we cut,” she said of the sequence she filmed with then-boyfriend Kit Harington. “Otherwise I’d have been sitting there almost quite literally as a t**!”

‘That was my first ever sex scene,’ she previously told Guilty Pleasures. ‘You have no idea how many takes that took.’ Any love scene, she argued, had to be justified.

‘I felt certainly within that scene with Jon Snow and Ygritte that it needed to happen,’ she explained.

‘They finally got together and got to show their love to one another. There was no political ploy or tactical play. It was pure romantics.’

“I knew it was coming because once I’d accepted the part I read all the books, so I was well ­prepared,” she explained.

Her father, on the other hand, refuses to watch the show that made her a global sensation.

“He won’t watch my stuff when he knows there’s going to be a sex scene,” Rose explained.

“He doesn’t want to see that – and I’m definitely happy for him not to!”

Prior to Game of Thrones, Leslie appeared in the international hit Downton Abbey, but she insists it was chance that she earned parts in such high-profile programs.

‘I just look for characters that I can resonate with and female characters who are strong and determined and passionate,’ she stated.