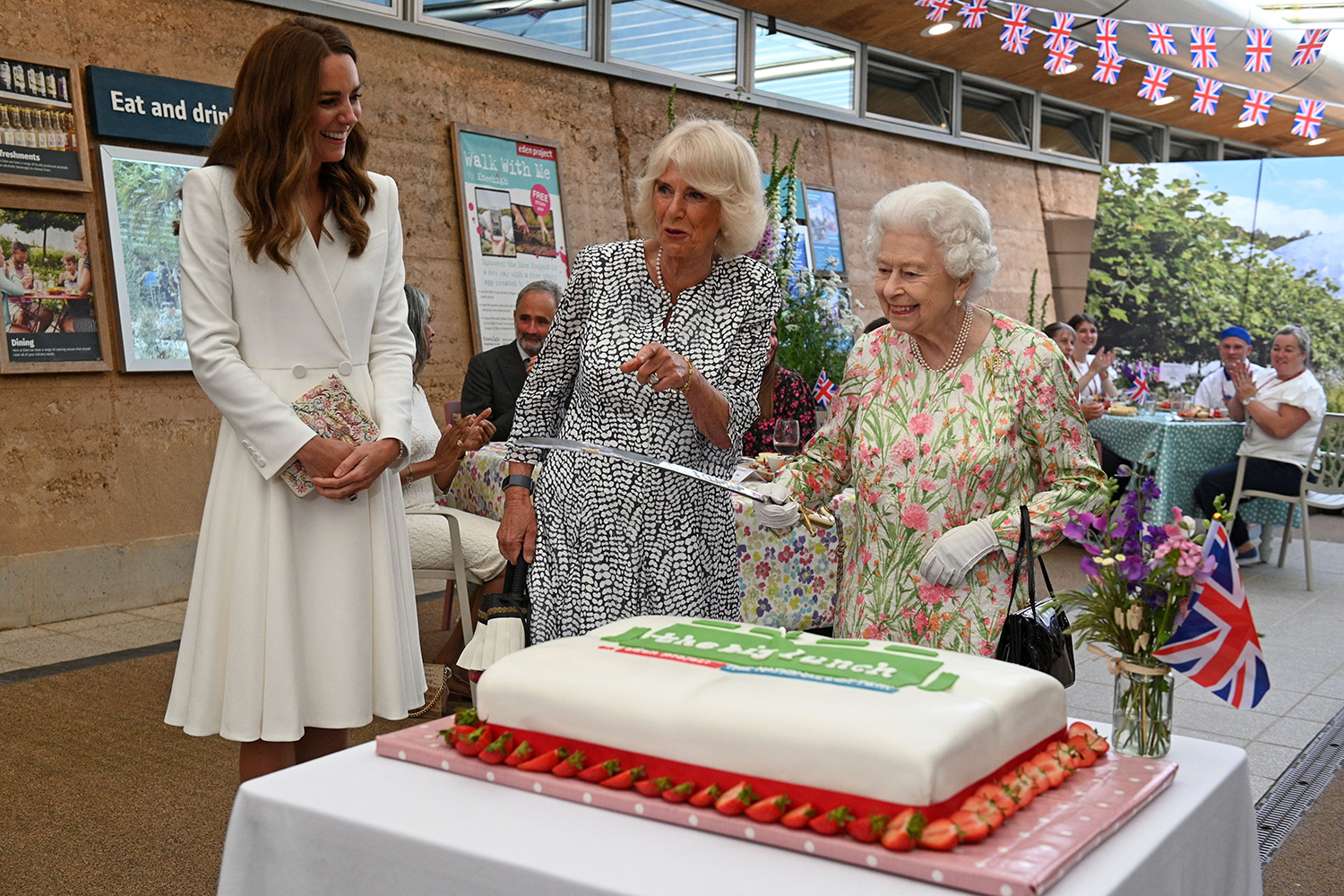 Camilla Parker Bowles expressed her gratitude to the Queen for allowing her to use the title of “Queen Consort” whenever her husband, Prince Charles, becomes King.

On Thursday, Prince Charles’ wife went out on her own in London, stopping by the Nourish Hub community kitchen. A member of the public asked her about Queen Elizabeth reaffirming her desire for Camilla to be recognised as Queen Consort when her husband becomes King over the weekend.

Camilla also chatted with immigrants and volunteers at the West London Welcome organisation, who were preparing Loobia Polo, an Iranian rice-based delicacy, for guests.

Her remarks came on the same day that the Prince of Wales tested positive for coronavirus, although Clarence House confirmed that the duchess’s test result was negative on Thursday morning.

In a letter sent from Sandringham House, where she hosted a banquet ahead of the 70th anniversary of her ascension to the throne over the weekend, Queen Elizabeth II made the surprising revelation that her son’s second wife should be known as “Queen Consort.”

The 95-year-old monarch added in her letter to her subjects, “I remain eternally grateful for, and humbled by, the loyalty and affection you continue to give me. And when, in the fullness of time, my son Charles becomes King, I know you will give him and his wife Camilla the same support that you have given me; and it is my sincere wish that, when the time comes, Camilla will be known as Queen Consort as she continues her own loyal service.”

A day later, Charles and his wife issued their own statement in response to the recognition. “On this historic day, my wife and I join you all in congratulating Her Majesty The Queen on the remarkable achievement of serving this nation, the Realms and Commonwealth for seventy years,” the pair wrote. “The Queen’s devotion to the welfare of all her people inspires still greater admiration with each passing year.”

The pair went on, “We are deeply conscious of the honor represented by my mother’s wish. As we have sought together to serve and support Her Majesty and the people of our communities, my darling wife has been my own steadfast support throughout.”

Camilla and the Prince of Wales, who is 73 years old, married in 2005. This was nine years after his divorce from Princess Diana.

Diana died in a car accident in Paris in 1997, and her marriage to Charles was rocky for years before they called it quits over his romance with Camilla. Prince William and Prince Harry were born of the previous marriage.

Camilla never assumed the title of Princess of Wales after marrying Charles, and she had stated that she “intended” to serve as “Princess Consort” when Charles ascended to the throne.

Buckingham Palace had never addressed Camilla’s title once Charles takes the throne before the queen’s official statement. When the couple announced their engagement, the palace advised Camilla that she “should use” the titles of HRH The Princess Consort, as did the late Prince Philip, who was known as Elizabeth’s consort until his death in April 2021.