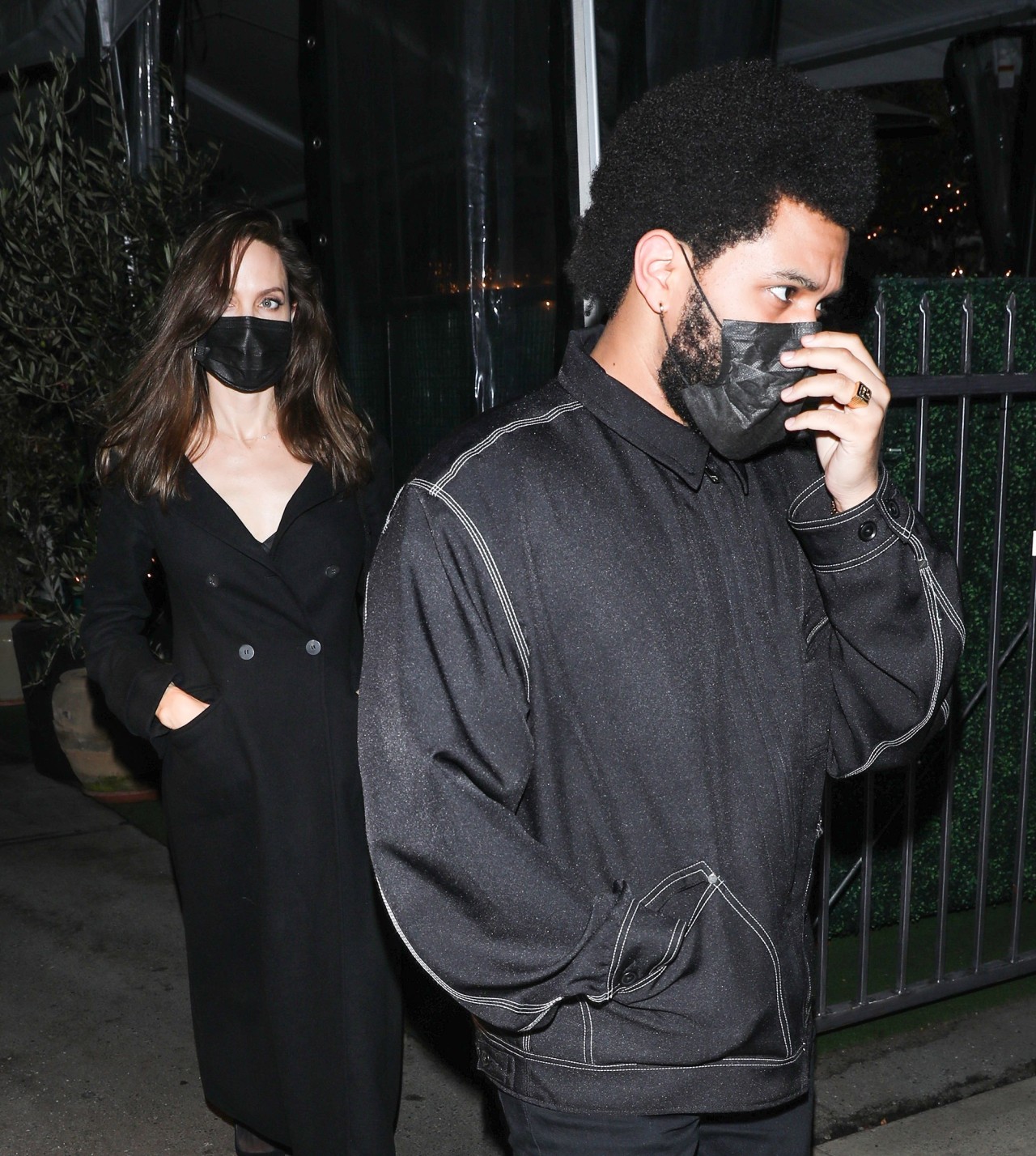 The Weeknd might be hinting about his rumored romance with Angelina Jolie.

On Friday, the musician released his new album Dawn FM, and fans discovered lines in one of the songs that appear to allude to his relationship with Jolie.

The Weeknd talks of a new romance with “a movie star” on Dawn FM’s eighth track, “Here We Go… Again,” which fans have taken as a reference to Jolie’s Hollywood career.

“My new girl, she’s a movie star. I loved her right / Make her scream like Neve Campbell,” the Weeknd sings.

Many fans are debating whether the lines “movie star” allude to Angelina Jolie or not.

The song goes on to say, “But I make her laugh / Swear it cures my depressing thoughts / ‘Cause, baby girl, she a movie star / I told myself that I’d never fall / But here we go again.”

When they were pictured entering Los Angeles hotspot Giorgio Baldi together during the summer, it fuelled speculations that they were more than pals, but a source told Page Six it was most likely business-related.

The insider noted at the time, “They’re clearly not trying to hide [the dinner date]. He’s definitely focused on getting to the movie business. He has the new HBO series he’s starring in.”

Later, the two were seen leaving a restaurant together, and in September, they were spotted at the same private concert.

Listeners have expressed their dissatisfaction with the singer’s lyrics on Twitter.

“So The Weeknd is really dating Angelina Jolie huh,” one person said.

Another said: “Why is my mom like this 😭 tell The Weeknd to leave Angelina Jolie alone so my mom can stop being mad pls”

“And my new girl, she’s a movie star,” a third individual said. “Wait a minute, is this about Angelina Jolie?”

Neither Jolie nor the Weeknd have responded to the allegations.

While promoting her Marvel film “Eternals” in the autumn, Angelina Jolie avoided addressing the nature of their relationship.

When Jolie appeared on E!’s “Daily Pop” with co-star Salma Hayek, host Justin Sylvester inquired if her kids were more thrilled about “Eternals” or her bond with the “Secrets” singer.

“If that’s what you’re asking,” Jolie said, staring at Hayek, “they’re very excited about this film.”

“They’re very excited about this film,” she emphasized.