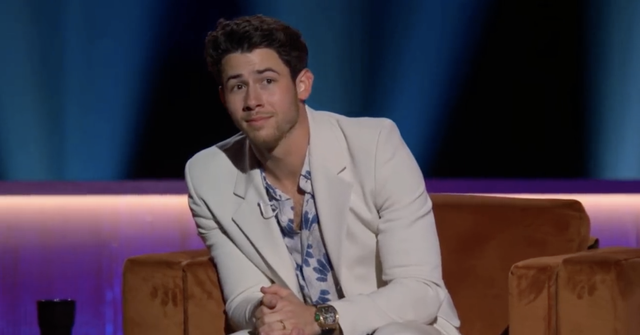 Fans are starting to take Priyanka Chopra’s ‘expecting’ joke at the Jonas Brothers Family Roast in a new light now that she and Nick Jonas have had a baby via surrogacy. She joked on the Netflix episode, which launched in November of last year, that they were ‘expecting’, before adding ‘to get drunk tonight’.

Chopra joked with her husband about their lack of children at the JoBros Roast, which was released on Nov. 23. “I love that I married a man who, like myself, values family. If you don’t know, we’re the only couple who doesn’t have kids yet,” she remarked.  Joe and Kevin Jonas, Nick’s brothers, already have children with their wives, Sophie Turner and Danielle Jonas. Chopra then proceeded to make a joke about a huge development. “Which is why I’m excited to make this announcement. Sorry, babe. We’re expecting,” said Chopra.

She paused for a long moment before playfully saying, “Nick and I are expecting… To get drunk tonight and sleep in tomorrow.” 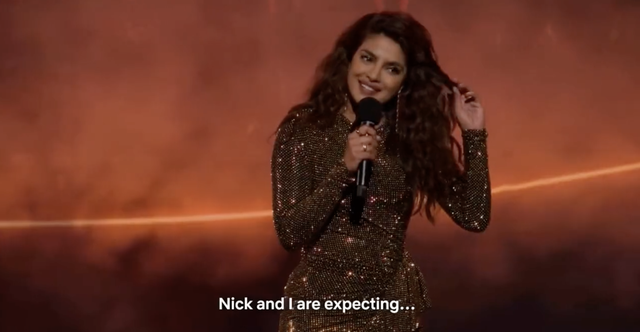 When Priyanka got to the punchline, Nick was noticeably relieved, and she roasted his roast reaction, adding, “Your face when I said that was really funny.”

The video went viral as fans realized Priyanka wasn’t kidding. “Now I understand… why Nick gave THAT expression… Smart and clever! Congratulations,” wrote one person. “Sneaky!!! Congrats to the couple. Can’t wait to see cute pics of the little bub,” another added. “Nick looked so scared lmao. He thought she was going to spill the tea,” said a third.

Priyanka and Nick shared similar posts on Instagram on Friday, announcing the birth of their child, “We are overjoyed to confirm that we have welcomed a baby via surrogate. We respectfully ask for privacy during this special time as we focus on our family. Thank you so much ❤️.”

….to get drunk tonight and sleep in tomorrow! #childfree pic.twitter.com/Zy3nE30HFY

TMZ says that Nick and Priyanka’s baby, a girl, was born last Saturday, despite the fact that ,their announcement posts didn’t reveal much.

In light of the recent baby announcement, Chopra also stated something to Vanity Fair that aroused some concerns. She expressed her wish for children in the magazine’s February 2022 cover story with the actor. “[Kids are] a big part of our desire for the future. By God’s grace, when it happens, it happens.”

Citadel, Priyanka’s next project, is a multi-series starring Richard Madden and directed by the Russo Brothers, with producers from India, Italy, and Mexico. Citadel is Priyanka Chopra’s second Amazon Prime Video project, after the announcement of the Sangeet Project, a sangeet-themed dancing reality program that she will host alongside Nick Jonas. Priyanka Chopra’s most recent film appearance was in Matrix 4.