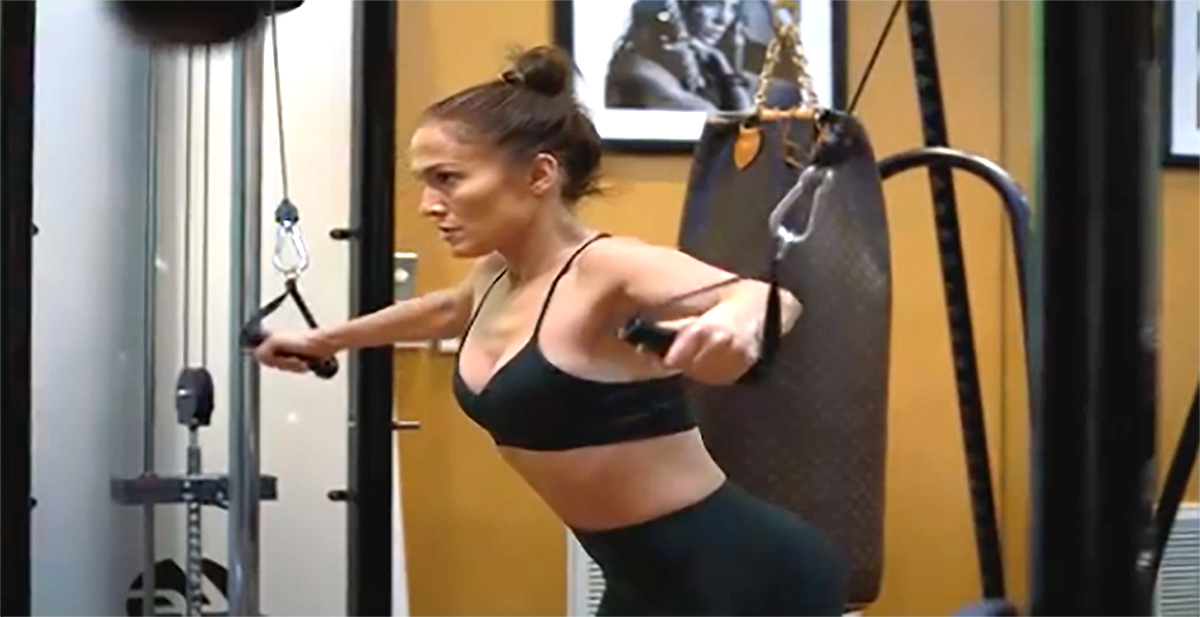 Jennifer Lopez is working on becoming “a better me” in the gym.

On Wednesday, January 19, the 52-year-old singer and actress shared an intense exercise video with followers, showing viewers how she stays in such great shape!

Lopez worked on her upper body with weights and weighted equipment before doing reverse crunches on a bench.

J. Lo likes to change things up at the gym. So, after learning pole dancing, salsa, circuits, and more, it appears like J. Lo will be doing a lot of core work and strength training in 2022. Resistance exercise has been shown to improve her heart, brain, and entire body, so it’s a smart plan!

J.Lo shared a video of herself working out to her new song, “On My Way,” which is included in her next romantic comedy, Marry Me, which will hit cinemas on February 11th, just in time for Valentine’s Day.

Weight training, bicep curls, and rigorous ab workouts were among the routines J.Lo performed in the video. The singer looked incredible in a similar black sports bra and leggings for her exercise.

Lopez’s exercise was called an “inspiration” for fitness by fans in the comments section.

And it all happened in her opulently furnished home gym, which includes a $175,000 Louis Vuitton punching bag and a crystal-encrusted water bottle.

In addition to #WorkoutWednesday, Lopez’s Instagram caption says, “#OnMyWay to a better me”—a great homage to her amazing new hit—with the glitter and muscle flexing emojis. J.Lo drinks from a blinged-out water bottle in between exercises, and we’re wondering where we can get one.

Jennifer has been upfront with her followers about what she intends to achieve in 2022, aside from maintaining her fitness. On January 10, she shared her plans for the new year in a “pensive” Instagram video. She expressed her desire to be the finest version of herself possible. “To be the best mother I can be, the best partner I can be, the best friend I can be, the best daughter, sister, boss – person – that I can be,” she said.

Jessica Alba was ‘horrible’ to work with on Dark Angel, co-star Jensen Ackles reveals
Jason Isaacs “won’t stab JK Rowling in the back!” over trans views