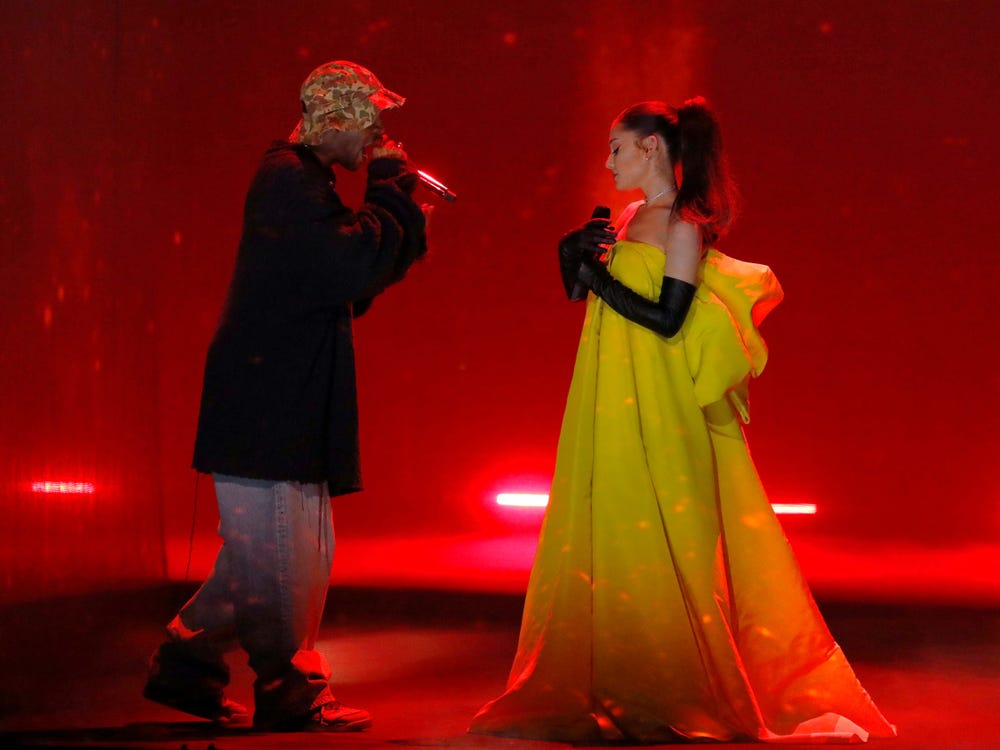 According to director Adam McKay, Ariana Grande improvised sections of her song in the Netflix parody Don’t Look Up.

The film’s storyline centres around two astronomers who attempt to warn mankind about an incoming comet that would destroy the planet. In the film, Grande and Kid Cudi portray prominent pop artists who perform at a concert.

Grande started tossing out off-the-cuff lyrics during a run-through of her delirious duet with co-star Kid Cudi, her on-screen DJ lover, that writer-director Adam McKay recognized as comedy gold, he claimed in a behind-the-scenes interview posted by Netflix Film Club.

“Ariana Grande most certainly did improvise. In fact, her best improv was when she sang the song for the first time,” McKay said. “She’s the one who added all that stuff about ‘We’re all going to die’ and ‘Turn off that shitbox news.’ That was her riffing on the first scratch track of the melody line. And the second I heard it, I was like, ‘That’s going in the movie.’

“And that might be one of my favorite moments in the movie, where you have pretty much the biggest pop star in the world singing beautifully, ‘We’re all gonna die.’ Every time I see it, it’s just this hilarious cognitive dissonance with it. So, Ariana Grande can definitely improvise.”

“Just Look Up” Grande sings in the song “Look up, what he’s really trying to say/ Is get your head out of your a**/ Listen to the goddamn qualified scientists.”

“We really f***ed it up, f***ed it up this time/ It’s so close, I can feel the heat big time/ And you can act like everything is alright/ But this is probably happening in real time/ Celebrate or cry or pray, whatever it takes/ To get you through the mess we made/ ‘Cause tomorrow may never come/ Just look up/ Turn off that s*** Fox News/ ‘Cause you’re about to die soon everybody.”

McKay stated earlier this week that Leonardo DiCaprio’s final line in the film was improvised. He further noted that a shot of the film crew shown during one scene was not an oversight, but rather a way to commemorate filming.

Don’t Look Up is now available to watch on Netflix.

Leonardo DiCaprio, Dua Lipa party with multi-billionaires On A Yacht In St. Barts Over New Year’s
Meghan and Harry ‘looking to sell’ £11m California home because they’re ‘not over the moon’ with luxury property
Advertisement