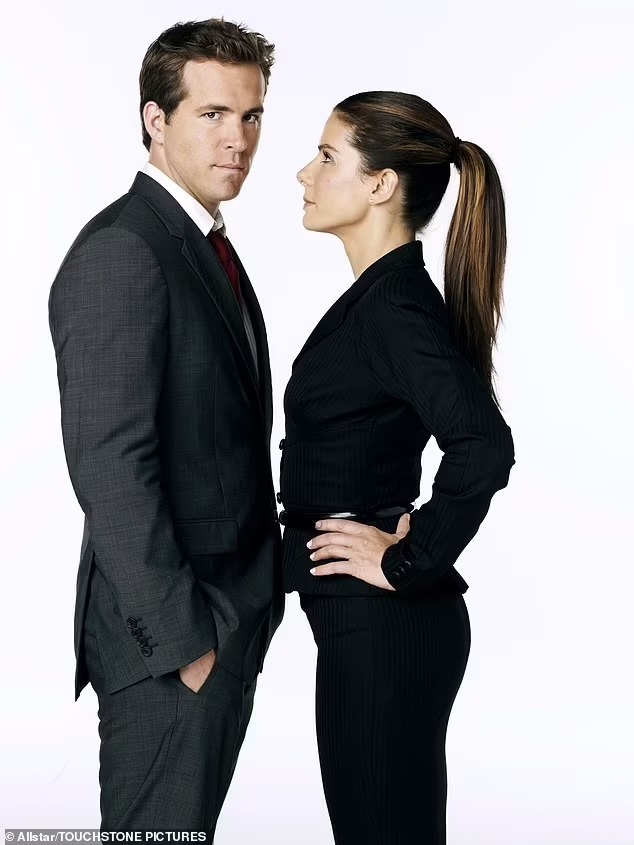 Remember that scene in The Proposal where a nude Sandra Bullock falls onto an equally naked Ryan Reynolds after showering? You do, of course. Bullock is opening up about filming the delightfully scandalous sequence with her costar and director Anne Fletcher, 12 years after the legendary rom-com was released in 2009.

Reynolds portrayed a struggling assistant who married his boss, played by Bullock.

The 57-year-old actress shared her experience on Friday’s edition of Adam Ray’s About Last Night podcast, noting that the 45-year-old accidentally made his naked groin visible to the cast and crew of the film.

Speaking of the onset vibe, Sandra said, “Ryan and I have known each other since we were prepubescent. We go way, way, way back..

“We had to do the naked scene that day and… We had a closed set, which means no one’s allowed to be on there, just hair and makeup coming in to fluff and hide. Ryan and I have these flesh-colored things stuck to our privates, my hair is strategically over the nipples, and Ryan’s little— not little, at all! It’s just whatever’s there, and I don’t know because I didn’t see it, I didn’t look! …”

Reynolds’ private bits were also ‘stuck wherever it needed to be stuck,’ according to the actress.

Bullock went on to say that the sequence took a long time to film and that they weren’t kept in the most comfortable postures throughout.

However, there was one instance when staying focused on, well, not looking was especially difficult. “I hear Anne Fletcher from the darkness go, ‘Ryan, we can see your ball sack!’ I’m like, ‘Oh God!’ because you wanna look down, but I’m like, ‘Don’t look down. Don’t look down,’” Bullock said. “Everyone in the darkness spun around to see if they could find a monitor. I was like, ‘Anne, there’s a way to present that information….’”

The actress minimized the gravity of the issue, saying it was just a “unfortunate incident.”

‘But in friendship, you just didn’t care; it wasn’t my business to look, it’s just there, and then Anne just bringing everyone’s focus to that area,’ she explained. 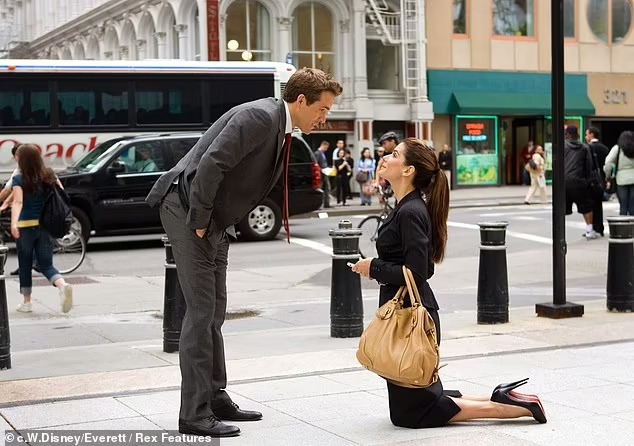 Despite this, Bullock claims Reynolds seemed unmoved by the situation. She described Ryan as “just so cool.”

Bullock remarked that she only consented to film naked for the comic effect, thus the sequence fulfilled the aims she set out for it in the end.

“I was like, ‘I will do this naked scene only if I can be humiliated and funny.’ You will not see me trying to attempt being sexy naked — in real life or onscreen. There’s just no point in it!” she explained.

“It was for that reason, with a friend that you trusted comedically, and safety-wise I knew I was in the presence of safety.”