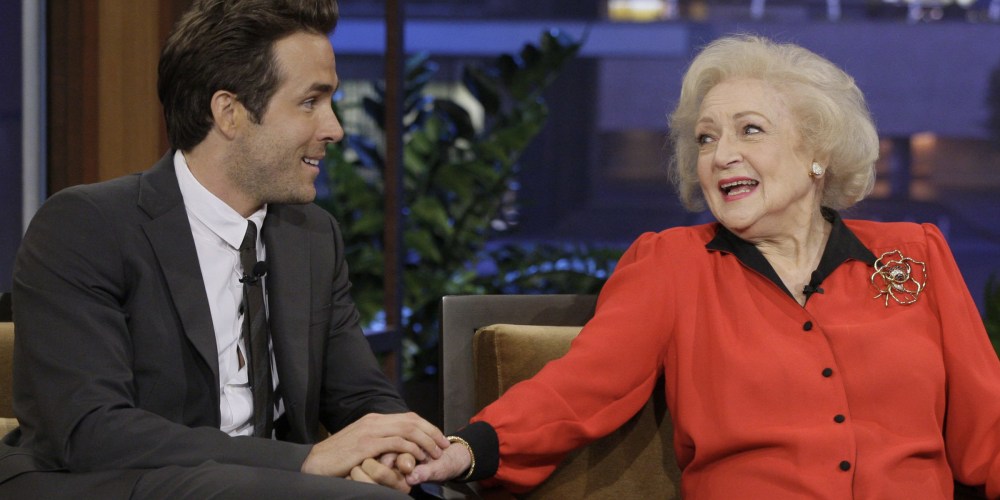 Betty White’s recent joke that Ryan Reynolds still has feelings for her elicited a response from the actor.

The two featured in the 2009 film “The Proposal,” and Reynolds has referred to White as his “ex-girlfriend” ever since.

She joked to People magazine, “I’ve heard Ryan can’t get over his thing for me, but Robert Redford is The One.”

On Friday, the 45-year-old expressed his feelings on Twitter, just after White joked about Reynold’s unrequited love for her.

“I’m absolutely sick of the media exploiting past relationships just to drive clicks.”

Reynolds, who portrayed White’s grandson in the 2009 comedy “The Proposal,” has previously pretended to pine for White. In fact, in his annual birthday tributes to White, he resurrects the myth (which he or White joyfully began) that the two former co-stars are more than pals.

Reynolds sent a birthday message for the Golden Girl actress, whom he referred to as one of his exes, back in 2019.

“I don’t usually post about ex-girlfriends. But Betty’s special,” he said beside a photo of himself and White. “Happy Birthday to the one and only, @bettymwhite.”

The next year, Sandra Bullock and Ryan Reynolds taped a birthday tribute for the renowned actor and comedian.

The 45-year-old actor sought to establish in the video that he adored White more than Bullock. “I mean, does she [Bullock], like, hand-deliver flowers for you and wear nothing but black socks and a dozen gold bracelets, just like you requested? Doubt it” Reynolds said.

In this week’s issue of People magazine, which coincides with White’s 100th birthday celebrations, Reynolds expressed his admiration for the renowned actress, saying he’s been a fan “for as long as I can remember.”

“I heard that Golden Girls scripts were only 35 pages,” he explained, “which makes sense because so many of the laughs come from Betty simply looking at her castmates. [White is] a typical Capricorn. Sleeps all day. Out all night boozing and snacking on men.”

Reynolds most recently starred alongside Dwayne Johnson and Gal Gadot in the Netflix thriller Red Notice.

Leonardo DiCaprio, Dua Lipa party with multi-billionaires On A Yacht In St. Barts Over New Year’s
Daniel Radcliffe said he was ‘an absolute dick’ about Ron and Hermione kissing scene