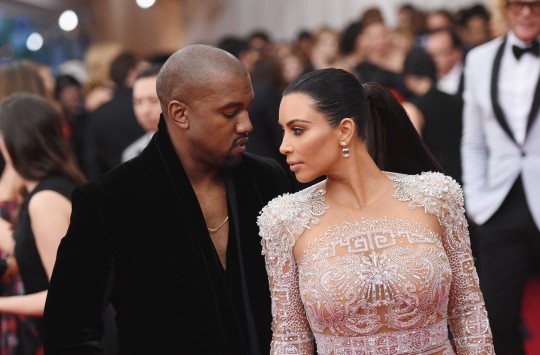 Despite Kanye West’s numerous public efforts to win her back, Kim Kardashian has made it obvious that she is not interested in reuniting with him. Kim filed paperwork asking to be declared “legally single” and go through with her divorce from Kanye, according to People.

Kim wants to become legally single, according to the docs, while she and the rapper work out the details of child custody and property distribution, according to TMZ.

After six years of marriage, Kim filed for divorce from Kanye in February. North, 8, Saint, 6, Chicago, 3, and Psalm, 2, are the couple’s four children, and she had requested shared legal and physical custody. At the time, a source told ET that the rapper was pleased with the shared custody arrangement and that the two were devoted to co-parenting. According to the source, neither Kim nor Kanye planned to fight their prenuptial agreement and were now working on a property settlement deal.

Kardashian will essentially separate her marital status from her slow-moving divorce from the rapper, so that the two will only have to deal with issues of child custody, property, and other possessions. “The parties’ marriage has irremediably broken down. Petitioner no longer desires to be married to Respondent,” the new filing reads.

“There is no question that the marriage of the parties is no longer viable. Petitioner has no desire to reconcile with Respondent and wants their marriage terminated. Irreconcilable differences have led to the irremediable breakdown of the marriage, and there is no possibility of saving the marriage through counseling or other means,” the document states.

Kim has allegedly been “attempting to settle this manner since she filed her Petition for Dissolution of Marriage in February 2021” and has sought out to Kanye and his lawyers to take the case ahead, but they have “been nonresponsive,” according to the filings.

In addition, the KKW Cosmetics mogul wants to revert to her maiden name and abandon the surname West.

The former Keeping Up For the Kardashians star’s newest action comes just one day after Kanye pleaded with her to “run back” to him at a concert in Los Angeles on Thursday. While performing “Runaway” during the Free Larry Hoover Benefit Concert with Drake, he updated the lyrics, singing, “I need you to run right back to me, more specifically, Kimberly.”

Kim was in the crowd, together with North, Kim’s mother, Kris Jenner, and her boyfriend, Corey Gamble.

Even in the midst of her relationship rumors with SNL actor Pete Davidson, West has been open about his wish to reconnect with Kardashian in recent months. He asked Kardashian to return in a “Thanksgiving Prayer,” saying that God would “bring KimYe back together.”

Kim bought their shared Hidden Hills, Calif. house for $23 million in October, indicating that the couple was making progress in their divorce. By November, Kanye was still referring to her as his “wife,” claiming on Revolt TV’s Drink Champs that there “ain’t no paperwork” proving otherwise.

He added, “I ain’t never even seen the papers, we’re not even divorced… That ain’t no joke to me. My kids want their parents to stay together. I want us to be together.”

Kim has moved on from Kanye, and is now dating Pete Davidson. In recent weeks, she and the Saturday Night Live star have been seen on multiple occasions together.

“Kim has been protective of Kanye and his feelings and has been trying to keep her hangouts with Pete low-key, because she doesn’t know how he will react,” a source recently told ET.

Kardashian has maintained her aspirations to become a lawyer throughout her divorce proceedings, and she revealed on Monday that she had passed the “baby bar exam,” one of two bar examinations that certain prospective attorneys in California must pass. “In California, the way I’m studying law you need to take 2 bar exams, this was just the first one but with the harder pass rate,” Kardashian wrote on Instagram. “I was told by top lawyers that this was a close to impossible journey and harder than the traditional law school route but it was my only option and it feels so so sooooo good to be here and on my way to achieving my goals.”

Kardashian also highlighted her late father, Robert Kardashian, who was also a lawyer, in her post: “I know my dad would be so proud and he would actually be so shocked to know that this is my path now but he would have been my best study partner. I am told he was notorious for making fun of people who didn’t pass on their first attempt like he did, but he would have been my biggest cheerleader!”

Kristin Davis ‘angry’ over criticism of her and her co-stars’ appearances on And Just Like That
Watch: Nicolas Cage plays himself in ‘The Unbearable Weight of Massive Talent’
Advertisement