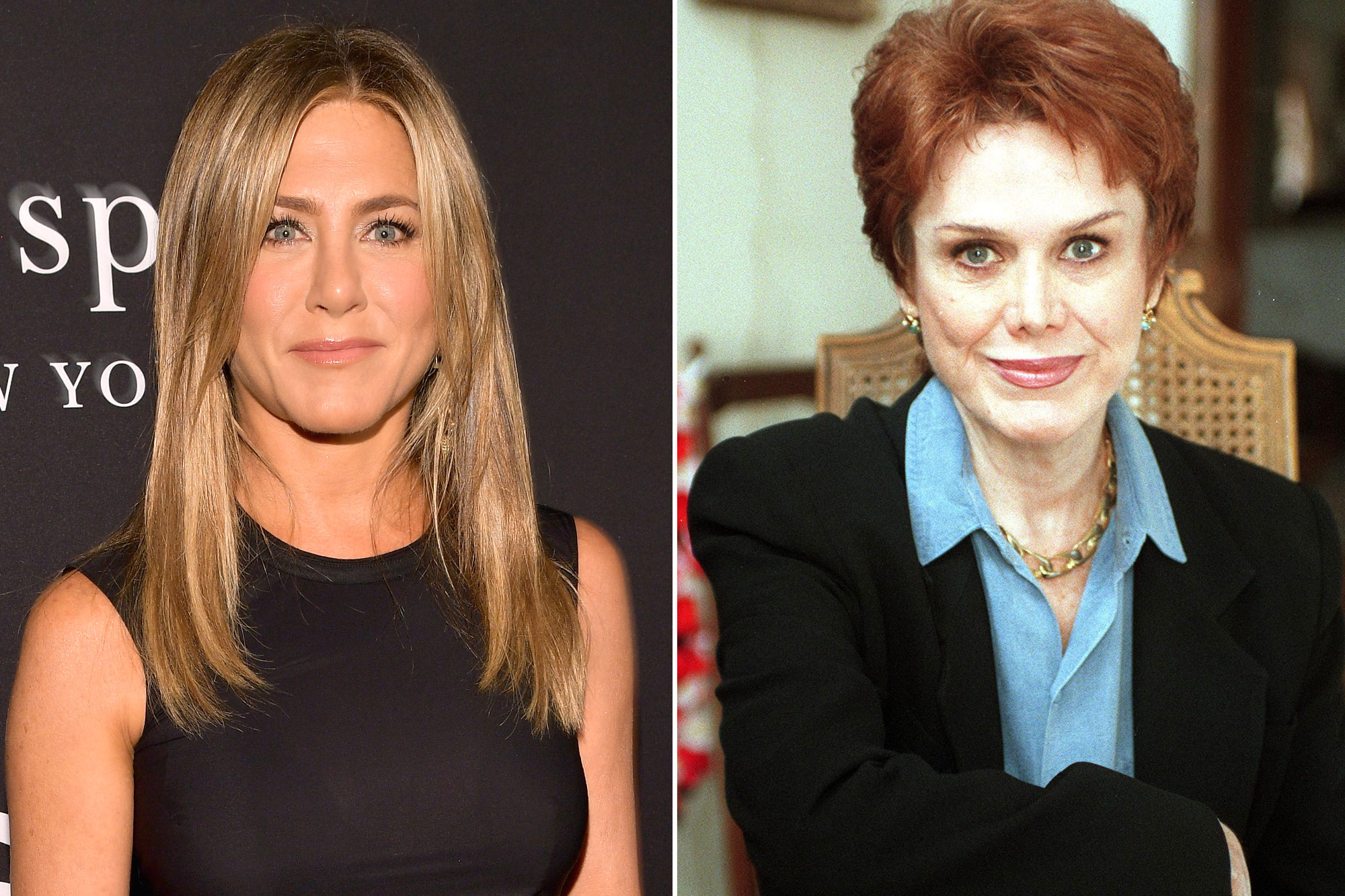 As she prepares to premiere her Netflix film ‘Dumplin,’ about a complicated parental relationship, Jennifer Aniston is talking about her late mother Nancy Dow.

In a recent interview with Elle magazine, the actress discusses her tumultuous childhood relationship with her mother, and how it turned her into the woman she is now, as well as serving as inspiration for her character Rosie, a former pageant queen with a plus-sized daughter.

She told the newspaper, “She was a model and she was all about presentation and what she looked like and what I looked like. I did not come out the model child she’s hoped for and it was something that really resonated with me.”

Jennifer Aniston stars as a former beauty queen who, in order to relive the glory days of her youth, prefers to devote all of her time and energy to the Texas pageant circuit than than her own daughter (Danielle Macdonald), who has little interest in her mother’s favorite hobby. Aniston earlier expressed her hope that the Netflix film “opens up the dialogue between moms and daughters” in a statement.

When questioned if her relationship and the one shown in Dumplin’ are similar, Aniston allegedly said, “Where do we start?”

“[Dow] was a model and she was all about presentation and what she looked like and what I looked like,” she said. “I did not come out the model child she’d hoped for and it was something that really resonated with me, this little girl just wanting to be seen and wanting to be loved by a mom who was too occupied with things that didn’t quite matter.”

“One of the reasons I really loved the mother-daughter aspect of it was because it was very similar in a way to what my mother, and our relationship, was,” Aniston said, according to the publication.

Aniston continued, “This movie is so special because it is about stripping away those preconceived notions of beauty, trying to become individuals and not feeling that we have to live up to some unrealistic ideal that society is feeding up to us…

Aniston claims she observed her parents’ marriage disintegrate from an early age, leading to a childhood in which her mother became an emotionally exhausting figure. “She was from this world of, ‘Honey, take better care of yourself,’ or ‘Honey, put your face on,’ or all of those odd sound bites that I can remember from my childhood,” the Dumplin’ actor remembers.

The actress and her mother eventually drifted away, but Jennifer claims that as she grew older, she realized that her mother, who was also an actor, was merely doing her best. “My mom said those things because she really loved me. It wasn’t her trying to be a b–ch or knowing she would be making some deep wounds that I would then spend a lot of money to undo,” the 49-year-old reasons. “She did it because that was what she grew up with.”

While the Friends alum may not have been the “model child” her mother desired, she did end up following in the footsteps of her father, Days of Our Lives star John Anniston, who featured in The Beverly Hillbillies.

Dow and the 49-year-old were estranged for several years after Dow released a tell-all book about her daughter in 1999, and the two had previously spoken about their rocky relationship. “She was critical. She was very critical of me,” Aniston told The Hollywood Reporter in 2015. “Because she was a model, she was gorgeous, stunning. I wasn’t. I never was. I honestly still don’t think of myself in that sort of light, which is fine.”

“She had a temper. I can’t tolerate that. If I get upset, I will discuss [things]. I will never scream and get hysterical like that. [But] I was never taught that I could scream. One time, I raised my voice to my mother, and I screamed at her, and she looked at me and burst out laughing. She was laughing at me [for] screaming back. And it was like a punch in my stomach,” Aniston continued. “She was also very unforgiving. She would hold grudges that I just found so petty.”

Dow died at the age of 79, according to a statement from Aniston to PEOPLE in May 2016.

“No matter how complicated and difficult the relationship between Nancy and Jennifer may have been, it is heartbreaking for any daughter to lose her mother,” a source close to the family told PEOPLE after Dow’s death.

“Nancy fought a very long battle, with many ups and downs, and Jennifer is grateful for the happy times they shared,” the source added.

Meghan Markle upset after backlash over Ellen appearance, She Barely Leaves The House
Hayden Panettiere returns to Instagram after reuniting with ‘abusive’ boyfriend