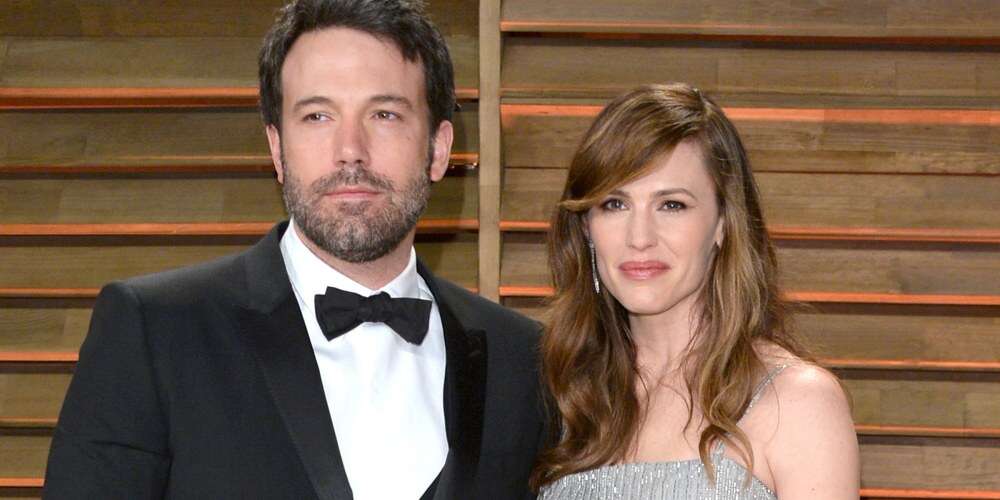 Ben Affleck has sparked outrage after implying that if he had stayed married to Jennifer Garner, whom he divorced in 2015, he would still be drinking.

Garner fans are showing their love and support for the actress on social media after he remarked on Tuesday’s Howard Stern program that he’d ‘probably still’ be drinking if the couple had been married – something he subsequently said was taken out of context.

When he realized he wasn’t happy with Garner, the mother of his three children, he turned to booze as a coping mechanism, according to the 49-year-old Oscar winner, who restarted his romance with pop singer Jennifer Lopez early this year.

“Part of why I started drinking was because I was trapped,” Affleck told Stern, adding that he’d “probably still be drinking” had they not split. “I was like, ‘I can’t leave because of my kids, but I’m not happy, what do I do?’ And what I did was drank a bottle of scotch and fell asleep on the couch, which turned out not to be the solution.”

“We probably would’ve ended up at each other’s throats. I probably still would’ve been drinking,” Affleck candidly admitted.

“The truth was we took our time, we made the decision, we grew apart. We had a marriage that didn’t work. I knew she was a good mum, and I hoped she knew I was a good dad. I had to get sober, and I acknowledge that.”

Affleck co-starred with Garner in 2003’s “Daredevil,” and has been upfront about his drinking. They married in 2005, and their divorce was finalized in 2018. Violet, 16, Seraphina, 12, and Samuel, 9, are their three children. According to sources, he had even called out to her for assistance, and she helped him in receiving therapy. While married, he claimed the children remained a focus point for him.

Twitter users have been quick to reply to Afleck’s statements after his participation on the show. Clearly in Jen’s favor, several admirers even pointed out that she was the one who drove him to a recovery center in 2018, three years after they announced their divorce.

Others expressed their sympathy for Garner, saying she deserved to be treated better. In post-divorce interviews, Affleck has spoken highly of Garner, but statements about being “trapped” and drinking obviously irritated many. It’s also worth noting that Garner stood at Affleck’s side during his battle with alcoholism, even after they parted up.

“Ben Affleck, Jerk. Has sunk as low as you can go blaming his marriage to Jennifer Garner for His and His alone responsibility for drinking,” one person commented.

“Ben Affleck blaming Jennifer Garner proves he also has an accountability problem as well,” someone wrote.

“Ben Affleck should have kept this story about Jennifer Garner to himself,” another person wrote. Especially since she continued to be supportive of him after the divorce.”

“#BenAffleck don’t blame your drinking problem on JG. Its all YOU,” someone else commented.

“Sorry Ben Affleck, Jennifer Garner and your children were the ones that were trapped living with an alcoholic and will bear the scares of your drinking,” one person chimed in.

“Ben Affleck made it sound on Stern that marriage to Jennifer Garner was so insufferable that it drove him to drink,” another person wrote. “Even if he believes that, you don’t say it for the sake of the kids or to be a person of integrity. Maybe Jennifer Lopez should re-think things.”

A day later, Ben appeared on Jimmy Kimmel Live to criticize the media for misrepresenting his views. “[They] made it seem like I was saying the exact opposite of what I said… They said I had blamed my ex-wife and that I was ‘trapped’.

“It made me out to be the worst, most insensitive guy… But that’s not true. I don’t believe that. It’s the exact opposite of who I am and I really wouldn’t want my kids to think I would say a bad word about their mum.”

Tom Holland tears up after Spider-Man: No Way Home premiere
Keanu Reeves Chooses Between Living as John Wick or Neo in Real Life