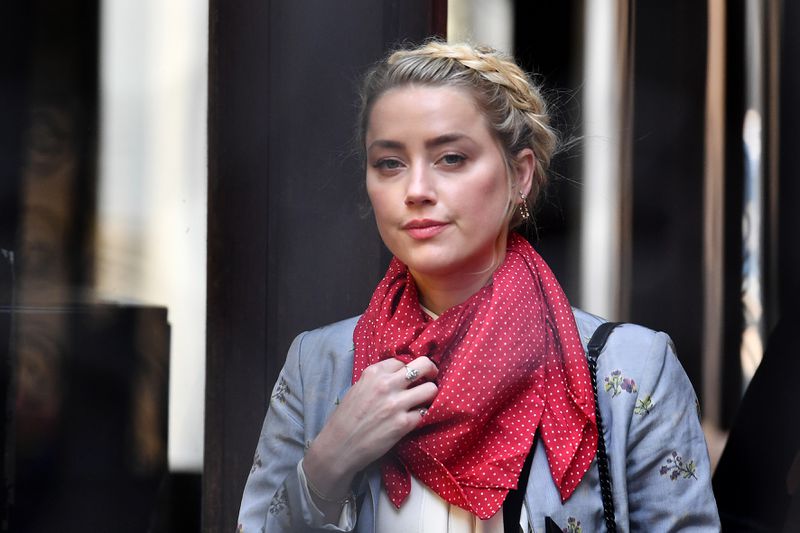 Actress Amber Heard testified under oath that she never cheated on ex-husband Johnny Depp with Tesla CEO Elon Musk or actor James Franco, and that she never feigned injuries to implicate him.

Heard, 34, is testifying on behalf of the Sun newspaper, whose publisher, News Group Newspapers, is being sued by her ex-husband Depp for libel over a 2018 piece in which he was referred to as a “wife beater.”

The Sun’s publisher and its executive editor, Dan Wootton, were sued by the “Pirates of the Caribbean” actor for allegedly defaming him and harming his career.

According to the defense team for the newspaper, the piece was based on 14 incidences in which Heard accused Depp of assaulting her in various settings throughout their rocky two-year marriage, including Los Angeles, Australia, Japan, the Bahamas, and aboard a private plane.

Heard has been questioned about conversations she had with Elon Musk.

The actress was accused of covertly meeting Musk while Depp was abroad filming Pirates of the Caribbean 5.

When asked about the High Court accusations, Heard said, ‘Not that that matters much, but no.’

When confronted with a security guard’s assertion that Mr Musk visited their Los Angeles penthouse in 2015, Heard responded, “He was wrong, I wasn’t in communication with Elon until 2016.”

The actor’s lawyer, Eleanor Laws said: ‘Time and again, you have accused him (Mr Depp) of being jealous, but we can see here you are in communication with someone. Were you telling Mr Depp about this?’

Mr Justice Nicol, the trial judge, interjected, and Laws said that she was trying to “challenge the suggestion that there was illogical jealousy.”

“All jealousy can be deemed illogical,” she remarked.

Heard tells Musk in text conversations that she is planning to get a restraining order against Depp.

‘I’ll arrange 24/7 security for you,’ the billionaire says, adding, ‘The offer would stand, even if you never wanted to see me again… anyway, sorry for being an idiot. The radio silence hurts a lot. It only matters because I really like you.’

For the second day in a row, the “Aquaman” star provided a previously unseen photo of her right cheek and eye, which seemed damaged from an alleged incident on May 22, 2016. That evening, she said Depp threw a smartphone at her face “like a baseball pitcher.”

She claims the 57-year-old “Pirates of the Caribbean” actor assaulted her at least 14 times, threatening to kill her on many occasions, and that he slapped, punched, head-butted, and kicked her during violent, jealous outbursts fueled by heavy drinking or drug use.

Depp denies punching Heard and claims that the allegations are false.

After the final attack, Heard, 34, said she decided to seek for a restraining order against Depp, telling a pal he was “completely delusional and crazed.”

In the aftermath of the alleged attack, she said she reached out to her “support group” before going to court to make the abuse claims public for the first time.

The 34-year-old model, who was dressed in a white knee-length dress with braided hair for court on Tuesday, claimed that no one noticed her injuries because she donned makeup after leaving her house.

Heard also denied having an affair with James Franco after being shown surveillance footage of the two of them at the Eastern Columbia building.

Laws asked: ‘Are you trying to avoid being seen by the camera there?’

Ms Heard replied: ‘We were talking. He was saying to me “Oh my god, what happened to you?”

Depp allegedly threatened to harm her face or pay someone to assault her if she left him, telling her, “The only way out of this relationship is death.”

In 2017, the couple split, a year after she secured a restraining order against him. For years, the 57-year-old actor and his ex-wife have accused each other of physical and mental abuse.