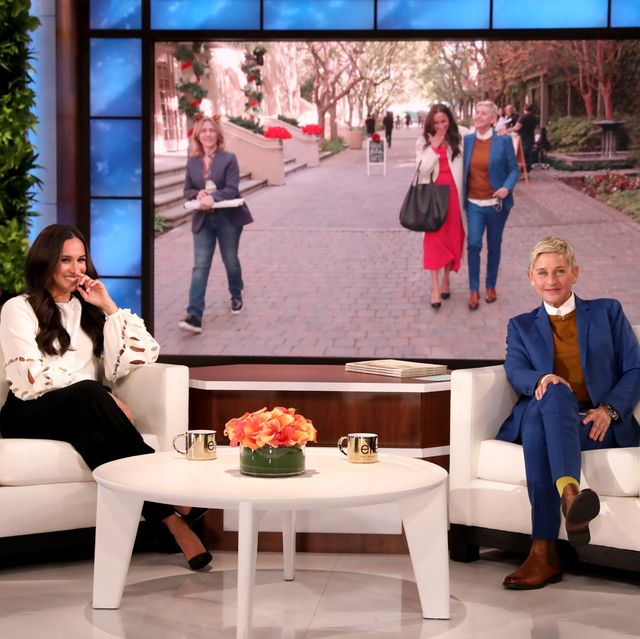 Meghan, Duchess of Sussex, has shown on The Ellen DeGeneres Show that she is no longer bound by royal tradition. Meghan gave street vendors the prank of their lives when she took on Ellen DeGeneres’s classic IFB stunt—and the result was a masterpiece. It included doing random squats in public and addressing herself as “Mommy.”

Meghan donned a concealed earpiece while Ellen, 63, gave her weird directives and lines while mingling with individuals on the Warner Bros. lot for the comedy skit.

Meghan mewed in cat ears, ate spicy sauce on crackers like a chipmunk, and put a large crystal to her face when a pretend assistant urged the trio of merchants to treat her the same as everyone else. They could hardly stop giggling.

“Let Mommy taste some. My boo loves hot sauce,” Meghan said to one of the vendors who had a table full of hot sauces. “Mommy wants some heat.”

Meghan was instructed to remove a baby bottle from a purse that Ellen had previously given her and take a gulp from it after she had tried the strongest sauce the vendor offered.

“Mommy needs some milk,” she said.

Meghan was also told to brag to a crystal salesman about her “healing powers,” later in the episode. “Can you feel my powers?” she joked to the salesman after touching all of the crystal samples. The Archewell founder then pressed a rock to her brow and began chanting, eliciting some strange expressions.

Later on “The Ellen DeGeneres Show,” Ellen and Meghan welcomed Brittany Starks, a Tennessee mother and hairdresser who got herself through hard times by braiding schoolchildren’s hair for free. She has since founded the nonprofit A Twist of Greatness.

TisBest, the show’s philanthropic partner, donated $20,000 to her cause. Meghan and Harry matched it with an additional $20,000 donation.

“We were so touched by your story,” Meghan said Starks as she hugged her.

Her visit on Ellen, which also featured a discussion on the Halloween costumes her 2-year-old son Archie and 5-month-old daughter Lilibet wore, was her first daytime talk show interview since marrying Prince Harry in 2018.