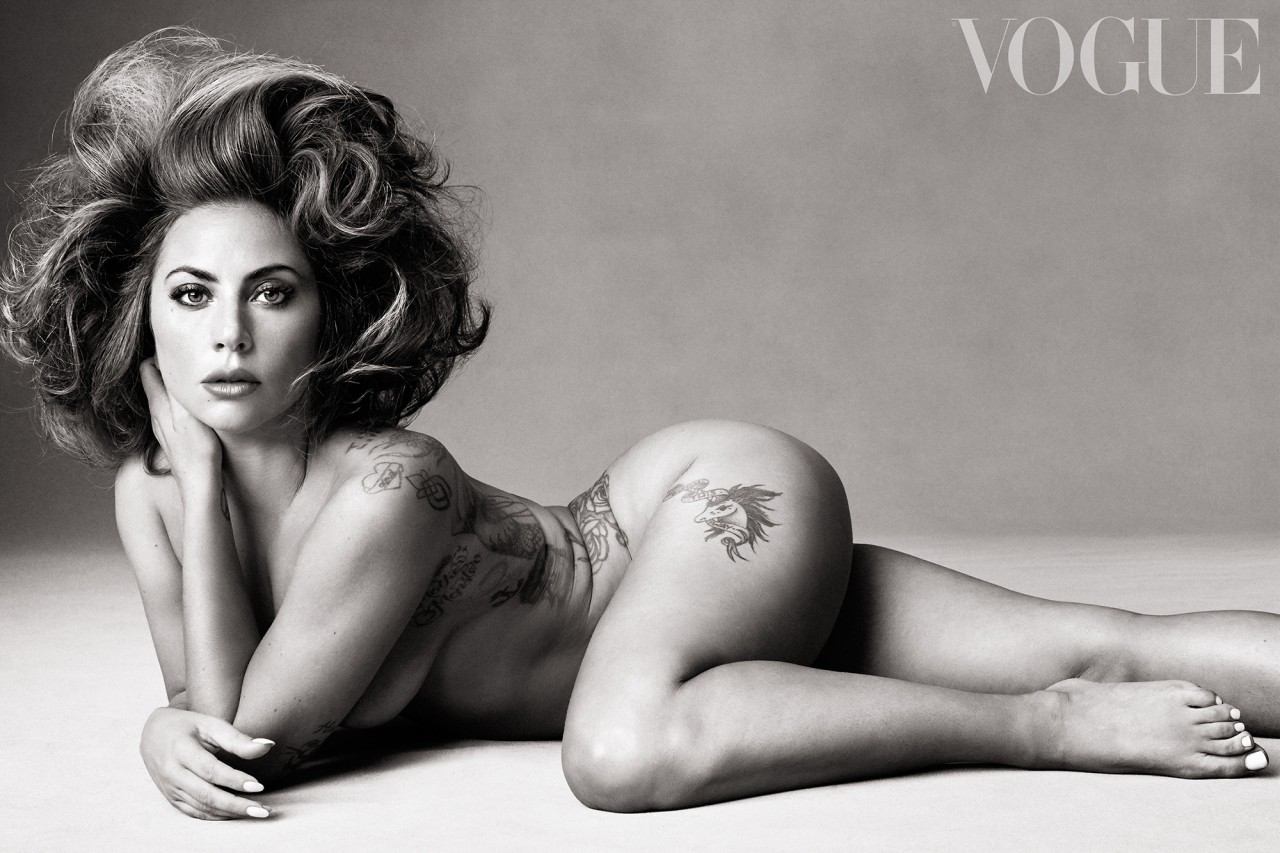 Lady Gaga bares it all in Vogue.

In a wonderfully dramatic portrait by legendary photographer Steven Meisel, the pop superstar, 35, fronts the December issue of British Vogue as well as the November edition of Vogue Italia.

She is styled by Edward Enninful, the editor-in-chief of British Vogue, who dressed her in “something fabulous” as seen in Schiaparelli Haute Couture, which is based on a 1930s perfume bottle from the design house’s archives.

An electric blue mullet, dazzling violet eye makeup, and a slick of glossy red lipstick were added to the “House of Gucci” star’s gilded and beautiful gown, adding additional more drama to the equation.

Gaga wears additional high-octane couture inside the magazine, including a colorful patchwork matador jacket with one of Schiaparelli’s now-signature golden nipples and an explosion of pink-and-white tulle ruffles by Tomo Koizumi.

Lady Gaga stripped and struck a posture on the floor in an extremely lovely photo. 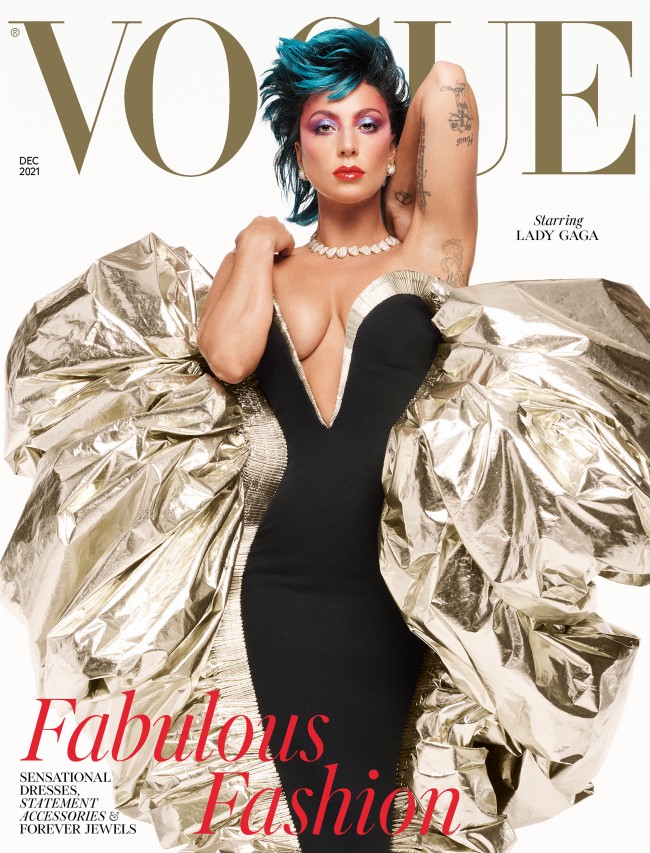 The pop singer and actress, 35, also flaunted her tattoos.

“Whatever I wear, I will be serving painful Italian glamour from within,” she assured the team at her fitting for the shoot.

Lady Gaga talked about being “transparent” when playing the Italian socialite in the highly awaited film. “It is three years since I started working on it and I will be fully honest and transparent: I lived as her [Reggiani] for a year and a half. And I spoke with an accent for nine months of that,” she explained.

Off-camera, Gaga also talked in an accent, stating, “I never broke. I stayed with her.”