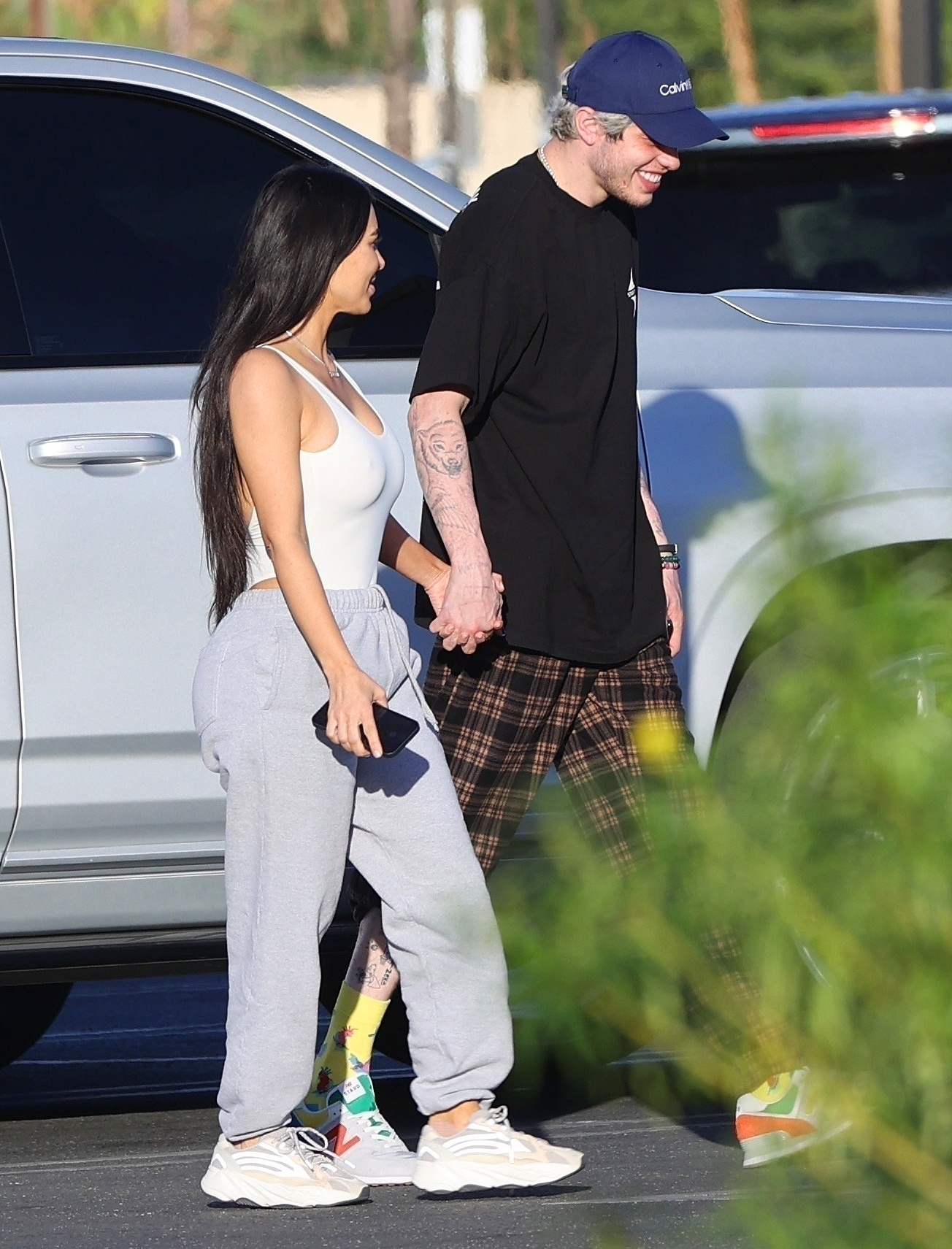 Okay, so Kim Kardashian and Pete Davidson are now officially a thing — and there are photos to prove it.

Kim and Pete appeared to confirm their relationship status earlier this week when they were seen holding hands on a stroll in Palm Springs.

Some onlookers noticed she was wearing a pair of Yeezy Boost 700s from her estranged husband Kanye West’s renowned footwear line and shared their opinions on social media.

“These Yeezys in this context are easily my favorite things she’s ever worn,” one commenter said alongside photographs of Kardashian and Davidson smiling and holding hands as they walked.

“After Kim Kardashian was seen holding Pete Davidson’s hand while wearing Yeezys, Kanye has announced on his next date he’ll be in Skims,” another netizen joked alongside a photo of the “Gold Digger” rapper wearing one of Kardashian’s Skims.

After Kim Kardashian was seen holding Pete Davidson’s hand while wearing Yeezys, Kanye has announced on his next date he’ll be in Skims. pic.twitter.com/4828qI38bY

“I can’t believe ppl are looking at this picture & all they are up in arms about is that Kim is wearing yeezys w/ her new bf,” they wrote. “Umm, did you happen to see Pete’s outfit? It’s like when my kid can’t remember if it’s crazy sock day, pajama day, or mismatch day so they choose all 3.”

“Kim Kardashian out here walking hand in hand with Pete Davidson, whilst wearing Yeezy’s! Someone check on Kanye maaaan,” another user wrote, expressing concern about the Grammy winner.

Another internet poster posted that Kardashian’s excursion with Davidson was a major advertisement for Yeezy. “Talk about accidental exposure. An easy day for Yeezy social team,” the netizen said.

The TV personality’s shoe choice was surprising given that her and Kanye divorced in February and have since moved on in their dating life.

The KKW Beauty entrepreneur and Davidson were initially romantically linked last month when they were pictured holding hands on a rollercoaster at Knott’s Scary Farm in Buena Park, California. The appearance occurred only a few days after they shared an onstage kiss during a spoof during her SNL hosting debut on October 9. At the time, a source told PEOPLE that they were “just friends hanging out.”

And now, Kim and Pete’s relationship is apparently going well. A source told ET Online earlier this week that they’re “connecting on a deeper level.”

“Kim and Pete are dating and having a great time together,” the source said. “Pete is a romantic and goes out of his way to make Kim feel special. Kim thinks Pete is hysterical and he’s constantly making her laugh, but they also have been connecting on a deeper level.” 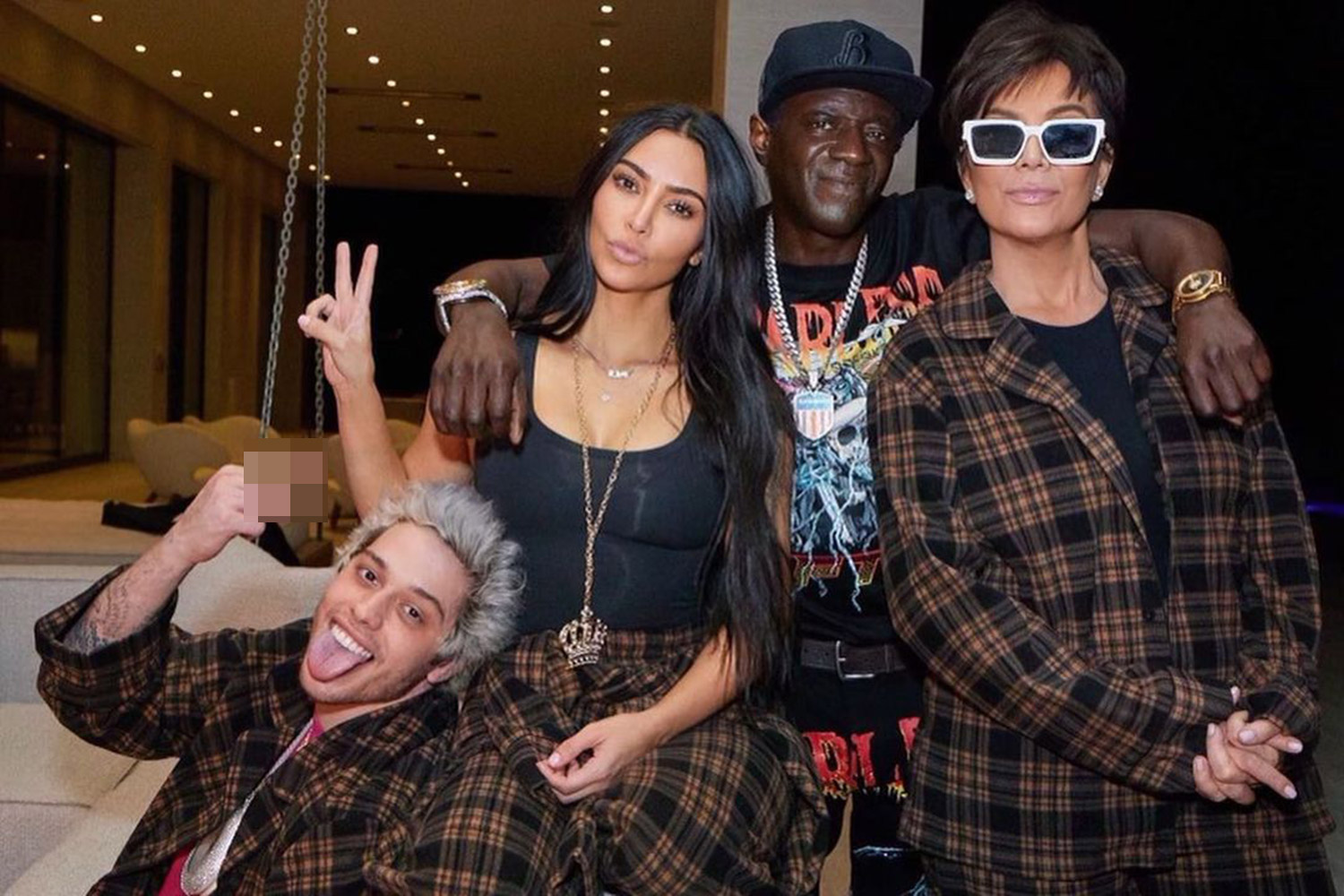 Davidson celebrated his 28th birthday earlier this week at Kris Jenner’s Palm Springs home, where he was accompanied by Flavor Flav. Davidson, Kardashian West, and Jenner, 66, all dressed up for the event in SKIMS loungewear ensembles.

“They were very affectionate and seem more serious. He is very sweet to Kim. She is smitten,” a source said. “They have plans to see each other again soon.”